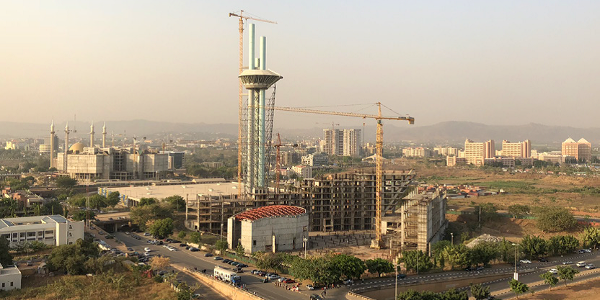 Below is a trip note published by Old Mutual Investment Group, following a visit by its Equities team to Nigeria.

We travelled to Nigeria in early February for two days of meetings with policymakers in Abuja and two days of meetings with corporates in Lagos. The mood was cautiously optimistic, following a recovery in oil prices, stable oil production and the introduction of a new foreign exchange window in 2017 having led to an easing of the foreign exchange liquidity crunch (which was arguably one of the main drivers of the recession of 2016/17).

After contracting for five consecutive quarters, GDP growth turned positive in the second quarter of 2017. This turnaround was due to a recovery in oil production, despite growth being held back by the services sector, which continues to shrink. So, at best, it’s a fragile recovery, exacerbated by inflation, which remains stubbornly high. However, policymakers are undaunted by the high inflation rate and are full of plans and initiatives – no doubt also motivated by the upcoming 2019 elections.

As always, every time we travel to a country we gain first-hand knowledge that is not always available from reading news articles or research reports. Our first meeting in Abuja was with Mainstream Energy, an electricity-generating company. Mainstream is unique in that it operates two hydroelectric power plants – most of Nigeria’s power plants use natural gas.

As a reminder, Nigeria undertook large-scale privatisation of its electricity sector in 2013, following a reform process that started in 2003. The sector was unbundled into the typical generation, transmission and distribution components of the electricity value chain. Despite all of these initiatives, performance of the sector has not improved much. Out of an estimated 12,522 MW of installed capacity, only 7,141 MW is available, on average, and only 3,879 MW is, on average, actually operational. Put differently, the sector operates at less than 10% of capacity. The key issue seemingly facing the sector is an ill-conceived and overly complicated revenue model, which leads to cash flow constraints throughout the value chain. This problem is exacerbated by the fact that the privatisation process was largely debt funded – hence operators have to also contend with onerous debt service obligations.

Our meeting with Mainstream Energy focused on the various initiatives aimed at fixing the sector, but one comment, in particular, left me quite flabbergasted: only 30% of the country is metered. I did some digging around and found out that the latest percentage of customers that have electricity meters is actually 46%. This means that 54% of customers receive estimated electricity bills. The problem with estimated billing – over and above the “estimated” part of it – is that more often than not customers don’t agree with the estimate. This leads to delayed payment or no payment at all. The solution seems simple enough: install pre-paid electricity meters for all customers, but it seems that the distribution companies (or DISCOs) are too cash strapped to afford this (a bit of a “chicken and egg” situation). The National Electricity Regulatory Commission (NERC) has identified a number of possible solutions, namely a meter service provider (MSP) scheme, a modified Credited Advance Payment for Metering Implementation (CAPMI) and a franchising scheme. All of these solutions seem rather complex, but any progress would be better than no progress at all.

Secretary-General of the National Union of Electricity Employees, Joe Ajaero, said: “Somebody said that there is a model for privatisation and I have asked, what model did we use in Nigeria? From which country did we borrow the model? In India, you can go to a store and buy your meter, but is that so here? In fact, in every market, even if you want to buy garri, there is measurement for commodities; you have a cup to measure the garri.” He continued: “But you have electricity being generated without following it up with a form of measuring instrument. There are no meters, you generate power and people are charged based on estimation but then we say we’ve arrived with respect to privatisation.”

As a consequence of the inadequate and unreliable on-grid power supply, Nigerians have to resort to off-grid solutions – primarily using expensive and polluting diesel and petrol generators, of which there are an estimated 60 million in the country. Trade data shows that Nigeria spends roughly US$500m a year on importing generators, although this dropped between 2015 and 2017, as a result of foreign currency shortages. Over the past 12 years, Nigerians have spent approximately $5.5bn on generator imports, and this number does not include the cost of fuel required to run the generators. Interestingly, the chart above also highlights Eskom’s woes in South Africa, which led to a big spike in generator imports, first in 2008 and then again between 2013 and 2015.

The cost of getting elected

Another interesting meeting was with the National Bureau of Statistics. The upcoming 2019 election is expected to have a positive impact on growth, as the incumbent government ramps up spending in an attempt to deliver on earlier promises. Interestingly, real estate also gets a boost, as politicians sell their assets to generate cash for campaigning. Apparently, one needs around ₦1bn (around $2.8m) to become a senator and around ₦3-5bn ($8-14m) to become a state governor.

As a reminder, Nigeria is a federal republic, comprised of 36 states and one federal territory (where the capital city Abuja is located). The legislative branch is represented by the National Assembly, which is, in turn, comprised of the Senate and the House of Representatives. The Senate has 109 members and the House of Representatives has 360 members. This means that spending by electioneering politicians can easily exceed $1bn. It is strange that would-be senators would be willing to spend that much money when their salary will be a seemingly frugal $55,000 per year. The big bucks, however, come in the form of very generous allowances that push up estimated annual remuneration well north of $500,000 a year. These are all estimates, however, as disclosure around actual remuneration (including allowances) is quite opaque – resulting in a lot of discussion and debate. The one hard number that we do have is the allocated $393m for the National Assembly as a whole – this is from Nigeria’s 2017 budget, published after many years of keeping its budget a secret.

Despite its idiosyncrasies, Nigeria is a large and important market for us. It has the largest and most liquid stock exchange in sub-Saharan Africa, after South Africa, and has a good range of the so-called BBCC stocks – banks, brewers, consumer and cement. During our visit to Lagos, we also met with some of the listed banks – the banking sector in Nigeria is never dull. The oil price collapse of 2015/17, and subsequent foreign exchange liquidity crisis leading to a recession, put the sector under considerable strain. Much of the focus has been on non-performing loans in the oil & gas sector, but last year news broke that one of Nigeria’s telecommunications companies Etisalat Nigeria had defaulted on a very large syndicated loan. Almost all the banks had exposure to this loan – the original loan was of $1.2bn, but at the time of default the outstanding amount had reduced to around $600m. Etisalat, which is based in the UAE, was required to transfer its shares in the Nigerian business to the banks. Etisalat Nigeria was subsequently rebranded to 9Mobile and put up for sale. At the time of our trip, the sale process was still underway, but a preferred bidder (Teleology) has since been announced. The terms of the transaction have not yet been released.

Another point of discussion was the level of interest rates. Most banks have been preoccupied with managing their existing loan portfolios – for instance, Zenith Bank has restructured almost 70% of its oil & gas loans and 22% of its power sector loans. Last year, however, high Treasury bill yields made lending to the real estate sector less of a priority – with rates on the short end of the yield curve spiking as high as 20%. Both banks and international investors (ourselves included) decided to put their money into these instruments.

The Central Bank of Nigeria (CBN) has kept its policy rate at a fairly steep 14% since mid-2016, so there was some debate on when the CBN will start cutting the policy rate. To some extent, the rate itself is moot, because the linkage between the policy rate and actual interest rates is quite weak. However, the CBN does employ a range of policy interventions – some quite unorthodox – in managing overall liquidity. As an example, the bank hiked the cash reserve ratio (CRR) from a low 1% in 2010 to the current 22.5%. The CRR was originally hiked all the way to 31%, but this was on local currency deposits only and excluded foreign currency deposits. The CBN subsequently synchronised the CRR at the current level for both domestic and foreign currency deposits. The unorthodox part of this policy is the CBN’s treatment of cash reserves by maintaining a bank’s reserve deposits at a sort of high-water mark level – if a bank’s required reserves drop, the CBN fails to return/release it back to the bank.

The Old Mutual African Frontiers strategy has about 27% exposure to Nigeria, with positions in the banks, consumer companies and Africa’s largest cement business, Dangote Cement. We have been reluctant to take positions in the brewers, who are facing increased taxes, falling margins as consumers trade down, and intense competition following ABInbev’s (originally SABMiller) entry into the market via International Breweries. The Nigerian naira has also been under intense pressure in recent years, but following two rounds of devaluation and the introduction of a special foreign exchange window for international investors, it is now stable and we do not expect it to weaken further in the near term. Since currency is a strong driver of US dollar returns in our strategy, this makes us quite positive on Nigeria. We’ve already identified some new opportunities to increase our Nigerian exposure.

Randolph Oosthuizen is an Africa analyst at Old Mutual Equities.