Byron Wien is the vice chairman of US-based Blackstone Advisory Partners. In a recent note, the investment expert shared some of the lessons he has learnt in the first 80 years of his life. They are republished below. 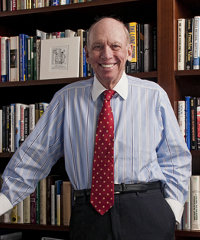 1. Concentrate on finding a big idea that will make an impact on the people you want to influence. The Ten Surprises (Wien’s annual prediction of economic and political events), which I started doing in 1986, has been a defining product. People all over the world are aware of it and identify me with it. What they seem to like about it is that I put myself at risk by going on record with these events which I believe are probable and hold myself accountable at year-end. If you want to be successful and live a long, stimulating life, keep yourself at risk intellectually all the time.

2. Network intensely. Luck plays a big role in life, and there is no better way to increase your luck than by knowing as many people as possible. Nurture your network by sending articles, books and emails to people to show you’re thinking about them. Write op-eds and thought pieces for major publications. Organise discussion groups to bring your thoughtful friends together.

3. When you meet someone new, treat that person as a friend. Assume he or she is a winner and will become a positive force in your life. Most people wait for others to prove their value. Give them the benefit of the doubt from the start. Occasionally you will be disappointed, but your network will broaden rapidly if you follow this path.

4. Read all the time. Don’t just do it because you’re curious about something, read actively. Have a point of view before you start a book or article and see if what you think is confirmed or refuted by the author. If you do that, you will read faster and comprehend more.

5. Get enough sleep. Seven hours will do until you’re sixty, eight from sixty to seventy, nine thereafter, which might include eight hours at night and a one-hour afternoon nap.

6. Evolve. Try to think of your life in phases so you can avoid a burn-out. Do the numbers crunching in the early phase of your career. Try developing concepts later on. Stay at risk throughout the process.

7. Travel extensively. Try to get everywhere before you wear out. Attempt to meet local interesting people where you travel and keep in contact with them throughout your life. See them when you return to a place.

8. When meeting someone new, try to find out what formative experience occurred in their lives before they were seventeen. It is my belief that some important event in everyone’s youth has an influence on everything that occurs afterwards.

9. On philanthropy my approach is to try to relieve pain rather than spread joy. Music, theatre and art museums have many affluent supporters, give the best parties and can add to your social luster in a community. They don’t need you. Social service, hospitals and educational institutions can make the world a better place and help the disadvantaged make their way toward the American dream.

10. Younger people are naturally insecure and tend to overplay their accomplishments. Most people don’t become comfortable with who they are until they’re in their 40s. By that time they can underplay their achievements and become a nicer, more likeable person. Try to get to that point as soon as you can.