Malcolm Gray, portfolio manager of the Investec Africa Opportunities Fund, and the Investec Frontier Investment Team give an update on events and their views on Egypt. 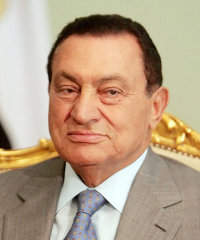 The situation has changed rapidly in Egypt over the past three days. The degree to which protests, riots and looting have been reported in the media and local sources has been extensive. Looking beyond the headlines, however, feedback from Cairo indicates that most areas of the city (and reportedly the rest of Egypt) have to date been largely unaffected by the protests in terms of threat to lives and property. The implications for potential social and political change are however significant.

Some of our expectations of the likely course and consequence of events have been met, however events continue to move rapidly. Although there appears to be significant media coverage about the pressure on Mubarak to resign, we also note a general sentiment of appreciation and respect for what he has overseen in terms of economic policies and reforms over the past 30 years. It is nevertheless clear that he has outlived his tenure and there is a desire for him to leave office; in addition there is now almost no chance that his son, Gamal Mubarak, will succeed him. As expected Ahmed Ezz, a prominent businessman and close associate of Gamal, has stepped down as secretary of the ruling party. The appointment of Omar Suleiman as Vice President – although not universally positively received – is a clear sign that change is now inevitable, and the role the military will play remains crucial, possibly as the transition manager to a new government. Two new key cabinet appointments have also been announced.

From an investor point of view we note: