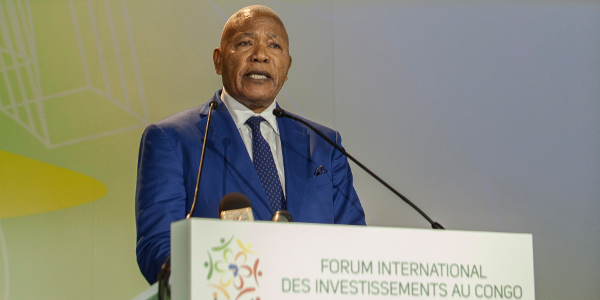 Mr Isidore Mvouba, Minister of State, minister of industrial development and the promotion of the private sector in the Congo.

More than 1,000 participants, from across Africa and the globe, came together in the Congolese capital between 19-21 November, for this first forum dedicated to the promotion of investment opportunities in the Congo. Just as on the first day, the Congo’s economic potential was at the core of the high level conferences which punctuated the second day of the forum. Participants and experts were thus able to exchange views on the Congo’s decentralisation policy, which favours the expansion of new centres of activity, as well as on the country’s geostrategic position in Central Africa. Mines and oil, Innovation and ICT, Special Economic Zones and small and medium-sized enterprises: the new sources of growth and jobs in the Congo were also on the agenda of the workshops held on the second day. 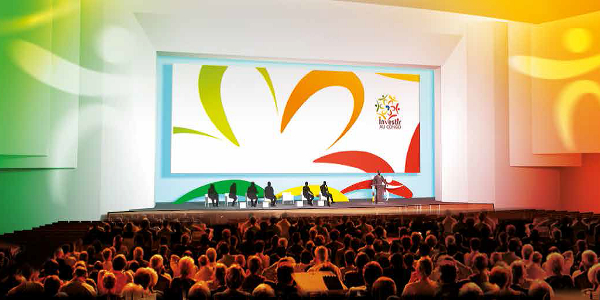 During the closing ceremony, Mr Mvouba highlighted the success of the ICB Forum 2015: “ICB 2015 has proven to have been a huge opportunity to both give and receive. ICB 2015 has shown that we can do very good business in the Congo. In terms of the record attendance it has seen, the various delegations who competed with each other in terms of demonstrating their zeal and very high quality debates and communication, ICB 2015 has reinforced the brand image of the Congo”.

A veritable platform of growth and opportunities, the ICB Forum 2015 concluded with numerous signings of memorandums of understanding between foreign investors and Congolese economic operators, notably that between the Brazzaville chamber of commerce and the Turkish employers DEIK, or that between Congo Capital Entreprises and the General Confederation of Moroccan Enterprises (CGEM) and the Moroccan Centre for Export Promotion (Maroc Export). The latter with a view to supporting the development of Congo Capital Entreprises. Also worth noting was the signing of a partnership deal between the Support to Economic Diversification Project (PADE) – World Bank Group and the Republic of the Congo – and the International French Business Confederation (MEDEF INTERNATIONAL), with an aim to organising investment promotion activities in non-oil value chains. As such, Mr Mvouba has promised that support and accompaniment mechanisms will be implemented by the government to monitor the various memorandums of understanding signed. 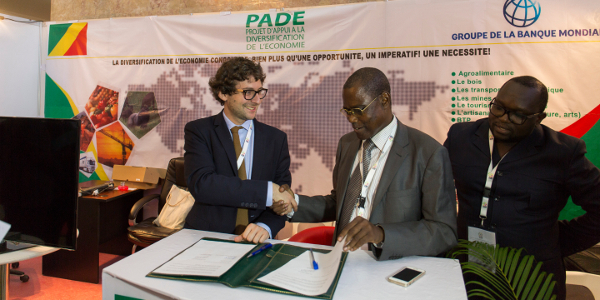 Signing of a partnership deal between the PADE and MEDEF INTERNATIONAL.

With more than 50 local and international exhibitors, a record attendance, numerous foreign delegations and a multitude of partnerships signed, the Invest in Congo Brazzaville forum is already confirmed as the key rendezvous for the promotion of business opportunities in the Congo. The enthusiasm generated on both a national and international scale will have emphasised to investors across the globe the economic potential of the Congo and the opportunities it harbours.