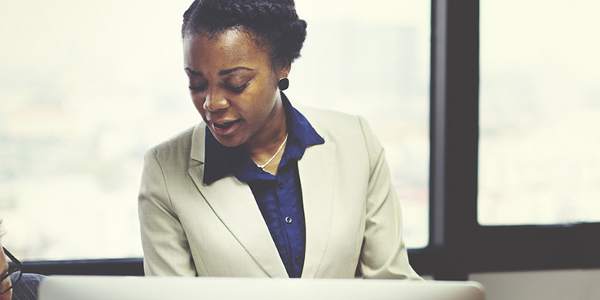 With all the rags-to-riches stories about entrepreneurs starting blockbuster companies in their garages, entrepreneurship may seem more appealing than working for an enormous and established company. But many large organisations are bringing the innovation, energy and incubation of the startup sector into the HQ by embracing intrapreneurship.

When companies invest millions in an ad campaign, they need to know their marketing will be well received by consumers. A recent startup can also predict how consumers will react to pricing, brands and ideas by measuring their brain waves with a specially wired cap as various stimuli are presented.

The company, called the Deloitte Neuroscience Institute, is not your typical startup. The idea originated with a student – and one of the 264,000 employees of tax auditing giant Deloitte. The pair used resources at Deloitte to move from idea to viable business model. That makes the Deloitte Neuroscience Institute a product of “intrapreneurship”: the insourcing of entrepreneurial energy and ideas into the framework of an established organisation.

Andy Goldstein is a partner at Deloitte and is co-founder and executive director of the Entrepreneurship Centre at Ludwig-Maximilians-Universität in Munich. In his class on intrapreneurship, he brings people from the private sector together with students, including the duo behind the Neuroscience Institute. Goldstein believes intrapreneurship has clear benefits. “Entrepreneurship is not for the faint of heart. It’s not all about being cool and wearing jeans,” he says. Intrapreneurs, he points out, have substantially less risk than those who go it alone.

Yet it takes more than founding an internal incubator and throwing money at it to get intrapreneurship right. Companies should use the strengths that are readily available to them, namely knowledge of the customer and experience in project management. They should also recognise how intrapreneurship and entrepreneurship differ and adapt their methods and strategies accordingly.

Professor Lars Persson, deputy director of the Research Institute of Industrial Economics in Sweden, studies the roles of institutions and how they impact incentives for young firms to grow and develop. He recommends that established companies that buy startups for their patents work to keep key people from the startup on board during integration.

He also suggests not trying to beat startups at their own game. “It would be wise to pursue complementary innovation. You don’t necessarily need to try something that a startup is already doing. As the big incumbent firm, you can always buy the startup anyway,” Persson says.

According to Persson, intrapreneurship is relatively common in Sweden, partly due to the strong trust culture there. “Employees within firms don’t worry about not being acknowledged for their ideas or that managers will claim them as their own, and this helps foster new ideas,” he adds.

Tracy Stanley, an expert on intrapreneurship based in Nice, has studied where and how new ideas are generated. Compared to classical startups, she says, existing companies have huge bodies of knowledge within them that are often ready and waiting to be tapped, regardless of whether that knowledge comes from customer data or the extensive experience of their employees. As Stanley sees it, “Good innovation responds to customers’ pain points and emerging opportunities.”

Another strong point lies in project management skills, which are useful for incremental innovation. Also, the resources of huge companies can often provide more flexibility and options to scale than bootstrap operations. Deutsche Post DHL Group recently demonstrated this principle when it decided to support the eight winning teams among the 150 contestants for the internal incubator pilot programme Startup Lab. “Large organisations have processes that can be put to good use,” Stanley argues.

That doesn’t mean it’s always plain sailing. Goldstein, who is also an entrepreneur and the managing director of Deloitte Digital Ventures in Germany, warns of the many pitfalls that are part of innovating within. Often, programmes don’t generate value because they do not have the support of top management and firms fail to fund the good ideas they generate. Companies must also keep in mind that a person with ideas who seeks to make them happen within a large company has different needs than someone who is willing to go it alone. “Whereas an entrepreneur has to deal with his or her own company and the market, the intrapreneur must also deal with the corporation itself,” he says.

Intrapreneurs are also likely to have a different relationship to risk than entrepreneurs.

At Deloitte, employees who develop ideas have a clear, well-moderated process that allows them to progress their ideas and projects through various milestones in order to develop new business models. If the idea does progress, innovators will get additional time and money to pursue it. And, perhaps most significantly, the person is allowed to return to his or her old position if the idea does not take off.

That’s exactly what happened for Nadine Galandi, head of the Neuro­science Institute at Deloitte. A colleague of Galandi, David Pistor, built up the internal business case and started the first market analysis together with two students. They had been working on the business model for about five months when they got the okay – and funding – to move ahead. That’s when Galandi took over the project with the mandate to turn the idea into a product and revenue streams.

Galandi, a biochemist, left her post in the life sciences division of Deloitte to lead the internal startup. “Since my job was to build client relationships, it was risky to leave it. If things hadn’t worked out at the Neuroscience Institute, I would have returned to my old job and had to start building relationships from scratch.” That was about two years ago, and Galandi isn’t looking back. The Neuroscience Institute has nine employees and a stable number of clients. Galandi says it was worth the gamble and the role has taught her the importance of finding practical solutions. “You have to be open for solutions that are not typical at consulting companies,” she says.

For those who love to pursue a good idea, having that opportunity is a critical part of job satisfaction. From the beginning, the team at Deloitte was highly motivated, says Galandi: “They really wanted to turn scientific knowledge into a business model.”