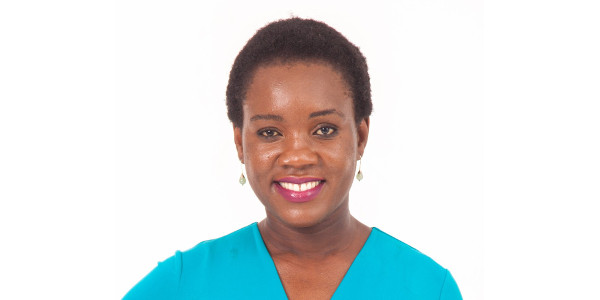 This article is an excerpt from the book Founding Women, by Eunice Baguma Ball, which features the stories of 20 inspiring African women tech entrepreneurs.

Rachel Sibande is a computer scientist and social entrepreneur from Malawi. She is the founder of mHub, Malawi’s first technology hub and incubator for innovators and emerging entrepreneurs. A recognised technology advocate, in 2015 she was a recipient of the Anita Borg Scholarship from Google and in 2016 was named one of Africa’s 30 most promising entrepreneurs under the age of 30 by Forbes. Here she shares her journey into technology as well as her experience with juggling family, entrepreneurship and an academic career.

When did you develop an interest in technology and what did you study?

Growing up, I was always that curious child who wanted to break the radio to understand how it worked. I think this curiosity is what drove my interest in computers. I went on to study for a Bachelor of Science degree majoring in computer science and statistics. This was interesting, but also quite challenging. In my final year there were only five girls left out of the 14 who had started out majoring in computer science. I then went on to pursue a Master of Science in cryptography, which is basically the science of encrypting or decrypting information and making it secure.

I am now completing a PhD in computer science at Rhodes University in South Africa. I am also a programmer and would like to encourage as many young people as possible to become programmers because I believe programming is a universal language.

Were you encouraged to pursue a career in technology as a young girl?

I am grateful to my parents who supported me in pursuing whatever field I wanted. They also raised me with the mentality that girls could do anything just as well as boys. However, in our society at the time, there was a very narrow view in terms of careers as most people followed the traditional career paths of doctor, lawyer, engineer, accountant or teacher.

And so, for someone like me who wanted to do something different in the technology domain, I didn’t have many role models I could look up to. I think this is why I am so passionate about mentoring young girls. I have always thought that if I’d had a mentor earlier on, I could have achieved much more. It’s only later on in life with the help of the internet that I was able to identify mentors in the tech space. For example, Sheryl Sandberg from Facebook is someone I admire and look up to as a mentor even though we have never met. My encouragement and advice to young women is to believe in themselves even if they may not have anyone around to look up to. You need to encourage yourself and, in this age of the internet, you can find people out there that you can look up to for inspiration.

What inspired you to set up a technology hub and how did you go about it?

In 2012 I was selected to attend the Young Africa League of Nations Programme. This gave me the opportunity to travel to the US for the first time in my life. I also got the opportunity to do an internship in Chicago and it was during my six weeks there that I was first exposed to the hub concept. I visited a hub and incubator for entrepreneurs and thought it was really cool. I remember thinking to myself: “We need something like this back home. I’m going to start it.”

After I got back home, I didn’t start working on the idea straight away. I procrastinated for a while until one day I read a quote that said something like “If you don’t start now, you probably never will”. From then on, I decided I would take small steps towards making my dream a reality and I went ahead to register the hub even though I didn’t have the capital. I realised my biggest asset was my technology skills and I started volunteering on various projects to gain relevant experience. For example, I worked on a project developing a technology solution for election monitoring. We created a platform where people could send in reports of incidents via web, mobile, social media or SMS, as they happened during the elections. After I volunteered with them, the founders of this project were very impressed and offered to give me the furniture from their project when it ended to get the hub started. And that’s how I got started. Back then it was myself, one staff member and a part-time accountant. Since then we’ve grown to a team of about 14.

Your business is a social enterprise. How does this model work?

We run a number of different projects and initiatives, but we also have a business unit which generates revenue through software, website and app development. From researching about hubs, I learnt that most of them were not sustainable and I wanted to make sure we did not fall into the same trap. I therefore decided to set up the business as social enterprise, which has both a social and commercial arm. We make some money from renting out our space but most of our money is made through developing technology solutions for clients. This enables us to be sustainable, so we can invest our profits into subsidising our social initiatives, which include a coding school for children and business incubator for youth.

What has your experience been navigating the tech space as a woman?

You sometimes meet people who make assumptions about you or question your capabilities, but over the years I have developed coping mechanisms to deal with this. My mentor who works at Google once told me something that stuck with me. She said: “Rachel, you are too modest. And you should know there is a thin line between modesty and lack of confidence.” I realised she was right because when you are faced with people who keep trying to intimidate you, modesty does not help. You need to step up and hold your head up high. It is not boasting to tell people: “Yes, I can do this.” Being more assertive is something that I have had to learn and practice over the years.

To succeed in tech or any other male-dominated field as a woman, you need more than the technical skills; you also need to be confident, speak up and make your presence felt.

What is your proudest achievement from your entrepreneurship journey so far?

My biggest achievement is seeing some of the young people we have trained succeed. One example is two girls I taught how to code who later got the opportunity to be part of a team from Malawi that travelled to the US to participate in a global robotics competition. They built a robot which could separate clean water from dirty water and thus enhance access to safe water. This is a problem that puts the lives of millions of people around the world at risk and not only had these girls built a solution that could help solve this problem, they were representing Malawi at a global level. This was truly one of my proudest moments.

Another example is from our children’s coding programme. One of the children who attended the programme built an app called Talk to Me which translates text to speech and teaches children how to code as well as how to speak. He ended up winning a national completion and got the opportunity to visit Silicon Valley where he met Facebook’s founder, Mark Zuckerberg. Mark Zuckerberg later posted on his Facebook page that he’d met a 10-year-old boy who had started coding earlier than he had himself. That made me feel so good. I myself only learnt how to code in my first year of college when I was about 16 so I have often wondered what I could have achieved if I had started coding when I was age six or seven.

This is what drove me to set up the coding school for children. Our goal is to build a generation of young people who have problem-solving skills and who are exposed to technology, so they can consider a career in tech.

As a mother of three, how have you managed to juggle family life, running a business and pursuing your PhD?

The most important thing has been planning and accepting that there will be moments when, depending on the context, I will have to prioritise to be able to juggle the mother and career hats. For example, when I was pregnant with my first child, I got a PhD offer and after I’d had the baby I tried to get a visa for my husband and our baby so I could take them along with me. Unfortunately, their visas were denied so I tried to defer my PhD offer to another year which was also declined. In the end, I had to turn down the offer and stay to look after my baby. As you can imagine, if this was the case for a man, they probably would have still been able to go ahead and take up the opportunity.

I learnt from this situation that as a woman, planning is key and I decided to have all my children over the next four years, after which I could pursue my PhD which I am now doing. It is still tough because you constantly have to make sacrifices in order to strike a balance. But I believe that by looking at your priorities at any given time and with good planning, it is possible.

One challenge I struggled with was experiencing a lot of guilt when I travelled while my children were little. I would feel so guilty that I often suffered from separation anxiety and would literally countdown the days until I returned. This was made worse by people who would make judgmental comments like: “You are always away from your children.” What helped me was a talk that my mentor shared with me which had professional women speaking about their experiences and what they had gone through. It made me realise that I was not alone in this and helped me not only to feel better but also to learn how to deal with it. Before that, when I felt guilty while on a trip, I would buy literally nothing for myself. I would just buy things for my children because I felt that I needed to compensate for leaving them. But I had to learn to be kind to myself because at the end of the day, I am doing this for them as well; first of all so I am financially able to meet their needs, but also to be an inspiration to them. Realising that I need to make the best out of these opportunities not only for myself but for them has helped me manage the guilt, even though I still do feel it.

This article is an excerpt from the book Founding Women, by Eunice Baguma Ball, which features the stories of 20 inspiring African women tech entrepreneurs.