A consortium – led by US developer of utility-scale solar power projects, SolarReserve – successfully secured financing for two 75MW solar photovoltaic (PV) parks that are to be built near Bloemfontein and Kimberley in South Africa. The projects, predicted to be completed by mid-2014, are expected to power over 50,000 homes with renewable energy. 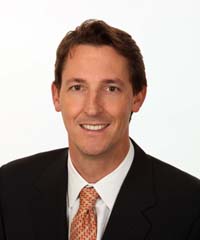 Senior vice president, Stephen Mullennix, tells How we made it in Africa a bit more about these projects and SolarReserve’s overall business in Africa.

The Letsatsi Project and the Lesedi Project are located in the Free State and the Northern Cape respectively. The projects were selected by the South Africa Department of Energy (DOE) in the first round of bids under the South Africa Renewable Energy Independent Power Producer (IPP) Procurement Programme.

The projects have each executed 20-year power purchase agreements with Eskom, the South African power utility, which ranks as one of the top twenty utilities in the world by power generation. The projects will jointly cost approximately ZAR5.15 billion or US$586 million, making these two of the largest project finance transactions ever completed in South Africa and among the largest renewable energy projects in Africa.

Additionally, the consortium was also awarded an additional 88 MW PV with preferred bidder status during the second round of bidding in the IPP Procurement Programme. The Jasper Project, located in the Northern Cape of South Africa, brings the consortium’s award to three projects totalling 238 MW and accounting for a 20 % share of South Africa’s solar energy market.

Describe the process of securing funding for these projects

Because the IPP Procurement Programme was thoughtfully constructed by the Department of Energy, the process for securing funds for the project was a well understood project finance process. This is a process which is thoroughly understood by both debt and equity investors in the energy markets, as well as other types of large infrastructure investment. The unique element in the South Africa context is bringing in black economic empowerment investors into the ownership structure.

How long does it usually take projects like this to become profitable?

The critical element of a project finance structure is that the revenues and costs of the project are all contracted prior to financing. With those contracted revenues, the project should generate profits as soon as it is operational, which depends upon construction timelines between a few months to a year or two, depending on size and complexity. Those operating profits are then primarily used to pay down the debt investment, which is significant in large infrastructure projects such as these. Debt repayment typically lasts ten to twenty years, depending on the project.

In your opinion, what importance does solar energy hold in Africa today?

Solar renewable energy plays a critical role in Africa today. By definition, it is a locally sourced energy resource. There is no associated fuel cost volatility during the life of the project, which compares favourably to fossil-based electricity generation. There are numerous local economic development attributes to these projects, both direct and indirect. It is also important to understand that in many areas there is a desperate need for power in the short term. The development and construction cycles for new coal plants, nuclear plants and the like, are significantly longer; whereas, solar power can be operational [at a] significant scale much faster. Finally, the icing on the cake is that solar energy provides a resource which is essentially emission and carbon free.

I noticed that SolarReserve has been involved in projects in Tunisia, Morocco, Egypt and Algeria. Tell us about the company’s interest in North Africa specifically.

Of course North Africa has an exceptionally good solar resource. However, the attraction of these markets is that they have established well organised procurement programmes of significant scale with credit-worthy counter parties. The local participants understand that solar power is a reliable, local, and clean resource that can be brought online quickly.

What have been some of the business challenges that SolarReserve has faced in North Africa?

Every jurisdiction has its own business challenges. Our company headquarters is in California, which has its own market attributes different from Nevada, which is the state next door and the site of SolarReserve’s flagship Crescent Dunes project. As an experienced developer, SolarReserve understands how to weigh the potential risks and rewards of a market. Usually, the greatest challenge is to analyse the timing of programmes. Time is money in this business, and having a clear understanding of whether development timelines can be achieved or not is a key factor for success.

Other than in South Africa, are there any other countries or projects in sub-Saharan Africa that SolarReserve is eyeing?

South Africa serves as a logical toehold for the broader sub-Sahara region. While we have not committed a full time presence in other sub-Saharan countries yet, we have explored individual project opportunities. We are currently working on a project for NamPower in Namibia, and exploring other opportunities as well.

Are there any 10-20 year plans for SolarReserve’s involvement in Africa?

SolarReserve understands that to be successful in a market, a company must be committed to a long term presence in that market. We see significant opportunity on the horizon for our solar power with storage technology in the region. Many individual jurisdictions are just putting together the architecture for their solar and broader energy resource plans. We are working with those entities as we plan on being a player in the region in the long term.