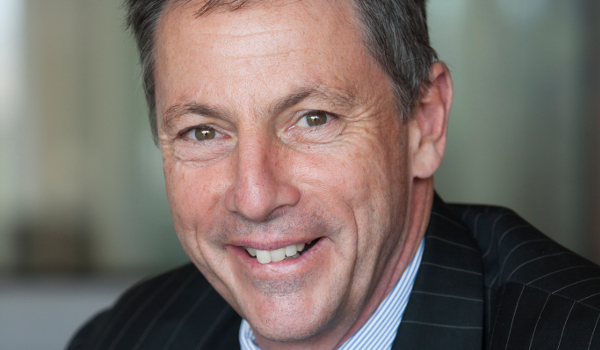 Old Mutual Alternative Investments (OMAI) is the largest private alternative investment manager in Africa with over US$4bn assets under management. Paul Boynton, the CEO of OMAI, spoke to How we made it in Africa, outlining some of the company’s activities in Africa and where he sees opportunity for investment.

Below are edited extracts.

Tell us more about some of OMAI’s investments north of South Africa’s borders.

OMAI takes equity stakes in businesses or projects – and while at times we have a controlling interest, generally we are a minority shareholder.

We have invested in two power plants in West Africa. One is in Ghana where we are building a project called Cenpower. We have a 15% shareholding in that and we’re in partnership with a local investor, a Nigerian fund and Sumitomo. So Cenpower is a 340MW combined cycle power plant, which means it can operate both gas and heavy fuel. We are building a similar plant in Nigeria, called Azura.

Examples of some of our other investments include: a toll road in Nigeria; a wood project in East Africa; an interest in a port in Dar es Salaam that handles bulk commodities like fertiliser and copper; as well as an airport in Tanzania.

The other thing I would say is that a lot of the South African companies we have invested in are quite active in the rest of the continent. If you look at companies like Tourvest, which is a tourism business; ACTOM, which is a big electronic and electrical engineering equipment company; and Consol Glass, which has plants in both West and East Africa – we’re in quite a number of companies that are expanding and looking to expand into Africa.

Nigeria has faced some economic difficulties in the last two years. How do you view the country’s current economic situation?

We think Nigeria has turned a corner. It went through a difficult patch with the fall in the oil price and militant activities in the Niger Delta, which had affected oil production.

And, of course, they have suffered from exchange rate issues.

Oil production is back up again, not to where it was, but there has been reconciliation with some of these disaffected communities. The exchange rate issues are also dissipating. They floated the exchange rate, which is quite a big improvement. And although at the moment they have several different exchange rates, which is not ideal, I think slowly they are building up to a point where they can deregulate, hopefully completely.

And then lastly the oil price has trended back up a little bit. This has assisted Nigeria with its fiscal situation and foreign exchange reserves.

We are long-term optimistic on Nigeria. Obviously it is going to be a huge part of Africa’s story going forward, given the size of its economy and its population.

How has OMAI’s Nigerian investments performed to date?

I think capital has stood on the sidelines in Nigeria. You’ve got exchange rate uncertainty – it is unclear what the real exchange rate is and also whether if you invest today you might take a haircut just on the exchange rate, let alone the performance of your investment. As a result, asset prices have moderated – which is maybe not a bad thing for Nigeria as the market was quite overheated not too long ago.

Foreign exchange reserves have held up reasonably well throughout this situation and I think the central bank in Nigeria has handled the situation relatively well given the circumstances. It has certainly been a more trying period, but hopefully there are green shoots on the horizon there in terms of investment activity.

Is there a particular sector where OMAI places the majority of its focus?

So Alternative Investments has four different verticals. The one is a fund-to-fund – so there we are investing in funds that other people are managing, both in Africa and globally. Another is infrastructure, where we’re active across Africa. The other is private equity, where we’re largely involved in buyouts and where we have an allocation of up to 20% outside of South Africa into Africa. And then the last vertical for us is an area called impact investment, where we have a couple of funds. We’ve got a fund in affordable housing, we’ve got a fund in rental accommodation, we’ve got an affordable schooling fund, and we have got a retirement accommodation fund.

So the areas that we look at in Africa are influenced by the footprints we have in terms of capital that we are managing. But what we are seeing are attractive opportunities in the infrastructure space, where we have dedicated focus; the consumer space; the logistics space; and I have mentioned rental accommodation. So those are areas where we see promise. Financial services is not a space that we have historically done much in in Africa. In fact we have had some adverse experiences with some of our investments there. It is not an area that we are particularly active in.

What about logistics? Are there projects in this sector that have caught OMAI’s attention?

Yes. The cost of getting goods through a port in Africa is three times, maybe more, what it is in Europe. Improving logistics costs in Africa should have a margin in it – and the same margin would apply to power, because it would make Africa more competitive. As I said we invested in some port infrastructure in East Africa. We have also been involved in some of the rail concessions in southern Africa. And we have, as I mentioned, invested in a toll road in Nigeria and are looking at other toll road opportunities in Africa. So logistics is definitely a space we’ve had some experience in and are still actively looking at.

Are there any sectors that private equity funds aren’t fully exploiting?

Our push at the moment is infrastructure, which can make a profound difference in Africa. The World Bank has got data out there suggesting the infrastructure deficit or requirement in Africa is about $120bn a year over the next decade.

Of the people on the planet who are not hooked up to electricity, half of them are living in Africa. If you look at a place like Nigeria, where they have probably got electricity generation of the order of 14GW (compared, for instance, to South Africa which has 45GW), only 4GW is on the grid. The balance is in diesel generators and home-based solutions, which cost four times the price. So if you can put electricity generating infrastructure into Nigeria, if you can come in slightly better than the cost of diesel generators, there is effectively insatiable demand.

The other big thing that Africa needs to be focusing on is regional integration – allowing Africa to trade more within itself. At the moment intra-African trade is low, like 15% of total trade. So improving the ability of regional trading blocs is a big opportunity. We need to be building economic entities that are bigger than national economies. Africa is a construct of history with too many countries that are way too small – and maybe politically you can’t change that, but economically you could try change the size of trading blocs.

What do you think the biggest challenges for private equity funds in Africa are at the moment?

Raising capital is a difficulty, but that is innate to the business. I would say that the biggest issue is managing jurisdictional risk – which goes to a regulatory risk and political risk. African countries often have very weak sovereign balance sheets, so that has a knock-on effect on investment. Sustaining deep relationships is another challenge. I would say that it is maybe not a difficulty, but in order to be successful in Africa you need to have deep relationships within the spaces that you are investing.