As Africa’s most populous country, Nigeria holds considerable potential for business and investment. How we made it in Africa asked Dianna Games, CEO of the South Africa-Nigeria Chamber of Commerce, about current foreign interest in Nigeria and the various risks business people should be aware of. 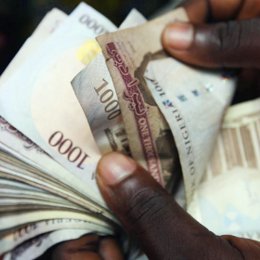 Nigeria has significant potential for foreign investment but companies need to ensure they do their homework before entering the market.

Which sectors of Nigeria’s economy are currently attracting the most interest from foreign business people?

The banking crisis of 2009, which highlighted continuing instability in about a third of banks due to reckless behaviour and poor governance, was a setback to economic growth and expansion. But several of these banks have been put up for sale by the central bank and there is considerable interest in these assets from international institutions, including South African banks, and from local players. The stock exchange is also ticking over and Nigeria is still viewed as a key emerging market given its resources and market size.

Interest in property and insurance continues and the fast moving consumer goods and retail sectors are poised for good growth. Oil and gas is seeing some large investments, particularly from Asia, although there is great caution around this sector because of looming changes in legislation, high political risk and deep-rooted corruption. Agriculture is always an area of interest but the sector has a long way to go to see any critical mass of investment or production.

What are the major risks involved when doing business in Nigeria?

What are the most common mistakes made by foreign investors in Nigeria?

One of the most common mistakes is getting into bed with the wrong partners. While it is important to have a local partner for logistical reasons, local knowledge, market penetration and risk management, a thorough due diligence is necessary. Many people come with claims of having a line to the president or minister or having more skills and capacity than they actually do and they may also have undisclosed interests that could affect a foreign partner’s reputation.

A third is to focus too strongly on the bottom line and rapid profit turnaround after entering the market. A new business in Nigeria needs time to bed down, more than in many other markets, because of the unique structure of the economy and the many challenges.

How do you view the political situation in Nigeria? Should it be a concern to foreign business people?

Nigeria is heading for an election in the first half of 2011. It is of some concern to business given the political instability that may be a feature of it, with the ruling party divided on the choice of a presidential candidate and most of the 36 states due to fight for winner-takes-all power at the second tier of government. The last elections were characterised by violence, widespread rigging and many serious breaches of democratic process.

Several states had election results from the last poll overturned by the courts and they will not stand for election in 2011 as their tenures have longer to run. This includes one of the key oil producing areas, Rivers State. A change of political leadership usually implies many changes of the cabinet, legislature and senate and may mean a change in political priorities. It is unlikely, however, that the ruling People’s Democratic Party (PDP), an alliance formed with the onset of democracy in 1999, will be pushed from power. The incumbent president, Goodluck Jonathan, has yet to announce his candidacy for the PDP although there is strong support for him to stand again.

Investments by South African companies into Nigeria are well-documented; but how would you describe the interest from Nigerian firms to invest in South Africa?

There has been much less inward investment to South Africa from Nigeria. This is for several reasons. The predominant one is that the main business opportunity is in Nigeria itself where companies are still building themselves up after years of military rule and international isolation and are not yet focused on expansion. Where there has been expansion, mostly by Nigerian banks, they have avoided South Africa because of the stiff competition and market saturation here, particularly in banking.

The biggest Nigerian business investment to date is that by Dangote Cement, which has poured a lot of money into a local company to source raw materials. There is also a lot of Nigerian money invested in South African property, particularly at the high end, and there are a growing number of SMEs owned and run by Nigerians living in South Africa.