The outlook for growth and development in Africa remains relatively positive due to untapped opportunities, a growing consumer class, new discoveries of natural resources, improved stability in some countries, and an increased focus on infrastructure and agriculture. For international companies planning to enter Africa, the market offers a mix of unique prospects and a myriad of challenges. 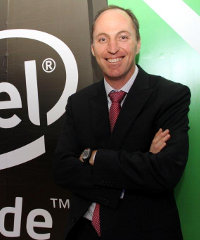 Danie Steyn, the East Africa general manager for Intel, the world’s largest semiconductor maker, shared with How we made it in Africa six pieces of advice for international companies looking to enter the African market.

According to Steyn, for international companies to be successful in Africa, they need to tailor their approach for the African countries they are planning to enter.

“Exact duplication of how it is done in another market is not going to work in Africa.”

Steyn explained that Africa is fragmented, with 54 countries, and companies have to devise ways to scale up relatively easily through a number of strategic countries.

“It all comes down to understanding the specific dynamics in the local market. This is why quite often it is complicated to come into the African market because there are a lot of differences from country to country,” said Steyn.

“There have been a number of companies – even from South Africa, an African country – that came to Kenya for instance, and were not successful purely because they did not understand some of these dynamics. I do believe that if they approached the business slightly different and did some due diligence, the successes would have been higher,” he added.

Although Africa is said to have a lot of opportunities, companies should not come here expecting to make a quick buck.

“Any investment in Africa is a long-term investment,” said Steyn.

Multinationals should hire local talent to help them understand African markets and overcome differences in language, culture and regulations. They should also support the local entity with best practices from other parts of the world and offer training and mentorship to their employees.

“Flying in 20 people from another country… that doesn’t work,” said Steyn. “We hire local people; we hire the best in order for us to be able to deliver good quality results in these countries. The local people bring that local flavour and local market knowledge.”

Instead of attempting to reinvent the wheel, Steyn said international companies should partner with local businesses that have already found solutions to some of Africa’s challenges.

“For instance, M-Pesa (a Kenyan mobile money transfer platform) works, so adopt it. Don’t fight it by trying to push credit cards,” he said. “Which other entities can you partner with so that you utilise the existing models and not necessarily recreate the wheel?”

Steyn explained the benefits of this by citing the partnerships between Intel and telecommunication companies in East Africa. Earlier this year, Intel partnered with Kenyan mobile operator Safaricom to unveil the Yolo smartphone, which makes use of Intel technology.

“When Intel came and started doing business in Kenya, we realised there was a win-win scenario for us and telecommunication companies. There was synergy. We started collaborating by bringing in more devices into the Safaricom shop and with that… we benefit from them as one of the largest device retailers and they benefit from us through a lot of new customers.”

“Aligning to government priorities is also key when you are investing in Africa,” Steyn explained.

While companies may often be wary about corruption among African governments, they should seek to side themselves with their priorities.

He gave the example of a Kenyan government initiative to provide every Standard One pupil with a laptop, starting next year. Such programmes, he said, create opportunities for device manufacturers and professional content developers. In Kenya, Intel has previously partnered with the Ministry of Information and Communications to roll out a student ownership programme through which 16,000 university and college students were able to buy laptops.

6. Get involved in sustainable social initiatives

While organisations may already be incurring a lot of expenses as part of their African expansion, investing in sustainable social initiatives can be beneficial in the long-term.

Steyn cited an Intel initiative, which has so far trained 10,000 teachers in Kenya, on how to effectively use technology in teaching.

“A lot of companies get brand exposure out of that. Think about it in terms of investing in the future consumer,” said Steyn. “However, whatever programmes are done need to be sustainable… and should address local needs.”