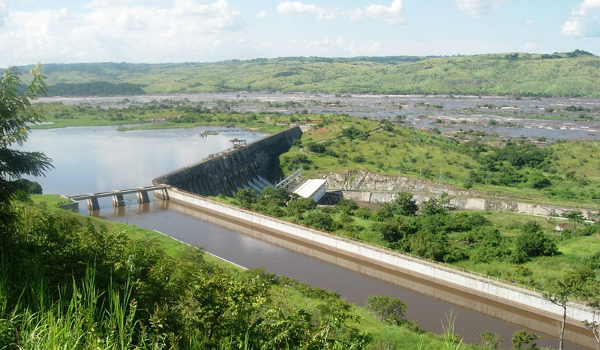 In March 2014, the World Bank and the African Development Bank (AfDB) announced that they were pumping US$106.5m into preparations for the Inga 3 Basse Chute (BC) hydroelectric power project in the Democratic Republic of Congo (DRC). The announcement lent considerable credibility to what many sceptics had begun to suspect was a mirage.

The vision of Grand Inga, an immense powerhouse on the Congo River that would eventually generate 40,000MW of electricity to light up half of Africa, had been shimmering on the horizon for decades.

In 1972 and 1982, the Mobutu government of the DRC – then called Zaire – built the Inga 1 and 2 hydropower schemes, with a total potential generation capacity of 2,132 MW. They have never operated to full capacity; in 2013 the dams were reported to have produced only 40% of capacity.

Then the Inga 3 project began to give form to Grand Inga. It would be the next stage of a total of seven to reach the goal of 40,000MW. It would divert some of the water of the Congo River into the Bundi tributary, 225km downstream of Kinshasa.

There, a dam would be built across the Bundi valley, where a hydropower station would be constructed. Inga 3 BC, with a lower dam wall, would be the first phase. Inga 3 Haute Chute (HC) would then later raise the wall to produce 4,800MW of electricity in total.

South Africa has already committed to buy 2,500MW of electricity from Inga 3 BC. The rest would be allocated to Congolese households, small businesses and the mining sector, providing electricity to seven million people in the greater Kinshasa area.

A further three mid-size hydropower projects elsewhere would provide electricity to two million more people in the DRC hinterland. Pretoria’s commitment to take 2,500 MW from Inga 3 boosted the bankability of the project and its financial viability.

Then the World Bank committed US$73.10m and the AfDB $33.4m to finance environmental, institutional, social and technical studies, which would guide the sustainable development of Inga 3 BC and the three mid-size hydropower projects.

ADEPI was to have been set up by the end of 2014. It would be created by law as “an autonomous entity reporting to the Prime Minister’s office with a Board of Directors that represents various Inga development stakeholders,” the World Bank said.

“All ADEPI staff, including its director, will be recruited competitively with the help of a specialised recruitment firm. All contracts will be renewable based on performance assessments carried out by a specialised firm.”

But two years later nothing has come of any of this, and on 25 July this year the World Bank announced it had suspended the disbursement of its $73.10m after just 6% of it had been paid out. The announcement from the bank was cryptic, citing, as a reason, only “the government of the DRC’s decision to take the project in a different strategic direction to that agreed between the World Bank and the Government in 2014.”

The statement also hinted the bank was concerned about lack of transparency and failure to observe “international good practice.”

However, a scorecard report on the project by the World Bank from 13 June offered more clues. It suggested that the “different strategic direction” in which the DRC was taking Inga 3 BC – and which raised the World Bank’s concern – was to place ADEPI, the supervising authority, inside President Joseph Kabila’s presidency – rather than to have it function as an autonomous authority reporting to the prime minister, as was originally agreed in 2014.

The same scorecard report assessed that the risks of the project failing were high; especially the risks associated with politics and governance, fiduciary responsibilities, institutional capacity for implementation and technical design capacities.

These conclusions were derived from a scorecard which found that the DRC had, by 31 May this year, reached none of the milestones it was supposed to have reached two years before. These included establishing ADEPI; making available bidding documents for the construction of Inga 3 BC infrastructure, and finalised environment and social impact studies; and negotiating and publicly disclosing power purchase agreements.

Where this leaves the project is unclear. The World Bank refused to answer questions put to it by ISS Today. The AfDB has been reported as saying it intends to go ahead with its part of the financing of the technical assistance programme, though that could not be confirmed.

Joshua Klemm, policy director of the NGO International Rivers, welcomed the World Bank’s withdrawal. “It illustrates that Inga 3 violates basic environmental and procurement standards. Any other investors should think twice about getting involved in this white elephant.”

The NGO opposes the project mainly because of the many Congolese farmers it will displace.

Chinese and Spanish construction companies have submitted bids. The Chinese often become involved in projects where Western institutions like the World Bank have pulled out.

Yet even they are likely to be wary of going into such an expensive project (Inga 3 is estimated to cost $14bn), and amid such an uncertain political environment, without the World Bank stamp of approval, says Sanyanga. She notes there had been reports that the European Investment Bank and the BRICS New Development Bank are interested in the project. But she believes they would also be reluctant to invest without the World Bank’s reassurances.

It is encouraging that the global financial institution’s oversight mechanisms do seem to be working.

In the wake of the Panama Papers revelations and former South African President Thabo Mbeki’s Illicit Financial Flows report about the immense capital drain from Africa’s public coffers, it is good that the World Bank is trying to stop what looked a high risk of siphoning off – or just wastage – of public moneys.

One can only hope that some other bank or institution with fewer scruples does not step in to undercut the World Bank and ‘rescue’ Inga 3, at a high cost to the Congolese people.

The World Bank has said it is continuing its discussions with Kinshasa about restoring the necessary safeguards. Everyone should support that effort.

This article was originally published by the Institute for Security Studies (ISS). Peter Fabricius is a consultant for ISS.