Kenya and South Sudan have agreed to upgrade the 960km Eldoret-Juba road to international highway standards and build a one-stop border post at Nadapal besides other transport amenities. The US$1 billion highway is a fresh bid to increase cross-border trade between the two countries. 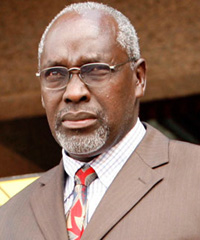 Kenyan roads minister Franklin Bett and his South Sudan counterpart Gier Aluong in a joint statement said, “The two countries view the road as being critical in promoting cross-border trade and making it easy for landlocked South Sudan to transport goods through the port of Mombasa.”

The governments, with the help of the World Bank, will jointly approach development partners for concessionary and syndicated financing of the project. Feasibility and design studies of the South Sudan side of the project have been completed whilst the Kenyan side is expected to be completed in September 2013.

“Given its proximity and the fact that South Sudan just got its independence a year ago, it is perfectly normal for the two nations to engage in joint programmes,” said Richard Sindiga, head of economic affairs at Kenya’s East African Community ministry.

The Eldoret-Juba road is currently in a deplorable state mostly due to high traffic by relief agencies’ heavy commercial vehicles taking supplies to South Sudan and inadequate maintenance. The new highway would be built to bitumen standards and is expected to contribute to economic growth in the region through increased and more efficient trade and better access from landlocked countries to the Mombasa port.

South Sudan is at present pushing to open up its economy to trade with East Africa in a bid to consolidate its growth following its successful secession from Sudan in July 2011. The one-stop border post would supplement the role of the new highway in boosting regional trade. The border will also help in harmonising transit clearance procedures, save time by having officers from both bordering countries handle transit documents concurrently and ultimately reduce the cost of doing business. Currently, goods are inspected separately by officers on either side of the border, leading to delays.

Impatient truckers and traders often resort to offering bribes either to jump queues or expedite clearance of their cargo. South Sudan’s poor road link to Kenya was one of the weaknesses that delayed the country from becoming a member of the East African Community and we now see its entry into the bloc as a foregone conclusion. The upgrade of the road not only alleviates the above-mentioned weakness, but the establishment of the border post will also benefit the bloc’s current members even more so when trading policies are harmonised, as would be the case when South Sudan becomes a member.