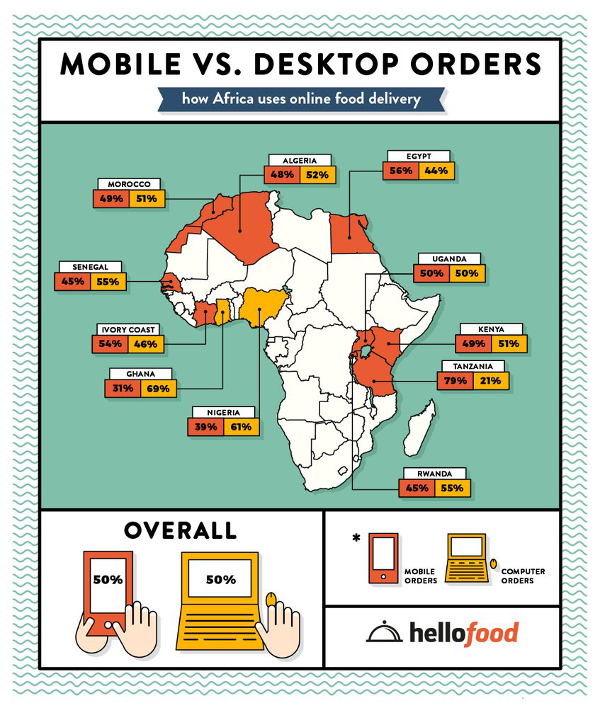 Africa’s mobile phone revolution has been well documented. Terms like ‘mobile-first’ – even ‘mobile-only’ – are often thrown around when it comes to internet usage on the continent.

While most Africans use their mobile phones for entertainment purposes – including taking pictures, listening to music, and interacting on social media websites – studies have shown some still remain reluctant to do banking and payments on their handsets.

This behaviour is confirmed by recent data released by African food delivery company Hellofood, which says 50% of its orders still come from desktop computers.

The company does however expect mobile orders to soon surpass desktop orders. Some countries like Tanzania (79%), Egypt (56%) and Ivory Coast (54%) are already mobile-first.