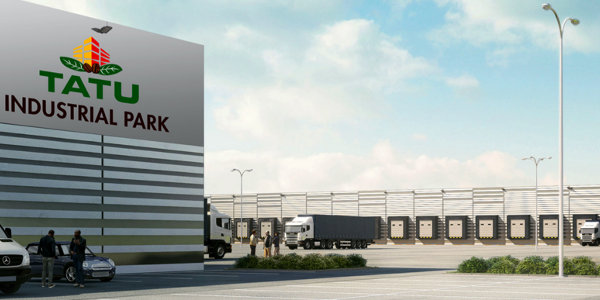 Kenya’s real estate industry has boomed in recent years, yet stakeholders argue that industrial property has often been overlooked as an investment opportunity.

One of these is Tatu Industrial Park, situated inside the 2,500-acre, mixed-use satellite city project of Tatu City. The park, 20km north-east of Nairobi, has attracted a number of companies, including personal hygiene products manufacturer Kim-Fay, which last year began constructing a plant that will serve as its corporate headquarters.

Tatu City is being developed by Africa-focused urban developer Rendeavour. Initially, much of the focus was on its residential component, given that it is expected to house 70,000 people and could ease congestion in the city.

However, Kenya country head for Rendeavour Nick Langford notes that the industrial side of the project “has kicked off really well”. More than 220 acres have been sold, accounting for over half of the 427 acres allocated for Tatu Industrial Park. Langford explains this is because there is a limited supply of manufacturing quarters for expanding companies. “Another factor is availability of labour and how the workforce is going to get to the factory,” he says.

Northlands is another mega mixed-use real estate development, set on an 11,576-acre piece of land approximately 15km from the capital’s CBD. Its planners have reportedly earmarked 695 acres for an industrial park.

In addition, a group of local and international investors are putting up a manufacturing quarter named Infinity Industrial Park on 200 acres just outside the city centre in Ruai. And in Limuru, about 35km from Nairobi, upcoming mixed-use project Tilisi is also developing a logistics park. All four – Tatu Industrial Park, Northlands, Tilisi and Infinity Industrial Park – are located close to newly constructed road networks, and promise companies better transportation options.

Some of the companies taking up space at the new developments have been operating from Nairobi’s Industrial Area, a zone created in the 1940s by British colonials. Congestion, run-down buildings and poor infrastructure in the area are some of the reasons companies are eyeing new factory districts. “[Industrial Area] is very congested,” says Woodhams. “It doesn’t really work anymore as an industrial area. It has got to a point where it is failing.”

So far, companies with a global presence make up the majority of the early adopters of emerging enterprise zones.

“I think we will then see, subsequent to that, the second wave [of] local companies who see the benefit of moving into spaces that are effectively… as much as twice the rent that they would have to pay if they were staying [in Industrial Area],” says Woodhams. “What will happen is because these [companies] don’t necessarily want to own their own property, we will probably see a wave of sales and leasebacks. They will probably sell their space and become tenants within their own space in due course.”