Cemtech Sanghi Group, a subsidiary of the India-based cement giant, Sanghi Group, will this month begin construction of a Ksh.14 billion (US$180 million) cement project in the West Pokot district in the Rift Valley Province of Kenya. 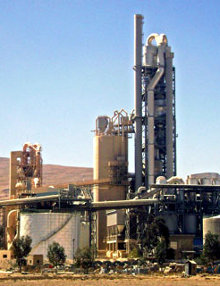 A statement from the firm said it will also establish a 64 megawatts (MW) power plant of which 50 MW shall be sold to the national grid. Discussions are currently ongoing between the firm and the Ministry of Energy on a 25-year power purchase agreement.

The firm acquired all necessary permits and licences, which include permission from the Ministry of Industrialisation and 99 years of mining rights covering all limestone deposits in Pokot.

A delegation from the Indian firm visited the country in January 2010 and was assured of the government’s support in the completion of the Pokot cement facility as well as the power plant.

The firm paid Ksh.120 million ($1.5 million) to about 100 pastoral families to pave the way for the establishment of the plant with a production capacity of 120,000 metric tonnes of cement per year.

The group expects to directly employ more than 1,700 people and over 5,000 people indirectly.