Interest in Africa from India goes beyond the telcos (Bharti Airtel) and the cement sector, as Bloomberg highlighted in a report on 24 October. 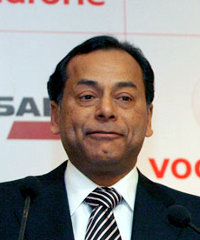 According to the article, Indian firms acquired or invested in at least 79 companies in Africa, chasing business in less crowded markets after growing in a home economy that expanded by an average 8.5% since April 2005.

Indian acquisitions in Africa peaked in 2008, when companies closed 26 deals worth USD 3.1bn. Those include the state-run Indian Farmers Fertiliser Cooperative Ltd.’s USD 721m purchase of Industries Chimiques du Senegal, an idle phosphates producer that once was the country’s largest industrial plant.

“We are seeing Indian companies look at Africa in a major way,” said Anuj Chande, the London-based head of the South Asia Group at advisory and accounting firm Grant Thornton U.K. LLP. “Compared to India, valuations are quite attractive. We’re expecting to see a lot of mid-size deals across a variety of sectors.”

Indian billionaire Ravi Ruia flew to Africa every month for the past 18 months, buying coal mines in Mozambique, half an oil refinery in Kenya and a call centre in South Africa for his Essar Group. This month, executives of his Essar Energy Plc. attended a conference hosted by Nigerian President Goodluck Jonathan to attract investors in the power grid. The officials, backed by USD 2bn the company raised in an April listing on the London Stock Exchange, also mulled other “business opportunities” around Africa, the company said.

“Africa looks remarkably similar to what India was 15 years ago,” said Firdhose Coovadia, director of Essar’s African operations. “We can’t lose this opportunity to replicate the low-cost, high-volume model we’ve perfected in India.”

India may be playing catch up, but they have certainly increased the pace.