A report launched at this year’s World Economic Forum places inclusive business front and centre of economic thinking going into what is considered a decisive era for Africa’s development and the world. The time could not be better, says Professor Walter Baets, director of the UCT Graduate School of Business, but such a major project requires major shifts in thinking. 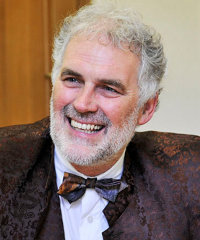 “Africa needs to re-dream business, including more people, encouraging people to be more economically active and redistributing wealth in novel ways, while nurturing dignity and self-respect,” says Baets. “If the continent wants to move ahead, merely adopting prescribed ways of doing things or adapting them slightly is not enough. We need to take what we know, dissect it, probe it, stretch it, turn it upside down and inside out and make it better.”

The report, Realising Africa’s Wealth – Building inclusive business for shared prosperity, promotes inclusivity as the ‘key to boosting economic growth and sustainable development’ across Africa and details key constraints and opportunities for inclusivity in the business environment. It suggests four areas of support for business: providing awareness, knowledge and technology for operating in low-income regions; implementation support in terms of logistics, transaction and marketing; providing micro business support and assistance; and, financial motivation in the form of incentives and investment.

Baets says inclusivity is not a new concept for business but that it has mostly been sidelined in the past.

“Its appearance on the agenda this year is not out of choice but necessity as business as usual continues to take us toward a dead-end. If we don’t change our thinking now and start making the drastic changes needed on a global level, we’ll find ourselves in serious trouble,” he says.

Inclusive business argues for the inclusion of low-income communities in its value chain – both as producers and consumers – not at the cost of profitability, but for the gain of society and the environment.

“Unfortunately the same crippling assumptions about this simple concept continue to rear their heads in talks about economic development that have been preventing the wide-scale adoption of the inclusive model,” says Baets. “A prevailing assumption is that the World Bank’s prescribed way of developing emerging economies is the most effective. In fact, there is very little proof that they are indeed successful enough to elicit such loyalty to them.”

According to Baets, there are many examples of countries that have progressed well without applying International Monetary Fund and World Bank growth strategies notably Brazil, and most high-growth African countries.

The other assumption is that government is responsible for driving inclusivity and that it should do everything to create the necessary environment for it and that the best vehicle to advance this is entrepreneurship.

“Of course, government should work to create the conditions that nurture this transformation, but true inclusivity is a massive project that really should be driven by business – government may have the mandate but business provides the means,” says Baets.

According to Baets, a major paradigm shift is required, one that challenges the way business approaches old problems as sustainable development creates a complex labyrinth of opportunities and pitfalls for business. And managers will play a pivotal role in this transformation of the corporate agenda.

“There is a need for new perspectives if the themes of responsibility, sustainability and corporate growth are to be reconciled,” he says.

Baets says it won’t be the WEF or the World Bank or governments that change things for the better, it will be those business leaders who shun tradition for positive progress and who take the long term sustainability route rather than the win-now route.

“To start, we must give up our accepted assumptions and confront the collective rationale that says there is still time. There isn’t.”