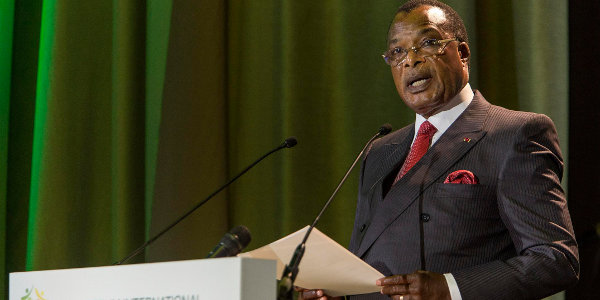 His Excellency Denis Sassou N’Guesso, President of the Republic of the Congo (Photo J. Torregano)

More than 1,000 participants, from across Africa and the globe, gathered yesterday for the opening of the ICB Forum 2015 – Invest in Congo Brazzaville. The ICB Forum 2015 is the first major conference for the promotion of investment opportunities in the Congo to African and international industrial and financial partners. The event is part of the Congo’s economic diversification strategy, launched in the framework of the country’s National Development Plan 2012-2016.

Ministers, investors and international decision-makers: the key-players in the Republic of the Congo’s economic development were present in large numbers to mark the official opening of the ICB Forum 2015. The Forum is being held under the high patronage of His Excellency Denis Sassou N’Guesso, President of the Republic of the Congo and in the presence of Mr. Isidore Mvouba, Minister of State, Minister of industrial development and the promotion of the private sector in the Congo.

At a time when the Congo is implementing a proactive policy to open up its economy to the international community, more than 50 countries were represented at the launch of the ICB Forum 2015. Large delegations of investors have arrived from Turkey, Israel, Algeria, Tunisia, Japan and China. Morocco had a strong presence in the form of a delegation of more than 130 businessmen, in the context of the reinforcement of South-South cooperation. 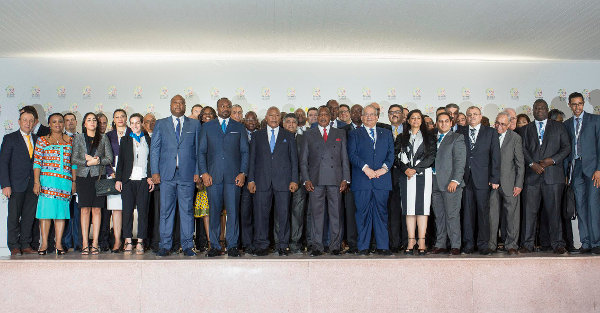 Minister Isidore Mvouba launched the opening ceremony by declaring: “The ICB Forum 2015 is a hothouse for sharing and networking, for B-to-B meetings with private and public Congolese decision-makers”. He then reminded the delegates that the diversification of the Congolese economy will allow it to decrease its dependency on oil, before concluding his speech by highlighting the country’s economic potential: “The Congo will rise up from its ashes. The modernisation, industrialisation and diversification of the Congolese economy are all within the realms of possibility”.

His Excellency, Denis Sassou N’guesso stated: “As a member of two economic bodies-the CEMAC and the CEAC – representing a market of 120 million consumers, and holding geostrategic position in central Africa, the Congo is a rich country which offers considerable investment opportunities. The Congo is making improvement of its business environment a priority of its development policy, through the modification of regulatory mechanisms. The ICB Forum 2015 will provide us with the necessary clarifications as to our industrialisation programme, which aims to set up special economic zones”.

Watch the official film of the ICB Forum 2015, shown during the opening ceremony, here.

In the afternoon, throughout the course of the first plenary conference, panellists and experts exchanged views on the development of hubs of growth and competitiveness in order to allow the Congo to hoist itself above the emerging countries on the 2025 economic growth horizon.

The first day of the ICB Forum 2015 concluded with sector specific workshops. These sessions allowed participants to gain knowledge on the new sources of growth and jobs developing in the flourishing sectors of agriculture, forestry and the wood-cutting industry, tourism and hospitality, the environment and real estate.

Access the complete programme of the ICB Forum 2015 here.