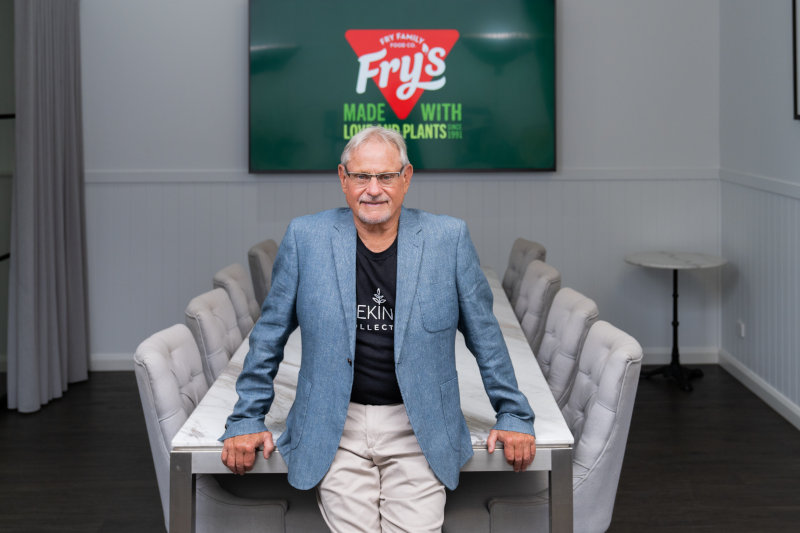 Assigning Wally Fry the title of pioneer of plant-based foods in South Africa is well justified. The epitome of an early market entrant, the Fry Family Food Co. was established in 1991 at a time when vegetarianism was largely considered a fad in South Africa, and retailers had little to no faith in the demand for meat substitute products. How the former KwaZulu-Natal (KZN) farm boy and livestock trader built up the business may not have been commercially conventional, but it certainly proved successful.

Wally Fry is emphatic that the establishment of the Fry Family Food Co. in 1991 was an aspiration and value-driven decision rather than a profit-driven one. In the three decades since, the business has led the growth of plant-based and meat-free food products in South Africa, making vegan and vegetarian options easily accessible to consumers looking for alternative protein sources.

Speaking to How we made it in Africa from Australia, where he now lives, Wally credits his wife Debbie with introducing him to a meat-free diet while he, ironically, was in the goat and cattle trade. “I met my wife while I was a livestock agent and she was already a vegetarian. I didn’t even know what a vegetarian was at the time,” he says.

After the two married, Wally worked in his father-in-law’s construction business and then established his own small construction company. It was while in the building industry that he became involved in the development of a 1,000-sow piggery in KZN. Visiting the site once in operation, he describes his shock at the conditions in which the bred-for-meat animals were held.

His final push towards a meat-free philosophy came when his young daughter also became a vegetarian and started asking questions about the reasons animals were reared and killed for food. “She asked questions I didn’t have the answers to. I started to do some research and was flabbergasted at the extent of biodiversity destruction as a direct result of livestock farming. It was an epiphany for me. Discovering alternative food sources to meat became a passion, a desire, a calling,” he explains.

Realising he would “not last long on a diet of rice and lentils”, Wally began to experiment with ingredients in the family kitchen, learning how to process raw materials such as soya and make emulsions from vegetable-based fats.

“The kind of food development I was doing at the time was unknown in the world. This was tough, as there was no-one I could go to for advice and I had to figure things out myself,” he describes.

Producing homemade meat-free alternatives for family and friends, Wally reveals he had no desire to commercialise the concept until he was approached by a marketing specialist in 1992 who recognised the opportunity, drew up a free business plan for the Fry Family Food Co. and introduced him to players in production and packaging. “He taught me so many things about the retail business and I am forever grateful for his intervention.”

Wally soon approached the food buyer of a large national retailer, secured a meeting and provided a tasting of his meat-free sausage, hotdog, polony and burger, preparing the food on a two-burner camping stove in the small kitchen of the supermarket chain head office. “He liked the product and said he would give us a listing in 33 stores nationally, but he had no idea of our limited production capacity, and we hadn’t even finalised packaging yet. 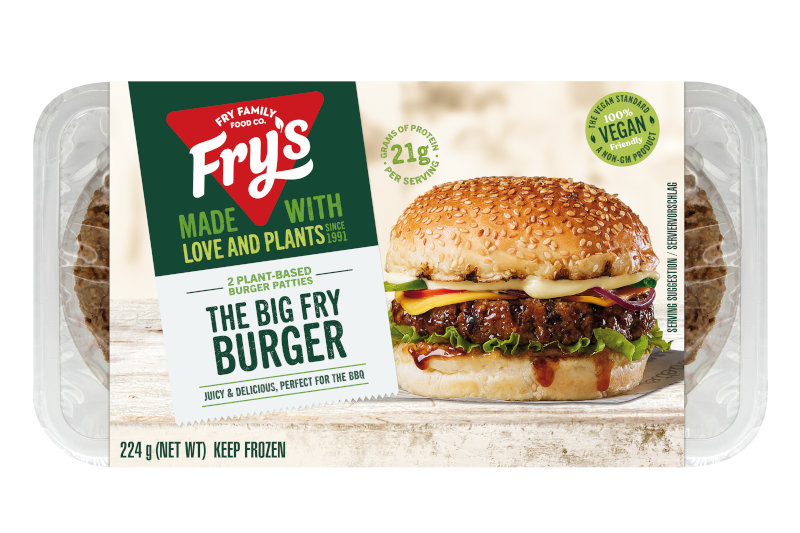 “To fill the order, I bought second-hand food manufacturing machinery at an auction in Durban, installed it in a small factory space I owned, employed a recently retrenched butcher who knew how to operate the processors, and slowly began production.”

The original team – comprising himself, his single factory employee, and his wife, Debbie – was soon successfully running production.

Wally explains that the business was completely self-funded and that, once he left the construction trade, the family lived off rental income from several small factories he owned. “No borrowed funding was ever used. All the profits were reinvested with the simple mantra ‘if I can’t pay cash for it, then I don’t need it’,” he notes.

Within 18 months of its first listing, Fry Family Food Co. products had appointed distribution agents across the country and Wally had acquired listings in every national branch of Pick n Pay, followed by Checkers, Makro, Spar and multiple independent retailers.

In 1992, the original factory was producing around 300kg of product a day and, in 2005, the business opened its first 5,000m2 custom-built factory in Durban. “Because no-one had ever produced food like this before, we had to design our own machinery. We ended up with a factory that produced up to 14 tonnes in a 24-hour period,” he says.

Wally describes the business’ expansion into the international market as largely serendipitous. Upon relocating to Australia in 1998, the company’s key accountant recognised the lack of plant-based products and meat substitutes on the market and convinced Wally to ship an container of products to Australia. After a slow start, Fry’s products were soon listed in over 2,000 stores across Australia. “It was an incredible growth off a tiny base,” Wally notes.

The following year, the company started exporting into the UK and Belgium, signalling its entrance into the European market. “The way we expanded into foreign markets was completely unplanned and without a defined strategy. Someone would try our products in one country and contact us to say they wanted to represent us in another market. After we checked their credentials, they would pay upfront for stock, which we would then ship, and this resulted in a fantastic global network of agents. We honestly had no strategy around reaching a certain number of sales, we were just happy with whatever we got.” 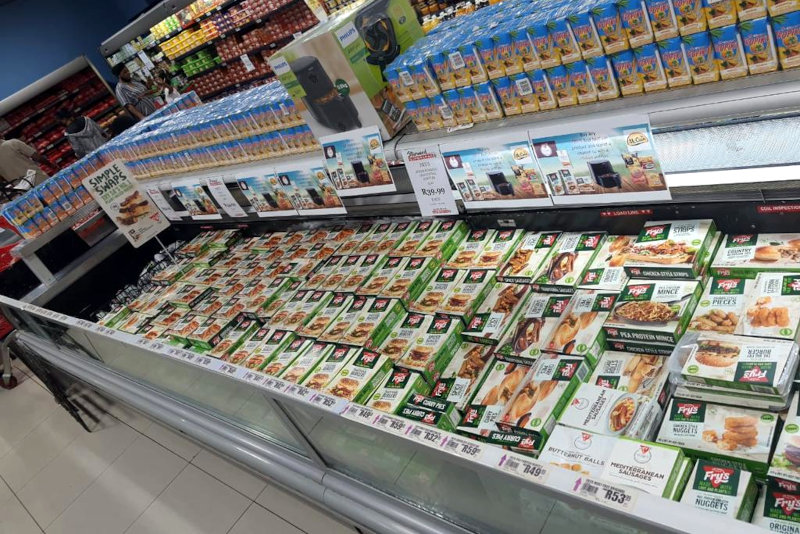 Fry’s products in a supermarket.

Fry attributes the success of the business to the fact that the people they were selling to knew the company was run and operated by a vegan and vegetarian family with a moral cause, which provided the brand authenticity.

Selling a stake in the company

In 2020 Wally sold a majority stake in the Fry Family Foods Co. to the LiveKindly Collective. This was after the New York-based LiveKindly Collective raised US$200 million in capital from several global investors, including its founders, entrepreneurs and family offices, to acquire brands that would ultimately establish one of the world’s largest plant-based food companies.

Upon acquisition in 2020, the Fry Family Food Co. was producing some 5,000 tonnes of product per annum. “I sold the business in 2020 to a large New York-based business without ever having borrowed a cent,” says Wally.

Despite the acquisition, the Fry Family Food Co. remains a family affair. Wally’s daughters Tammy and Hayley head up marketing, and research and development, respectively, and son Shaun acts as general managing director in the Australia and New Zealand region. Wally remains a consultant and advisor to the business on an ad hoc basis.

With its primary production facility still located in Durban, Fry’s Family Food Co. – under the LiveKindly umbrella – has since established a second manufacturing plant in Europe.

Although much of the Durban-based manufacturing and processing machinery has been scaled, upgraded or digitalised, many of Fry’s original manufacturing machines remain in operation today. “The sausage packaging machine I designed and built in 1995, for example, is still packaging five tonnes a day,” he says.

Leveraging off the larger footprint and network offered under the LiveKindly Collective, the Fry Family Food Co. plans further expansion into international markets, as well as the development of additional meat-free and plant-based products.

“Plant-based living is a fast-growing trend in the world, and to meet the demand, better and better alternatives to traditional meat, fish and dairy products are being developed at a mind-bending speed,” says Wally. 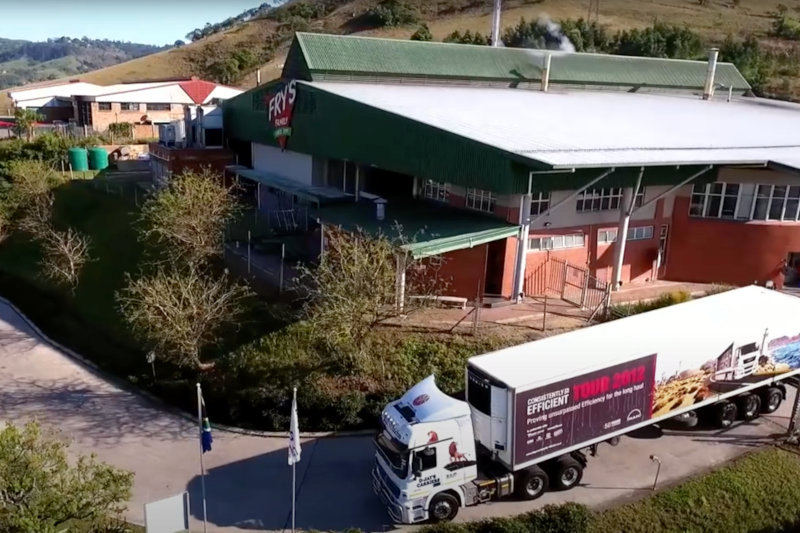 Describing a holistic approach based on the belief that the health of animals, the planet and consumers are intrinsically linked, the company is meticulous about the sourcing of raw materials and manufacturing for its now over 60-strong product range. It continues to source non-genetically modified proteins from ethical sources that are “rigorously tested” and certified free from pesticides to produce quality products that are preservative-free and 100% vegan.

Sources of protein include soya, wheat, rice, quinoa, pea and chia seeds, while fats are derived from sunflower oil, flaxseed oil and coconut oil. Carbohydrates in the form of potato, maize starch and wheat flour are used in the production process. Flavourings are derived from a variety of plants.

Recent data suggests global consumers are increasingly looking to meat-free and plant-based food alternatives as they adopt a growing preference for foods perceived to be healthier and more sustainable. A 2021 report by Bloomberg Intelligence predicts the plant-based food market will grow from $29.4 billion in 2020 to over $162 billion by 2030, or 7.7% of the expected $2.1 trillion global protein market.

It states that while about 5% of the global population identify as vegan, flexitarians – who eat a primarily vegetarian diet but occasionally consume meat or fish – constitute around a third of the US population.

“We expect the sales growth for plant-based meat and dairy alternatives will outpace conventional products, supported by increased production capacity, lower retail prices, broader distribution gains and consumer acceptance,” according to the report.