Increasing adoption of technology in sub-Saharan Africa is disrupting industries such as banking, retail and education. How we made it in Africa asked several DHL Express country managers how technology is changing the way business is being done in their respective territories. 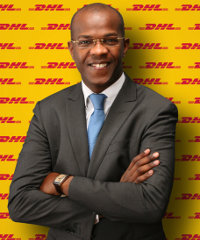 Mobile money platforms have made it possible for anyone with a mobile phone to send and receive money, as well as pay for goods and services. Kenya’s M-Pesa service, operated by Safaricom, has been a leader in this field.

“Kenya was the birthplace of mobile banking when M-Pesa was introduced in 2007,” says DHL country manager Alan Cassels. “This has transformed the way business is done. M-Pesa can be used for paying taxis, paying duties on import shipments or paying a friend. It also means people carry less cash, which can lead to a reduction in crime.”

Technology is also transforming the traditional banking industry. “Banking has evolved to a great extent in Uganda,” says local DHL manager Asteway Desta. “Banks are now differentiating themselves through what they can do in terms of automation. They are constantly encouraging electronic banking and incentivising customers to do so.”

A similar trend is playing out in Mozambique where more and more people are banking online. “The main game-changer in Mozambique has been the higher penetration of mobile and internet, which has been extended to rural areas over the past two years. Mobile is still the main source of connection to the internet and the world,” says DHL country manager Dominique Lalous.

Africans are slowly but surely becoming more comfortable with shopping online. According to McKinsey & Company, e-commerce could account for 10% of retail sales in the continent’s largest economies by 2025. By comparison, online retail in the US already accounts for around 9% of total retail sales.

“The Uganda community is now more versed in online shopping,” says Asteway Desta. “As DHL we are getting numerous requests to transport goods that have been purchased online.”

In Mozambique, Dominique Lalous is also seeing a “steep increase in private individuals importing goods from all over the globe”.

In The Gambia “the continuous growth of technology has changed the education sector by easing access to high-quality knowledge for schools and students,” says DHL country manager Claude Edgard Zocli.

He points to the recently announced Connect Gambia-Vision 2020 initiative by electronics manufacturer RLG that aims to provide a tablet for every Gambian student from primary to university level.

Technology is allowing companies to operate more efficiently. For example, in The Gambia, local businesses are benefiting from better productivity, networking and cost management, according to Claude Edgard Zocli.

Similarly, the vast majority of Angolan companies are now connected to the internet. DHL country manager Egidio Monteiro says this gives local firms access to global opportunities, the ability to work closer with their customers and the use of tools and applications to improve their businesses.

In some cases greater internet connectivity is driving new industries, such as in Mauritius where undersea communications cables have spawned a thriving business process outsourcing (BPO) sector.

“Mauritius has a well-developed connectivity network, linked to the world through the South Africa Far East and Lower Indian Ocean Network cables. This has enabled Mauritius to develop its ICT sector with the result that it now has a growing BPO industry,” notes Rahman Bholah, head of DHL Mauritius.