East Africa’s growing opportunities in the technology sector have proved too good to ignore for some entrepreneurs from western countries. While many people in Africa have for a long time viewed the US and Europe as the lands of opportunity, young entrepreneurs from western countries are abandoning Silicon Valley to participate in east Africa’s technology sector.

Jeremy Gordon (27) came to Kenya two years ago to work as a volunteer with a microfinance institution in Nairobi for four months. 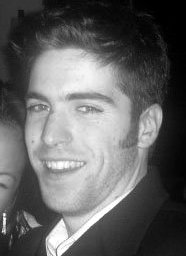 Jeremy Gordon says that he finds the opportunities in east Africa more exciting than those in Silicon Valley.

“I just wanted to come and see how mobile money was being applied in microfinance. I had read a lot about M-Pesa. I was planning to go back to graduate school, but I decided to stay and explore opportunities here,” says Gordon.

Today Gordon is involved in a number of technology startups. He co-founded Niko Hapa Ventures, a loyalty programme that enables businesses to reward loyal customers, get feedback and generate buzz on social media.

Though he grew up in the San Francisco Bay Area – home of Silicon Valley – Gordon says he finds the ICT opportunities in Kenya more interesting than those in the US.

“It is significantly easier to raise money in Silicon Valley, but both the problems being addressed by ICT and the solutions people are working on [in Silicon Valley] aren’t as exciting to me,” says Gordon.

Michael Benedict moved to Uganda to work for an NGO, but when his contract expired he opted to stay and founded Carbon Keeper, a mobile phone and web based software for collecting customer information on rural energy projects.

“I worked on rural energy for four years in Washington D.C. Moving to east Africa was an opportunity to come out and actually be involved in a project on the ground and work on technology that people in D.C. are promoting. I am able to do it in a better way than I would at my desk in D.C.,” says Benedict.

“East Africa is at the cusp of a technology-driven inflection point. We saw an opportunity to help redefine commerce and be a part of something meaningful,” says Ben Lyon (26), a US expat who co-founded Kopo Kopo, a web based mobile payment gateway that helps businesses process mobile payments in real time. 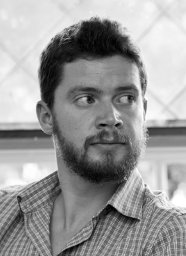 Ben Lyon notes that east Africa is at the cusp of a technology revolution.

Having witnessed the internet revolution in Denmark in the early 1990s, Michael Pedersen sees the technology revolution in east Africa as a second chance to grab opportunities missed earlier.

“East Africa is a place I have been following since 2006. I worked with a digital agency in Kenya and later moved back to Denmark. When the fibre optic cables landed I moved back because it presents new and exciting opportunities,” says Pedersen, developer of Uhasibu, a web and mobile cloud based accounting system developed for SMEs.

Sandra Zhao (23) cooked at a restaurant and ran a tech startup on the side in New York. She moved to Kenya and is today working with a technology focused social enterprise; One Degree Solar, a solar energy company that uses a mobile platform for communication with its customers.

“My friend who was here (in Kenya) kept talking about the iHub (a co-working space and business incubator in Nairobi) and all the cool things happening here. The more she talked about it the more I wanted to come. It is a unique place to be,’ says Zhao.

Bas Hoefman (35), a Dutch national, explains that he established Text to Change, an organisation that uses SMS to challenge people on their knowledge of personal health, in Uganda primarily because of the wide penetration of mobile technology in the region.

Hoefman explains that mobile phone technology is the most effective and affordable medium of communication and has and will continue having a huge impact on rural communities in east Africa.

“With the promising growth of cheap Android phones it will also be Africa’s laptop as most people will not need to own one to access communication. The mobile phone landscape in Africa has rapidly evolved over the past decade with 500 million mobile subscribers and 1 million added every week due to liberalisation and increased competition,” says Hoefman.

Being in east Africa comes at heavy price as these entrepreneurs have found out. Pedersen reckons that for every month he is in Kenya he losses Ksh. 1 million (US$12,000) that he would have made elsewhere.

“Before I came here I was making more than what I do now. When I think about opportunity cost it is not just about finances. Considering the chance to build interesting, potentially high-impact products and services here in Kenya, I would say the opportunity cost of being in the US is much higher for me,” says Gordon. 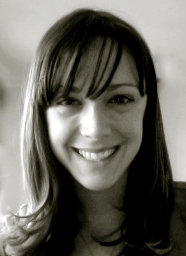 Toni Maraviglia has sacrificed a position in one of the world's top business schools to work in Africa.

Toni Maraviglia (28), a teacher from the US, moved to Kenya to work for an education focused NGO in rural Nyanza, Kenya. Maraviglia worked with teachers to create MPrep, an assessment-based system that quizzes students on topics learned in class via SMS. Though she was later admitted to the Haas School of Business in Berkley, one of the top business schools in the world, she opted to stay in Kenya and build MPrep.

“I don’t feel I have given up that much to be here. I don’t see this as a loss. I am in love with this place. It is really hard being away from your family. I have to miss four weddings this year. However, besides that, there is a great opportunity to do something good here,” says Maraviglia.

Even as foreign entrepreneurs flock to the region, concerns have been raised about how effective they will be in a market that is very different from western countries.

“The most effective way to build products is to build them in markets you are familiar with. Foreign entrepreneurs working in east Africa cannot compare themselves with locals. I am aware that there are certain things that will take a while for me to understand. It is very easy to make false assumptions,” says Jeremy Gordon.

“Working with Kenyan staff and partnering with Kenyans is the way to do it. We have to understand how mobile technology works here. Even though smartphones have done so well in the region, most people still don’t have smartphones,” says Zhao.

What does the future hold?

Although most of these young expatriates are uncertain about whether they will be staying in east Africa permanently, they are optimistic about the region’s future.

“By having worked in east Africa for over five years I have learnt that it has enormous potential. The region has shown a vast economic growth and there is a rapid growing middle class. I believe, despite its challenges, east Africa has enormous business potential and not only in the ICT sector, but also in other industries,” says Bas Hoefman.

Ben Lyon adds: “There is a possibility I could stay here permanently. Kenya has an exciting future ahead of it and I feel obliged to contribute to that future. I am also interested to see how the IT space in South Sudan and Somalia develops in the next five to ten years.”