A month ago today, Nigeria overtook South Africa as the largest economy in Africa with the rebasing of its GDP. This will likely form the foundation of many of the discussions at the World Economic Forum on Africa this week (held in Nigeria’s capital Abuja), which Anthony Thunstrom, chief operating officer for KPMG’s Global Africa Practice, describes as being “Nigeria’s coming out event”. 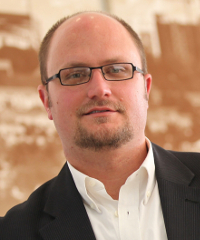 Lyal White, director of the Centre for Dynamic Markets at the Gordon Institute of Business Science

“There just seems to be a fundamental shift in attitude once Nigeria officially took on the title of being the biggest economy in Africa, even though nothing has officially changed,” Thunstrom commented to How we made it in Africa.

Nigeria’s GDP base year – the benchmark year for all calculations used in working out the GDP of a country – was changed from 1990 to 2010, and now includes some of the country’s booming industries, including ICT and entertainment (such as the Nollywood film industry).

The result was that Nigeria’s GDP grew by almost 90%, being recalculated to roughly US$500bn in 2013. This increase was way above what many economists predicted and soared past South Africa’s GDP of about $385bn.

Lyal White, director of the University of Pretoria’s Centre for Dynamic Markets at the Gordon Institute of Business Science, admits to being in the camp of economists who were surprised by how much Nigeria’s GDP increased through the rebasing. To put it in perspective, he noted that the difference in size between Nigeria’s and South Africa’s economies is now equivalent to more than two Kenyas.

He highlighted that Nigeria’s new status has a number of positive implications for Africa.

“Nigeria was, and now is, fully confirmed as the ultimate destination for most investors and most people who are interested in markets and sheer market size,” said White.

Furthermore, the rebasing saw Nigeria become one of the top 30 largest economies in the world, and White highlighted that the country will now be taken more seriously in the global marketplace.

“When Nigeria attracts attention and a positive image and attracts capital, that capital is good for Africa. So it is a very good thing for all of us.”

Another positive implication of the GDP rebasing is that Africa now has more than one large economy to draw investors to the region.

White explained that regions such as Asia and South America are attractive because they hold a number of large economies that appeal to investors.

“South Africa and Nigeria are now [closer to] equal counterweights in economic size and that is very important for investors because investors want to go to a location that has a healthy neighbourhood, where they don’t have to pour all their interests and eggs into one basket,” explained White. “They can now spread their interest across the continent.”

The importance of updating data

White also said demographic and economic data in Africa needs to be updated as “we are in desperate need of developing stronger numbers”.

“We have got poor numbers at the moment that give us a bit of a data deficit and I think that is underpinning a lot of our understanding [of the continent’s potential] and a lot of the decisions that are made. We need to have better numbers to make more informed decisions.”

He added that more and more African economies are starting to rebase their GDPs, with Kenya recently announcing it will release its updated economic data in September.

Other official statistics, like the true population size of Nigeria, are also likely far off in estimates, and could do with an update, noted White.