Recent years have seen numerous multinational companies expand their presence in Africa. But finding the right skills to support this growth can be a challenge. 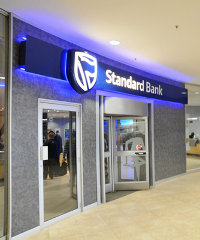 Standard Bank looks both internally and externally to find the right talent to manage new operations on the continent.

At the recent International Food and Agribusiness Management Association (IFAMA) World Forum, held in Cape Town, representatives from four multinationals discussed the strategies they have implemented to ensure they have the right employees managing their African operations.

Global agribusiness and food conglomerate, Olam International, was established in Nigeria in 1989 and started by exporting raw cashew nuts to India. Within 25 years, the company has grown to have operations throughout the world, including 25 African countries.

During the company’s early years it recruited people from India into Olam’s leadership positions in Africa, according to Raj Vardhan, currently regional controller for Russia, Ukraine, Uzbekistan, Turkmenistan. Reasons for this included the fact that India had trusted business schools that produced quality graduates with a sound English language education. In addition, Vardhan said Indian people are generally more willing to relocate than other nationalities.

However, as Olam grew its African operations, this was no longer a sustainable strategy. “We have now heavily moved into localisation programmes. We were [once] only running management training programmes out of business schools in India. Now they run out of Africa,” said Vardhan.

For example, Olam works closely with a number of institutions and business schools across the continent to recruit and develop talent, including the Lagos Business School and the University of Cape Town.

“When you get into a localisation programme, make sure that you work without any glass ceiling mentality. Make sure that you commit yourself honestly to it, saying that people can grow at a local level, that they have the capacity to [grow].”

Recruiting from the diaspora

When global animal health and nutrition company Novus International first expanded to the continent, it looked at hiring people from the African diaspora who had an understanding of both the local African environment and western standards of doing business.

Bayella Thiam, executive manager for Africa at Novus, explained that Africa’s improving business climate is making it more attractive for the diaspora to return to the continent. Nevertheless, it took the company 18 months to find a manager for North Africa who had the right skills and experience, and was fluent in French, Arabic and English.

Land O’Lakes, a global agricultural organisation with a focus on dairy, runs projects across East Africa and Liberia. The organisation’s first private sector dairy development programme in Africa began in Uganda in 1994.

“Generally, when we start these projects up, we bring an expatriate out. It is usually an American, usually somebody who knows Land O’Lakes, works for Land O’Lakes, understands the Land O’Lakes way of doing things,” explained Thomas Herlehy, the organisation’s practice area manager for agricultural productivity and competitiveness.

The company will also bring in finance and HR people from its headquarters to help set up operations and start the local recruitment process.

Herlehy noted that in some African countries it can be difficult to find information on the average salaries and benefits for certain positions. “So when you go and start a greenfield operation like we did in Liberia, you have no idea what the going salary is for a senior accountant… It leaves you really at the mercy of so many unknowns and it makes starting up extremely difficult.”

Companies should approach multinationals already established in the market to find out what they pay their professionals, said Herlehy.

South African-based Standard Bank looks both internally and externally to find the right talent to manage new operations on the continent.

However, he added that it is also important to employ people with an understanding of the particular African market where new operations are being opened. “When you go to Anglophone, Lusophone or Francophone countries, it’s a very different skill set that is required.”

Lotter noted that employing expats to fill new positions can also be expensive and could potentially upset local employee morale.