Tanzanian entrepreneur Frederick Swai says that in his rural village in the Mbeya region, “almost 90% of the youth know how to use computers”, thanks to the training centre he started five years ago. 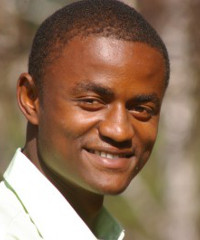 The 22-year-old started The Dreamer Centre to offer his community computing and office services such as printing and book binding, as well as training courses for youth using educational computer games.

In 2011 Swai was a finalist in the Anzisha Prize, Africa’s premier award for entrepreneurs aged 15-22 who have developed and implemented innovative businesses or social ventures.

He say the idea for the centre was sparked during a trip to Dar es Salaam when he was 16. While in Tanzania’s commercial hub, a friend taught Swai how to use a computer.

When he returned home Swai resolved to address a major challenge his neighbours faced: having to walk more than 2km to print or copy documents. He began saving his pocket money and convinced his parents to help him raise money which he used to purchase three computers.

Swai used the US$1,000 cash prize from the Anzisha Prize to purchase more computers.

Nicknamed “Freddie the Dreamer”, Swai is currently pursuing a degree in Computer Engineering financed by his business. He has also recently started a new venture called New Anointing Computer Technology, an IT company that offers web and network design, applications development, data security and office services such as printing and photocopying.

Swai says he shifted his focus to the new business after a fire caused by an electric shock destroyed the computers, photocopy machines and printers at The Dreamer Centre.

“That is what gave me the new idea of New Anointing Computer Technology. I realised I did not need all those machines to run a business. I repaired some of them because I am studying engineering and we started the new company.”

New Anointing Computer Technology has signed two contracts with government agencies and built products and services that have eased the collection of levies and increased earnings, as well as the accountability of collected funds.

Start your own business

Swai notes that African youth should not wait “for the government to employ us” but instead start small business and seek opportunities such as the Anzisha Prize that can help them grow their enterprises.

“Young people should look for opportunities, start businesses and hopefully along the way someone will notice their efforts and offer them support.”

Swai says being an Anzisha Prize fellow has had a big impact on his success in entrepreneurship.

“The Anzisha Prize shapes your idea. I got mentors who offered me advice on how to better execute my idea and scale our operations. They have been very supportive even when I was starting my new business.”

He also attributes his success to a problem solving attitude and high self-efficacy.

“My mother will tell you that I am a very ambitious person. I have confidence in myself.”