Ethiopia has experienced impressive economic growth in the past few years and, according to the IMF, is estimated to be one of the top 10 fastest growing economies in the world over the next five years. 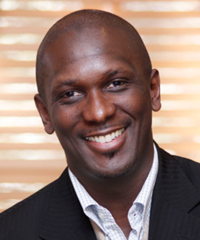 Malik Fal is the managing director of Omidyar Network Africa.

According to a recent report entitled Accelerating Entrepreneurship in Africa by the Omidyar Network, the country has seen regulatory and institutional reforms such as improved business registration requirements, which have helped strengthen investor confidence in the market.

“Results from Ethiopia reflect a positive outlook for conducting business as the country continues to embark on a cautious programme of economic reform, including the privatisation of state enterprises and rationalisation of government regulation,” highlighted the research.

The results also showed that Ethiopia outperforms the other countries surveyed in sub-Saharan Africa in areas such as legislation, administrative burdens and legitimacy of entrepreneurship.

Starting and operating a business has become easier

“Ethiopian respondents are particularly upbeat about the changing business environment as the country continues to reform from a more planned and centralised socialist state, to a more open economy that is increasingly adopting aspects of capitalism and a free market economic framework,” stated the report.

Those surveyed indicated that in the last 10 to 20 years Ethiopia’s business environment has improved significantly and, in fact, the results of the survey indicated that Ethiopia outperforms the other sub-Saharan African countries surveyed in terms of starting a new business.

“Respondents are more positive about the ease with which required permits and licences can be obtained,” highlighted the report. “In addition, 52% of respondents believe government regulations do not interfere with the successful start of new and growing firms, in comparison to [sub-Saharan Africa] and global average agreement rates of 36%.”

According to the World Bank, over the past five years the following amendments have made it easier to do business in Ethiopia and have positively impacted the country’s entrepreneurial environment.

According to the report, these developments have helped develop a culture of entrepreneurship in the country.

“Financing is the most notable constraint, with access to capital and limited financing options emerging as the most significant challenges.”

According to the survey results, only 15% of respondents know of organisations that can direct them to sources of debt capital.

“Even when entrepreneurs know where to find debt, the costs associated with accessing it are perceived to be prohibitive, with 52% of respondents believing that the cost of debt hinders company formation and growth,” continued the research. “Interviewees highlighted collateral requirements, often over 100% of the loan value, as the key hurdle. The challenge with sourcing funds is exacerbated by largely undeveloped capital markets and limited alternative funding options.”

Furthermore, under 15% of those surveyed indicated that they believe that there is a sufficient supply of seed or venture capital for growing high risk companies. “Ethiopia recorded the most negative survey responses with regard to the use of mergers and buyouts to raise capital,” added the report.

However, there has been a growth in the number of micro-financing institutions such as Addis Credit and Savings Institution. The report highlighted that the Development Bank of Ethiopia has recently started to focus on providing medium to long term loans for projects investing in manufacturing, agriculture and agro-processing.

“The expansion of state-backed funding for new and growing businesses, be it at the regional or national level, has the potential to reduce the significant funding challenges entrepreneurs face.”

In addition, Ethiopia’s rapid economic growth has attracted foreign investment, such as Diageo’s and Heineken’s acquisitions of state breweries in the country. The report argues that this has helped place the East African country in the spotlight for being a credible destination for foreign and domestic capital.

“This is already bearing fruit for entrepreneurs as exhibited by the launch of a $100 million Ethiopia fund by the Schulze group in March 2012, the first private equity fund focused exclusively on Ethiopia,” the report explained.

Nevertheless, Ethiopia lags behind the sub-Saharan African and global countries surveyed in terms of business incubation, which the report said is still in its infancy. Of those surveyed, 72% believe that entrepreneurs do not have access to incubators to support their efforts to start new companies.

“While there are some steps in the right direction, including Ice Ethiopia – an ICT focused incubation platform founded in Addis Ababa in 2011 – this area of business support is largely undeveloped,” concluded the report.