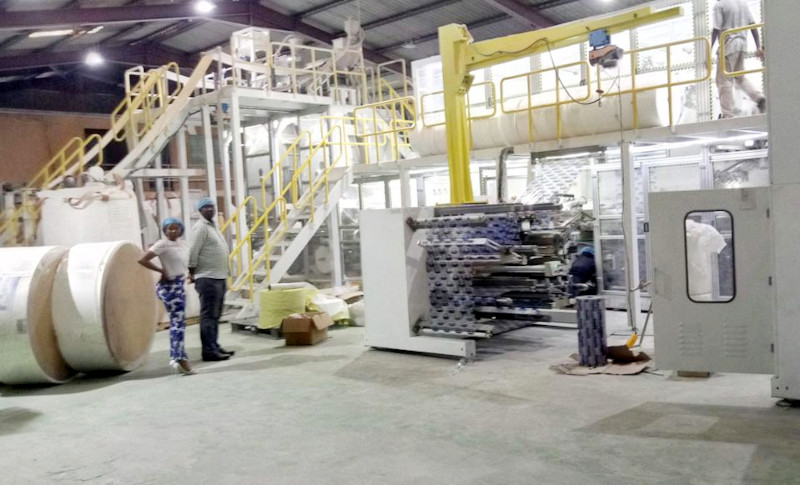 As we celebrate the New Year, Africa is emerging into uncharted terrain following the inflection point created by the year just concluded. The Covid-19 pandemic created a perfect economic storm for the continent, threatening to roll back decades of hard-won development progress.

In addition to the direct costs incurred to address the medical response, much more serious expenses were imposed by the need to lockdown largely informal economies. Africa’s lack of telecommunications and digital infrastructure precluded the shifts to online remote working opportunities to the degrees pursued elsewhere.

More seriously, Africa quickly learned how beholden it was to far-away supply chains – particularly in the healthcare sector. For a time African leaders were nearly impotent in their collective ability to source PPE and ventilators during a sudden worldwide frenzy during which these items became commodified and supply-constrained. More recently, concerns have emerged around African access to the various Covid-19 vaccines – underscoring the general paucity of locally manufactured pharmaceutical compounds. This new conundrum is emblematic of how the pandemic has crystallised policymaker focus on the need for Africa to get serious about manufacturing its needs.

2020 was clearly a year that will be long remembered. The global challenges and upheavals wrought by the pandemic revealed a number of structural weaknesses and embedded risks in the existing international order. As the pandemic spread around the world, nations scrambled to secure access to essential healthcare items – revealing just how concentrated many critical supply chains had become. The reality of these vulnerabilities was acute enough to elicit mercenary postures from even the leading developing nations; memories are fading now but the spring of 2020 witnessed numerous cases of rich nations brazenly commandeering each other’s shipments of PPE and ventilators.

The existing backdrop of great power tension between east and west against which the early stages of the pandemic took place has encouraged a reframing of the global portfolio of low-cost manufacturing centres in strategic terms. Developed nations have concluded that certain key supply chains must be reshuffled onshore, relocated to friendlier jurisdictions or diversified more broadly across geographic regions. All of these options present unprecedented opportunities for under-industrialised Africa.

For its foreign partners, particularly those in Europe and the Americas, Africa represents a natural and reliable option for new low-cost production centres. Most Africans speak a western language; there are actually more native English and French speakers in West and Central Africa than there are in the United Kingdom and France, respectively. Africa’s location is advantageously positioned on a longitude adjacent to Europe and roughly 10-15 days ship transit time from North America; up to 60 days can be required for dry bulk cargoes to East Asia.

European politicians struggling to find approaches to stem the tide of migrants from West and East Africa may find an elegant partial solution in encouraging the reshuffling of certain elements of their low-cost supply chain from Asia. Germany’s Marshall Plan with Africa could be refreshed and updated to focus on this opportunity. Using investments in labour-intensive production to jump-start job creation in regions from which migrants originate may help persuade African partners who Europeans have sought to convince to accept repatriated individuals.

Equally, discomfort with a rising China contesting its traditional spheres of influence may persuade the United States to promote increased production on the African continent as a means to diversify its supply chain dependencies away from an ascendant rival. The vulnerability of critical American supply chains in everything from essential white goods to pharmaceutical compounds to even the rare earths used as substrates for virus testing kits became acutely apparent during the early phase of the response to the pandemic. This practical geostrategic imperative may dovetail neatly with recent American policy overtures to the African continent designed to contest Chinese engagement. Prosper Africa, the US DFC and a reinvigorated USAID are all currently being arrayed to more effectively project American soft power in reflection of the changing landscape. In particular, a more robust set of investments and commercial partnerships focused on increasing African manufacturing capability would assuage criticisms of the narrowly security-oriented context characterising the bulk of America’s current engagement with Africa.

Most importantly, 2020 has powerfully shifted the thinking of Africa’s decision-makers who have long failed to take decisive action to industrialise the continent. The demand destruction that developed on the back of the pandemic forcing most of the world into lockdowns and travel restrictions created deep shocks to the incomes of commodity exporters worldwide. Crude oil prices, in particular, tumbled in the spring with WTI futures briefly touching negative territory for the first time in history and Brent being priced below $50 per barrel for most of the year. The overreliance of key African economies such as Nigeria and Angola on exported raw commodities in terms of their aggregate foreign currency earnings and export revenues limited resilience and economic flexibility. Furthermore, the African response to the pandemic was necessarily limited to crippling lockdowns given the inability to source sufficient PPE, testing kits and healthcare delivery tools such as ventilators and other hospital equipment.

Lockdowns were even more painful for Africa’s informal economies than most. Populations which lack social safety nets, and the financial delivery infrastructure that supports them, could not cushion the impact on workers. This produced negative growth across the continent and highlighted the urgent need for telecommunications infrastructure that could finally modernise economic substructures and give Africans more robust remote working, cashless payment and e-commerce options.

That the inability to produce items as simple as face masks and isolation gowns brought the continent to its knees and that pandemic induced supply chain disruptions, even briefly, threatened access to core food and staple imports has forced a reckoning with Africa’s failure to endow itself with such basic capabilities. Particularly in the healthcare domain, policymakers have summoned deep resolve to address these inadequacies – the African Union’s NEPAD has re-emphasised its comprehensive Pharmaceutical Manufacturing Plan for Africa. Even more encouragingly, global partners have signalled a willingness to use the moment to catalyse funding and support for establishing manufacturing initiatives broader than just healthcare. Such efforts may help to de-risk private sector investment in African manufacturing and reduce the cost of financing for existing producers.

As cases and deaths rise across Africa in a much more serious second wave which appears to be engulfing the continent, the primary coordinators of the African response – including Africa CDC’s John Nkengasong and the current African Union chairperson, South Africa’s president Cyril Ramaphosa – are ramping up efforts to secure vaccine doses and field clinical trials in Africa (and investigating potentially unique properties of the vaccines on African populations) for Covid-19 vaccine makers. While the western led COVAX facility coordinated by GAVI, CEPI and the WHO has espoused noble ambitions with respect to equitable vaccine access, the raw mathematics (price, supply and the already stretched African fiscus), increasingly mercantilist politics of vaccine distribution and the reality of the needs of wealthy nations who have sponsored vaccine development suggest that it is unlikely that Africa will receive meaningful vaccine allocations in the near term. China, Russia and others have produced competing vaccines but their distribution will face similar problems.

The political fallout from Covid-19’s illumination of poor governance and preparation will be difficult to manage. Many citizens are already asking how their governments could have found themselves so unprepared and lacking so much agency in securing vaccine supplies for the populations of African nations – further driving political pressure to increase productive capacity.

There is no doubt 2020 was a difficult year for Africa, however if, in addition to having avoided the worst of the infectious impact of Covid-19, Africa has also found the resources and resolve to finally take manufacturing seriously then, perhaps – for once, Africa may not have wasted a crisis after all.