Standard Bank analyst Simon Freemantle recently produced a series of five research papers on the trends powering Africa’s economic growth. During the course of the week, How we made it in Africa will examine each of these five trends in more detail. In our third article, we look at the economic effects of Africa’s ICT revolution. 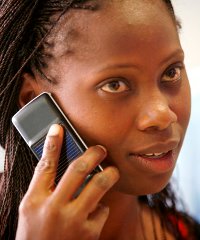 Africa is expected to have 800 million mobile subscriptions by 2015.

Africa’s ICT revolution has been well-documented in this publication and others. In 2000 there were only 15 million mobile subscriptions on the continent, by 2010 there were believed to be in excess of 500 million. It is expected that mobile subscriptions will reach 800 million by 2015. In the period between 2000 and June 2011, internet usage on the continent grew by 2,527%, compared to a world average of 480%.

“Few alterations of Africa’s macroeconomic vista have been as noticeable and inclusive as the growth of the continent’s ICT sector,” says Standard Bank analyst Simon Freemantle in a recent research report.

Freemantle says there is growing evidence of the economic gains possible from greater ICT penetration in emerging markets. “Without the telecommunications industry, it is estimated that Kenya’s GDP growth since 2000 would have been 0.9 percentage points (pps) lower on average. And, a recent study has shown how the incomes of Kenyan rural households have increased by 5%-30% since they began using mobile banking.”

The World Bank says that for every 10 pps increase in fixed line access, economic growth is likely to advance by 0.43 pps in high income countries, and 0.73 pps in low- and middle-income countries. It has further been found that an extra 10 phones for every 100 people in an average developing country could boost GDP growth in the respective country by as much as 0.8 pps.

“Much of the importance of mobile phones in the African context rests in the manner in which they allow Africans to sidestep pervasive infrastructure constraints, share information more freely, thus making markets more efficient, and stimulate and support entrepreneurial verve,” notes Freemantle.

One of Africa’s most talked-about ICT success stories is the rise of mobile money transfer services, led by Kenyan mobile operator Safaricom’s M-Pesa platform. In only five years since it was launched in 2007, over 14 million Kenyans have used the M-Pesa service. In 2010 an estimated US$7 billion (equivalent of 20% of Kenya’s GDP) was transferred through M-Pesa. The platform’s success has led to the launch of various other similar services.

Mobile phones have also supported poverty-alleviation and empowerment schemes on the continent. These include mobile phone applications such as Farmer’s Friend, Health Tips and Clinic Finder, which provide agricultural and health information.

While Africa’s ICT sector is set to continue on its growth path, various challenges remain.

The high cost of fixed line broadband is an issue that urgently needs to be addressed. “At present, broadband costs in Africa are exorbitantly high, due in part to heavy residual reliance on satellite communications and microwave networks,” says Freemantle. “Last year it was reported that the top five most expensive places in the world for fixed line broadband were all in Sub-Saharan Africa – led by the Central African Republic, where the cost was nearly 40 times the average monthly income of the population.”

A number of new fibre optic cables linking Africa to international networks are, however, set to provide a major boost to overall connectivity. “African corporate enterprises – large and small – will benefit from the increasing bandwidth capacity and reduced cost of internet services,” explains Freemantle.

However, for the continent to benefit from the new fibre optic cable capacity, inter-African backhaul networks are essential. Without substantial investments to improve the current intra-regional linkages, broadband costs are expected to remain high.

According to Freemantle, many telecommunications markets also remain inadequately liberalised. He says that those countries with investor-friendly policies in the ICT sector will gain an edge in unlocking the potentially profound gains technology is able to generate.