Divine Masters Limited is a Uganda-based business involved in the production and trade of soya beans, maize and rice. The company was started in 2007 by entrepreneur Orisa Raphael Jawino and currently works with 12,000 out-grower farmer families. 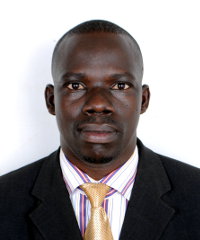 In addition, Divine Masters also has its own central farms in the Tororo District of eastern Uganda, which produced over 500 tonnes of soya beans, 2,000 tonnes of maize and 5,000 tonnes of rice crops last year.

“Originally we started with trading in grains and legumes and, by 2008, we realised that there was a big gap in the supply of soya beans in the country and the demand was so high whereas the supply was low,” said Jawino. “So we decided now to go into production of soya; that is growing it ourselves. We opened up farms and as time went on we also incorporated out-growers. This has grown over time and today we are working with 12,000 farmer families.”

Managing so many farmers does come with its challenges, but Divine Masters has tackled some of these issues by organising its farmers into 300 groups, consisting of between 30 and 500 farmers per group.

“These farmers operate in a cooperative manner where they have their own leadership structures; they elect their own committee members who guide or lead their operations,” explained Jawino. “Now Divine Masters operates or works directly with these elected leaders of the group, and any services – for instance inputs or credit facility that [have] to be extended to these farmers – I extend it through the group leadership, who is also responsible for ensuring that these services trickle down to the farmers. In the same way, when it comes to the collection of the grains and also the recovery of whatever inputs that were given or credit facility extended to them, we also get it through the group leaders.”

“So through this we face less challenges although often not everybody is 100% perfect,” he continued.

For example, the company has had instances where individual farmers have sold their produce to other people.

“And then also at times you find the farmers – rather than waiting for the pesticide that we give them for their crops – they [deviate] and some rush to the nearby shop and buy a different type of pesticide… Now at the end of the day you find the quality is a bit compromised because here we tend to focus on the quality of pesticide that we buy and so we buy it from a central place and then distribute it to them,” he explained. “Now this is where some of the challenges come in.”

Jawino said that the company just cannot keep up with the demand for soya in Uganda and the greater East African region. For starters, the supply in the region is low, with very few other local producers and the majority of the competition being international. Secondly, the demand for soya is also being amplified by the emerging consumer class that is becoming more health conscious.

“Due to the changing lifestyles of people today, the soya eating habits is increasing day by day – this right from the middle class across to the rural villages,” said Jawino. “There has been a lot of encouragement of people to eat soya food in the country and this had created wide demand.”

He added that soya processing firms import most of their crops. “Given the price tag on these imported products, somewhere somehow it also pinches on the pockets of the consumers as well.”

Imports come from places such as India, China and West Africa, and Jawino said this signifies that there is lots of space to increase Divine Master’s local production and establish their own processing plants to add value.

Currently Divine Masters sells its produce to local processors in Uganda and Kenya, but to add value the company has plans to set up its own manufacturing arm. It hopes to have this established by next year, depending on whether they can access funding in time.

“With the increased production at the farm and then also at the factory level, then we are in position to meet the [demand of the] local market… First satisfying the Ugandan market, and then rolling over to the East African market – that is Kenya, Tanzania, Rwanda, South Sudan and the rest of it – then rolling slowly to Central Africa.”

Jawino said that he is also interested in exporting internationally to markets such as Europe, but does not want to focus on this until Divine Masters can satisfy the local market in the region.

His advice to other Africans looking to expand their agribusiness ventures is to make sure that they develop their communication and management skills in order to align their resources properly. “And also investment into research and development; that should be key to the business,” he added.