Sustaining steady cash flow is one of the many challenges small manufacturers face. Six years ago John Murerwa and his wife Jacqueline struggled to keep their business afloat after they started supplying cookies, cakes, pies, croissants and other pastries to supermarkets in Kenya. The retailers would take 30 to 90 days to make payments. 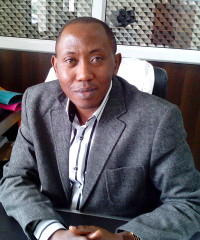 Realising that their business would not survive if it relied on supermarkets alone, the Murerwa’s changed tactics by opening their own stores and distributing bread to small informal retailers.

Today GAL Baking Services, which was founded in 2005, is a thriving business operating five outlets in downtown Nairobi, targeting young people and mothers in the lower-middle class segment. The company also manufactures up to 6,000 loaves of bread per day for sale to kiosks at informal settlements in Nairobi.

“We did this purely to help us with cash flow,” says John Murerwa. “As a small company, if we had not taken that route it would have been harder for us to break through. The big manufacturers have got all the money they need and banks are willing to loan them money because they are seen as less risky. However for a smaller company, it is almost impossible to access enough money to keep supplying supermarkets. If you have to wait two to three months to get paid you can imagine how much money you would have held up outside.”

Murerwa say the business maintains a 50/50 balance between what it sells through its own outlets and to kiosks, and what it distributes to formal retailers like supermarkets that take longer to pay.

“You can’t really build a brand in Kenya without the supermarkets because that is where the middle class and upper class shop. In fact they don’t think you are serious if you are not on the supermarket shelves. We thought we needed to probably balance between what we sell cash and what we have to wait for before we get paid. Running our own stores enables us to have cash every day,” he says.

Murerwa says in the early days of the business, which was founded by his wife in their kitchen, accessing credit was difficult. Banks were “very rigid in their approach to lending” and focused not on the potential of the business but the entrepreneur’s financial history.

He notes that at one point when things were going tough, Fusion Capital, stepped in to help and subsequently built a close working relationship with GAL Baking.

“They walked with us for four years and we got better with record keeping because they were very keen on that. For them coming on board as investors and shareholders was a no-brainer. They knew the business in and out,” he adds.

“I believe having an investor will be good for our growth plan. The challenge we have as Africans is that we want to hold on to the business like a child. Which is better, to have 100% of Ksh. 10m or to have a 55% of Ksh. 200m?”

As the company expands, Murerwa plans to move into higher income areas of Nairobi and target the middle class. After eight years, he says the business is well equipped to compete in the mid-market segment where “competition is fierce and customers are picky”.

Murerwa quit his job as an auditor at Kenyan flour miller Unga Group to run GAL Baking after his wife, frustrated by the cash flow challenges, decided to pursue other interests. Since he had worked for a food manufacturing company for many years, he figured managing a bakery business would not be too different.

“I also had an interest in running my own business although, quite frankly, baking was not the idea I had in mind,” he laughs.

Murerwa and his wife now work together and he says they have endured many challenges along the way. He recounts how in 2008, at the height of Kenya’s post election violence, one of their distribution trucks arrived in the town of Naivasha just as violence erupted. The driver found somewhere safe to park the truck where it stayed for two days as they waited for things to calm down.

“For two days we were scared to get the truck out. When our staff finally checked the truck they found all the goods, which had been locked in there for three days, [had gone bad]. We lost products worth about Ksh. 600,000 ($6,829) and at that time the business was really young. It was a big blow,” recalls Murerwa.

Despite the challenges, Murerwa’s goal to build a pan-African brand keeps him going. However, he notes that growing a successful business takes time. “Don’t think you will start a business and a year down the line you are the big guy in town. You need tenacity for the long haul,” he advises.