At a technology event in Nairobi earlier this year Ghanaian entrepreneur Robert Lamptey wowed the audience as he narrated how his chat application Saya Mobile had gained millions of users in over 30 countries in just three years. Founded in 2011, Saya is a replacement for text messaging much like WhatsApp, but built for feature phones, and has gained users globally including countries such as India, Syria, Indonesia and Bangladesh. 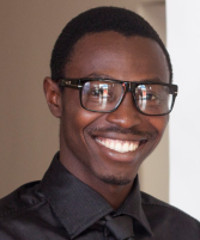 At the event Lamptey explained how the company’s servers crashed several times as the application went viral with 400,000 downloads in its first two months. Saya’s was the perfect story of a small African company scaling globally.

Last month Saya was acquired by US-headquartered Kirusa, a leader in voice messaging and social media mobile apps in emerging markets. Kirusa’s portfolio of mobile services include the InstaVoice, Celeb Connect and Sports Connect apps, which are offered in partnership with more than 35 mobile carriers in Africa, India, Latin America and Middle East. Its services are used monthly by over 80m mobile users in four continents.

Kirusa was co-founded in 2001 by its CEO and chairman Inderpal Singh Mumick together with his former work colleagues.

Lamptey tells How we made it in Africa the deal was inspired by a number of factors including Saya’s talent and existing infrastructure which aligned well with Kirusa’s InstaVoice application. He adds that the vision and focus of Kirusa and its “exciting products for the African market” made the US company a good partner.

“It was a perfect fit,” he says. “Inderpal and I have known each other for quite some time and at a point we wanted to partner up and do some things in common. The discussion went back and forth and morphed into an acquisition.”

Mumick is a renowned serial entrepreneur and a respected figure in technology. Described as a “telecom and wireless visionary”, he studied computer science and engineering in India, completed his PhD at Stanford University and worked for US telecoms giant AT&T.

Although financial details of Saya’s acquisition were not revealed, Kirusa took over the Ghanaian firm’s technology, intellectual property and workforce. Lamptey says Saya will merge its technology into Kirusa’s InstaVoice mobile app which allows users to communicate through voice messages.

Voice messaging is an area of key interest for Kirusa’s CEO who believes it “opens up a new communication paradigm” and will account for 15% to 25% of all SMS messages exchanged on mobile networks over the next four years.

“Africa remains a top priority for our business,” says Mumick. “While there has been astonishing progress of the mobile industry, the biggest impact of mobile in Africa is yet to come. We believe there are advantages to building products specifically for this region and have made the strategic decision to acquire Saya in line with that thinking.”

One rule: be the best

Lamptey advises other entrepreneurs seeking to attract foreign investors to build a compelling product with proven traction. “Finding a partner is an art. If you are doing something well, a lot of people want you.”

His journey building Saya wasn’t always rosy. Although Saya acquired millions of users across the globe it faced difficulties monetising the platform.

In an earlier interview with How we made it in Africa he explained that the company raised funding in the “hundreds of thousands of dollars” to cover its operating costs and technology development. However, at the onset Saya had “no clear way to monetise” partly due to lack of a mobile payment platform.

Lamptey also talked about the “ugly side of being an entrepreneur” describing the realities of running a start-up such as having to pay staff out of his own pocket because of “money issues”.

He described being CEO as “the most difficult job in the world”.

“As the CEO you are the captain of the ship [and] you are the last person to jump out when the ship sinks. Even when you see a storm coming, you just tell your team all is well.”

Lamptey co-founded Saya straight out of Accra-based Meltwater Entrepreneurial School of Technology (MEST). He attributes the success of the company to his upbringing in a household where striving to be the best was encouraged.

“I was one of the few kids in the neighbourhood who had a chemistry lab and who dismantled TVs. I was a science student. I used to win all the literature awards in school. My father always taught me to be the best in everything I did. Even if I wanted to be a footballer, there was one rule: be the best.”