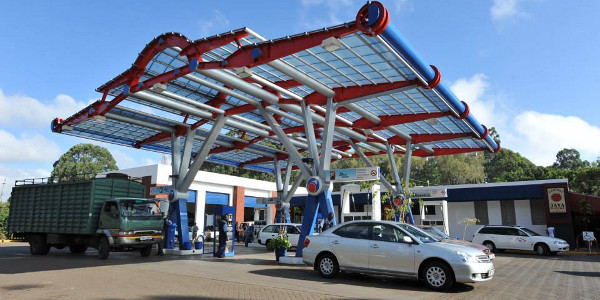 Kenya’s KenolKobil Group is one of the country’s biggest fuel marketers. But its reign at the top came under serious threat in 2012.

KenolKobil has an over 50 years’ legacy, rising from a humble kerosene reselling outlet started by a British settler in the Central Kenya region – to a publicly traded company with hundreds of service stations in east, southern and central Africa.

Then in 2013 a planned buyout by Puma Energy – which had also been frustrated by a court case filed by KenolKobil’s employees – fell through for undisclosed reasons. KenolKobil was battling several legal disputes, including one with government in which the oil marketer was blocked from processing its oil at Kenya’s sole refinery. And to top it all, the firm made a pre-tax loss of Ksh8.9bn ($87m) for the year ended December 2012, at the time the highest loss ever reported by a company listed on the Nairobi bourse. With the takeover scuttled, about $180m in debt, and having made a record loss, talk was rife that KenolKobil was headed for collapse.

How does a company bounce back from such a situation? Israeli national David Ohana, managing director of KenolKobil Group, will tell you it takes tough decisions, sleepless nights, many sacrifices from employees, and a management team leading by example.

Today KenolKobil’s debt is down to around $40m, says Ohana. The company is again profitable and last year it issued dividends for the first time in four years. In August, it announced its first half financial results for 2015, posting a net profit of Ksh.918m ($9m), a 73% jump compared to the same period last year.

“This year we are super profitable. The company is doing great again.”

The group is increasing the number of service stations in the African countries it operates, which include Kenya, Uganda, Tanzania, Rwanda, Zambia, Ethiopia, Burundi, Mozambique and the DRC. In Kenya alone, Ohana says it has opened 12 service stations in the last four months while in Burundi it has added 30 outlets in two years.

But taking up the mantle at a time the group was facing multiple challenges was no mean feat. Until he was appointed group CEO in July 2013, Ohana had worked in the company for nine years, climbing the ladder to become general manager of the KenolKobil Kenya unit.

“It was stressful. I knew it was going to be tough to take over a company in such a situation. We had a lot of sleepless nights here. The company was not in good shape – before tax we had a close to $90m loss in one year. For a company like us it was a shock,” says Ohana. “But I knew KenolKobil, I had served for nine years in different positions, so for me there was no question about succeeding. It was just how fast.

“And I am happy, it took us two years to turn it around completely.”

This involved many tough decisions. KenolKobil exited low margin businesses and embarked on cost cutting measures, sold some of its assets, and laid off nearly 50% of staff, an exercise Ohana describes as “painful”.

“We had excessive staff. We had many duplications and positions that were really unnecessary. In the public relations department, for example, we have one person today but before we had five people all doing the same thing. We were simply spending unnecessarily and we needed to make tough decisions,” he explains.

“These were my employees, most of them I recruited. I could not sleep at night. But I knew that we had to do it. It was radical, but cutting costs was the formula to save the company. It was either that or KenolKobil goes under and everyone loses their job.”

With staff uncertain of their future, some opted to jump ship. Ohana says he had to do “a lot of explaining” to the staff who were retained and sell them the vision for recovery.

“You talk, you explain – but you also lead by example. When you ask them to cut the costs, you don’t go and fly business class, you don’t go and sleep in a five star hotel – you show them. I am simple – I fly economy. You will find me visiting service stations in rural Rwanda eating peanuts and bananas in the car driving for hours.

“I go to depots in different countries eating with the staff in simple canteens – not fancy restaurants. This is the way you recover. It is not by doing the shiny expensive stuff. You can’t do it otherwise.

“And when your team sees you sacrificing, they will sacrifice as well. They have each made a huge contribution to our success story. Tomorrow in Zambia this company will sell 1.5 million litres – and the country manager there is only 28. I am proud of my team.” 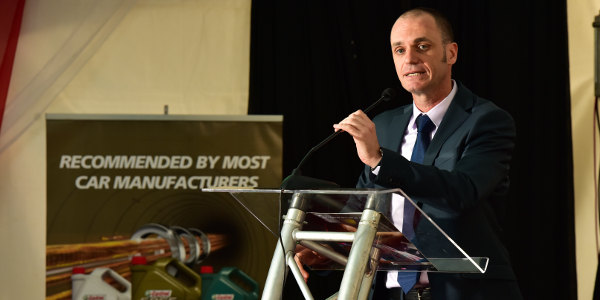 Learning from the military

The KenolKobil boss picked up some of his management tactics from the Israeli military. He joined the army at 22, and rose through the ranks to become a major, before he quit to study economics.

“When you are in the bush with the soldiers, you eat with them even if you are an officer [and] you sleep beside them. You don’t sleep more than them, you don’t eat better food than they do, you don’t get five-star service. So for me, leading by example is something I started a long time ago. I can’t do it any other way.”

Ohana is also a hands-on manager. He sits in for job interviews, even for interns.

“Who is an intern?” Ohana poses. “It is a potential employee. You give them three months but if you see something in them, you keep them. There is no interview I have not attended for the last four years. I believe a manager must go into the details, be involved in the business and lead by example.”

“I have been too harsh at times. But look, we had a lot of pressure to recover because things were really bad. We were on the front page in some newspapers and people were talking about how we were going to collapse. So it was a lot pressure.”

With KenolKobil out of trouble, Ohana grapples with other kinds of challenges. Kenya’s market is overly competitive with more than 100 oil marketers.

“Some people are trading oil inside the pipe. Some briefcase guys put tag names to themselves – they have no office and no service stations – and they get allocation in the pipe and then they trade it inside the pipe. This is congesting the pipeline and companies which are invested heavily in Kenya and in the region such as KenolKobil get smaller allocation because the pipeline has limited capacity. So we have to bring some products from Mombasa to Nairobi on trucks – so it is impacting us big time.”

For companies struggling – and there are quite a few in Kenya currently – Ohana says it is possible to return to the glory days. Kenya’s national carrier Kenya Airways, the country’s leading sugar producer Mumias Sugar and listed supermarket chain Uchumi have all recorded poor performance in recent years running into billions of shillings in losses.

To turn around a poorly performing business Ohana says one has to make tough calls.

“When you are already in a problem situation, the first thing I would look at is your expenses. When you are poor, you are poor. You can’t be poor and eat cakes. So cut your costs as much as you can.

“Then I will stick to high yield margins,” Ohana advises. “You must consolidate, reduce volume and focus on high yields. After you have finished your restructuring and cost cutting, just focus on where you have an advantage, and where you generate high margins. And from there grow.”