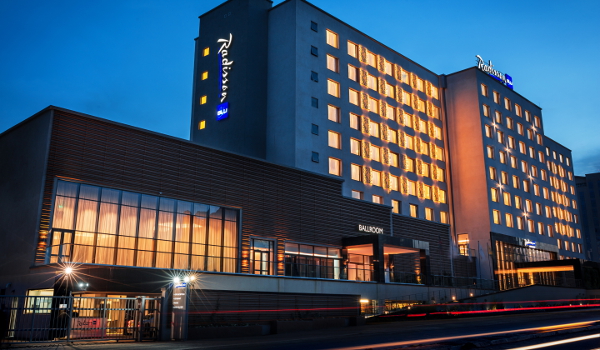 African pension funds are beginning to show more interest in investing in hotel real estate, according to Andrew McLachlan, senior vice president of business development for Africa and the Indian Ocean at Carlson Rezidor Hotel Group.

McLachlan says the hotel operator – which owns the brands Radisson Blu and Park Inn and has a presence in 29 countries on the continent – has been talking with pension funds in a handful of African markets that are looking at acquiring hotel properties. These schemes are more interested in purchasing existing hotels that are already up and running, rather than constructing their own from scratch.

“If you track [hotel real estate as an asset class] over a 10-year period, it actually outperforms commercial, residential, or light industrial real estate,” he told How we made it in Africa.

“A hotel which is internationally managed tends to be a hotel property that is well looked after with a proven track record from a performance point of view… So in east Africa, west Africa and in the SADC region outside of South Africa, we are actually having discussions right now with pension funds that are looking to acquire existing properties.”

Globally, most international hotel operators don’t own the properties they run, but instead enter into management agreements with the property owner to run the hotel’s day-to-day operations under their brand for a fee. In North America and Europe, these hotel properties are typically owned by real estate investment trusts (REITs) and pension funds. But in Africa these owner classes are not as developed and McLachlan notes they are usually owned by high-net-worth individuals or governments.

“And where it is the government [that owns the property] it could be a situation where the government realises that for it to attract foreign direct investment into a city or country, it needs to have certain facilities in place for someone coming into the oil and gas, telecommunications or the banking sector,” he adds.

“So we have a number of hotels [in Africa] where it is either 100% government-owned or government is a shareholder in the hotel because they recognise that having an international hotel in their capital city is important for them to actually drive business into the city.”

However, McLachlan believes that new classes of hotel owners are beginning to emerge and says that, for the first time, some countries are seeing developers build hotels and then sell it to a second owner – rather than one owner holding onto a hotel for a long period of time.

“These [developers] also recognise that there are pension funds or equity funds which want to participate in hotel real estate but don’t want to take the development risk – because there are too many scary stories of hotels that have been under construction for 10 years and ended up costing double the price of what was originally expected. So [these funds] are not prepared to take the development risk, but they are prepared to pay a premium, once the hotel is open, so as not to have to play in that risk side of property [development].”