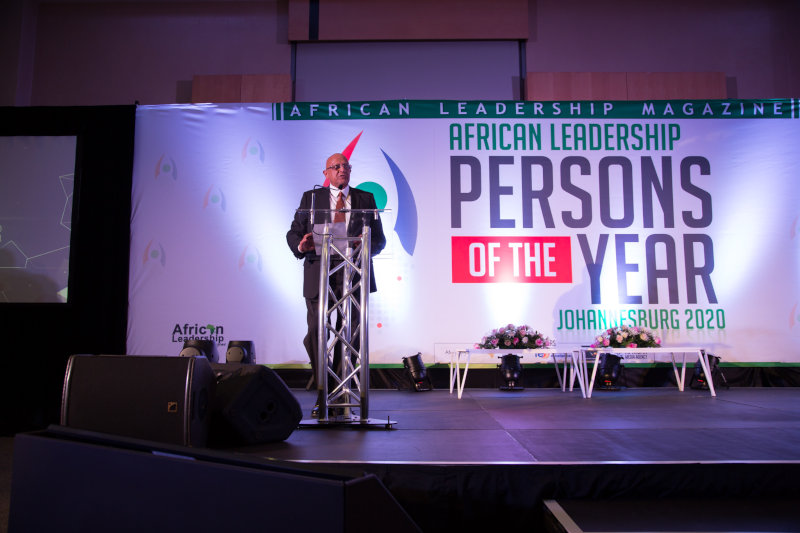 Professor Karodia, Founder of MANCOSA and of REGENT Business School, received the award for his contribution to the advancement of education and the transmission of knowledge in Africa. During the ceremony, held on 29 February in Sandton, Johannesburg, he was named ‘The Greatest Visionary in Africa for the Development of Higher Education’, underscoring his commitment to developing education in Africa over the past four decades.

In an emotional speech, he said, “I would like to salute the students, staff and graduates of the Honoris United Universities network and the outstanding work of all teachers and actors who are helping to train future African leaders”. He also spoke of the impact of the fourth industrial revolution, which he said makes traditional approaches to higher education less and less relevant.

“The fourth industrial revolution will render a large part of the current system obsolete in the coming decades. Artificial intelligence will be the driving force behind the fourth industrial revolution, and it will eradicate from the labour market many tasks that are currently performed by humans. The fusion of man and machine will require a rethink of education to meet the challenges of the future.”

He also spoke of the importance of lifelong learning and the ability to quickly acquire new skills, comments mirrored by the CEO of Honoris United Universities, Luis Lopez. “I am very proud to have Prof. Karodia as a director of Honoris United Universities. His knowledge and foresight are invaluable to our pan-African vision of Education for Impact. This recognition is the culmination of more than four decades of commitment to the development of quality and accessible private higher education. A pioneer and visionary, he has made MANCOSA and REGENT Business School leading academic institutions. His core belief of supporting world-class African human capital, encapsulated by Honoris, is an inspiration to us and to those who know him.”

Honoris United Universities, the first pan-African private higher education network, stretches from Casablanca to Cape Town and from Tunis to Johannesburg. The network brings together a community of 11 institutions in 10 countries and 32 cities, on-campus, remote and online. Its institutions provide degrees in the fields of health sciences, engineering, computer science, commerce, law, architecture, arts and design, media, education and political science.