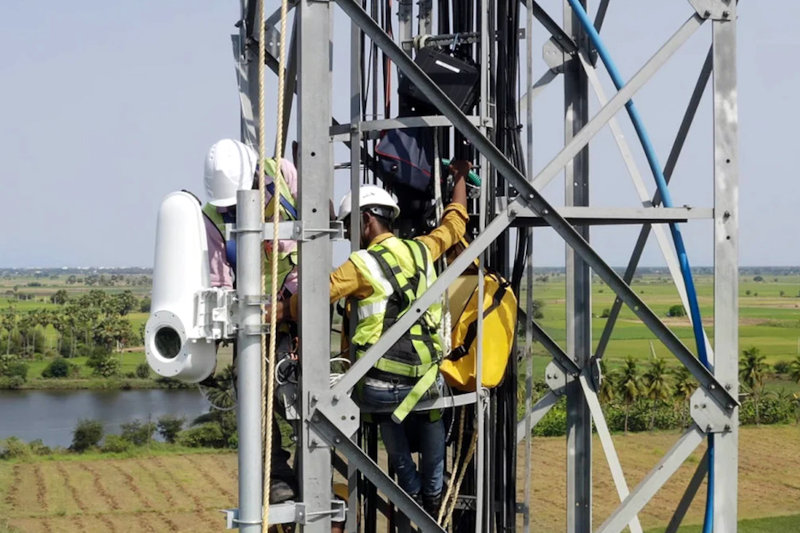 Alphabet’s Project Taara is now beaming high-speed internet across the Congo River to millions of people in Brazzaville and Kinshasa, in what is expected to further bridge the digital divide in central Africa and accelerate online businesses.

Alphabet, Google’s parent company, partnered with Liquid Intelligent Technologies (LIT) to bridge a 4.8-km connectivity gap between Brazzaville in the Republic of the Congo and Kinshasa in the Democratic Republic of Congo (DRC).

This is a major breakthrough that solves the challenge of painstaking laying fibre optic cables across the Congo River, the world’s deepest and second-fastest river.

Before the novel initiative, dubbed “Project Taara”, connectivity was five times more expensive in Kinshasa than in Brazzaville.

Brazzaville and Kinshasa are only 4.8km apart but because of the speed and depth of the Congo River, it wasn’t possible to build a fibre connection between the two cities.

To be successful, cables would have had to travel more than 400km, making a project infeasible financially. There is no bridge across the river between the two major cities.

“After installing Taara’s links to beam connectivity over the river, Taara’s link served nearly 700 TB of data – the equivalent of watching a FIFA World Cup match in HD 270,000 times – in 20 days with 99.9% availability,” X said on its website.

“While we don’t expect to see perfect reliability in all kinds of weather and conditions in the future, we’re confident Taara’s links will continue to deliver similar performance and will play a key role in bringing faster, more affordable connectivity to the 17 million people living in these cities.”

Project Taara is expected to prop up e-commerce and digital services in Kinshasa, which have struggled due to unstable and expensive broadband connectivity. It is also expected to help bridge the digital divide in that market.

According to Internet World Stats, there are just over 16 million people in the DRC connected to the internet, against a population of over 92 million.

That means there are fewer people connected to the internet in the country than there inhabitants of the capital, Kinshasa which boasts 17 million people, one of the most populous in Africa.

Neighbouring Congo Republic, on the other hand, only has some 833,000 internet users, representing 14.7% of its 5.3 million population.

Taara’s success comes on the back of Alphabet’s less successful Project Loon, a broadband project using balloons in the stratosphere, which shut down early this year.

But Loon provided critical technical data that X used to make the beaming of light internet connectivity possible across the Congo River.

According to X, internet-beaming works almost the same way fibre optics does.

In the same way that traditional fibre uses light to carry data through cables in the ground, Taara’s wireless optical communication links use very narrow, invisible beams of light to deliver fibre-like speeds through the air.

To create a link, Taara’s terminals search for each other, detect the other’s beam of light, and lock in like a handshake, to create a high-bandwidth connection.

“For a long time, wireless optical communications haven’t been considered a viable option because the signal reliability is compromised by conditions like fog and haze, or interruptions like birds flying in front of the signal,” X said in a statement. Now, it seems, X has solved that problem sufficiently for it to launch Taara.