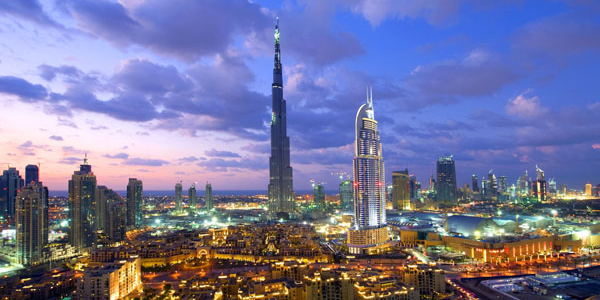 The Dubai Chamber of Commerce and Industry recently commissioned a study on the opportunities for Gulf investors in the African market. The research, conducted by the Economist Intelligence Unit (EIU), revealed growing commercial interests between the regions.

While trade between the Gulf Co-operation Council (GCC), an economic alliance of six Middle Eastern countries, and Africa remains modest, foreign direct investment (FDI) is growing. For example, a number of African multinationals have set up their headquarters in Dubai, such as Mara Group and Atlantic Holdings.

On the other side, the EIU’s research shows that between 2005 and 2014 Gulf firms injected at least US$9.3bn in FDI into sub-Saharan Africa, with a further $2.7bn in the first half of 2015 alone. Nigeria, South Africa, Kenya and Uganda are the markets that attracted the largest number of Gulf investors. However, over the same period, investment from Gulf countries into North Africa has been almost 10 times as much, illustrating closer links between the Arab regions.

Diplomatic links have also been developing. For example, last year Ethiopia opened an embassy in the UAE, while Ghana opened one in Qatar this year. And the UAE’s minister of economy, Sultan bin Said al-Mansouri, made a state visit to South Africa in June.

The report, titled Beyond commodities: Gulf investors and the new Africa, highlights both the existing and potential role for Gulf investors on the continent.

According to the research, East Africa is the “most appealing region” for non-commodity investment from the Gulf, with Ethiopia’s manufacturing industry; Kenya’s and Mozambique’s retail and tourism; and Uganda’s education sector being of particular interest.

With the conventional banking sector being less developed and competitive than other regions in the world, there is potential for “relatively high” profit margins for Gulf banks, especially within trade and infrastructure project financing, notes the report.

“Islamic finance is perhaps where the Gulf’s involvement is most pronounced,” states the report.

South Africa’s first sovereign sukuk, a bond offering that complies with Islamic law, was arranged by the Kuwait Finance House, and was oversubscribed to $500m in 2014. This followed sub-Saharan Africa’s first sukuk in Senegal earlier that year, with Nigeria and Kenya also considering issuances.

“The primary motivation for African countries to issue sukuks is to access the financing available from the Gulf’s Islamic banks. These banks are also active in commercial deals, such as Ibdar Bank of Bahrain’s sharia-compliant purchase and lease-backs of planes for Ethiopian Airlines and RwandAir.”

With about 30% of the sub-Saharan African population being Muslim, there is also likely to be a growing demand for Islamic finance. “Al Baraka Bank of Bahrain was an early pioneer, establishing South Africa’s first Islamic bank in 1989. Dubai Islamic Bank has recently received, in principal, approval from regulators in Kenya to establish a branch, expected to open by the end of 2015,” continues the report.

“As more countries roll out legislation to support Islamic banking, there will be further opportunities for entrants.”

Given the limited amount of suitable listed equities in many African markets, and businesses often being family-owned, the EIU’s research has identified opportunities for Gulf companies to invest in the continent via private equity. The Middle East’s Abraaj Group is a leading private equity investor in Africa, with other Gulf firms such as Saudi Arabia’s Swicorp and Dubai’s Kappafrik also active in the market.

A number of Gulf companies are also making direct investments into private African companies. For instance, in 2014 the Investment Corporation of Dubai invested $300m into Nigeria’s Dangote Cement.

Another option for Gulf firms is to target companies already backed by private equity firms, with a number of these players approaching the end of their fund lives and looking for exits. Co-investment with private equity firms is also an attractive option for Gulf companies that have limited experience in Africa, but want to develop exposure alongside a more experience player.

“A number of private equity funds that launched in 2007-2008, with around $1.5bn in initial capital invested in sub-Saharan Africa, are nearing or completing the end of their fund lifecycles, and could offer opportunities for Gulf investors across countries and sectors as they negotiate exits. The largest of these are the Lereko Metier Capital Growth Fund, the Emerging Capital Partners Africa Fund II and Helios Investors LP,” states the research.

“Before 2014 there were roughly a dozen shopping centres north of South Africa that were larger than 20,000m², and their combined retail area was smaller than Dubai Mall, the largest shopping mall in the UAE.”

However, between 2014 and 2015, another dozen opened, with a similar amount expected in 2016- 2017, many with major South African supermarkets, like Shoprite, as anchors. However, while some Gulf-based retail companies are engaging with Africa, there is potential for more to do so, notes the research.

“Three sectors are well-developed in the Gulf and could provide a platform for expansion into Africa: automotive sales, hypermarkets and franchise stores.”

Travel and tourism a draw card

The report highlights that both business and leisure travel is increasing as connectivity improves, with room for further growth.

The countries with the most developed tourism sectors are South Africa, Ghana, Tanzania and Kenya, while the sector is emerging in others such as The Gambia, Mozambique and Rwanda. However, one of the greatest challenges for the sector is security. For example, the 2013 Westgate Mall attack in Nairobi by al-Shabab led to a 4% drop in tourist arrivals during peak season in 2014.

Gulf airlines, such as Emirates, have been particularly active on the continent, and have also been directly involved with African carriers, such as Etihad’s 2013 purchase of 40% of Air Seychelles.

Gulf hotel brands are also showing some activity on the continent. Dubai’s Rani Investment is the largest investor in Mozambique’s tourism industry with four luxury hotels.

“The Mozambican market appears a particularly fast-developing tourism hotspot for other investors too, suggesting that Gulf investors are not alone in identifying its potential,” adds the report.

Poor infrastructure has made transport and distribution in Africa a major challenge. However, some Gulf-based logistics companies are expanding their operations on the continent. For example, the UAE’s DP World manages ports in Mozambique, Egypt, Algeria and Senegal while Kuwait’s Agility is active in 11 African countries with plans to develop five warehouse distribution parks on the continent.

“Gulf firms have experience to share in this field, but only a few are exploring investment in Africa,” states the report.