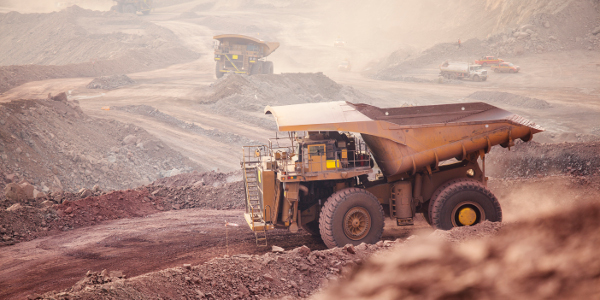 Demand for lithium-ion batteries is booming. They’re found in laptops, mobile phones, tablets and more recently in electric cars. According to a new UBS study, by 2025 almost one in every six vehicles sold will be electric. General Motors alone, plans to release at least 20 fully-electric models by 2023.

Growth in electric vehicles, together with the already massive market for tech devices, is driving orders for lithium-ion batteries – which in turn is boosting demand for lithium and cobalt, two of its key elements.

In a recent webcast, hosted by the organisers of the annual African Mining Indaba event, experts discussed how African countries can reap the benefits from increasing demand for battery metals, and the factors that will influence investment in countries with significant cobalt and lithium deposits – namely the Democratic Republic of Congo (DRC), Namibia, and Zimbabwe.

Cobalt: “The DRC is a geological freak”

Cobalt is sourced as a by-product of copper and nickel mining, and nowhere in the world is it as abundant as in the DRC.

“It is quite clear that the DRC is integral to the future of the cobalt market,” said Tony Southgate, the head of strategic cobalt marketing at Eurasian Resources Group.

“There is no two ways about it, the DRC is a geological freak in that sense, with the highest cobalt resources in the world by far. And in our opinion, all of the new growth of cobalt demand will be in the DRC.”

However, the DRC’s cobalt industry has been held back by human rights concerns. A sizeable chunk of mining done in the DRC is artisanal, which is plagued with the exploitation of miners and even child labour. Automotive companies have begun to scrutinise the supply chain to help stem the flow this ‘immoral’ material into the market, and some are no longer prepared to buy this cobalt. There has also been closures of mines suspected of unethical practices in the extraction of cobalt.

Anthony Milewski, the managing director of Pala Investments and chairman at Cobalt 27, said the only way to solve the challenge is to offer these artisanal miners other economic opportunities: “It really is a problem about poverty, and it is about addressing access to jobs and income, and this is a longer-term problem… But ultimately you will never solve the problem until there are other opportunities for the individuals in the area – and that is a bigger problem than any mining company or car company can fix.”

Other hurdles for mining in the DRC include under-developed infrastructure and a generally tough business environment. The country ranks close to the bottom – in position 182 out of a total of 190 – in the World Bank’s 2018 ease of doing business rankings.

“Mining projects in the DRC are not small, they need significant investment and there aren’t that many mining companies in the world who have the experience on the ground, and are prepared to invest that money in the DRC… Even the Chinese companies occasionally find it difficult to operate in the DRC,” commented Southgate.

But despite these difficulties, some 60% of the world’s cobalt currently comes from the DRC, with this percentage set to increase. Cobalt miners therefore “have to ease up to the fact that [they] are going to the Congo, one way or another,” as Milewski pointed out.

Africa’s contribution to global lithium supply is currently only about 7% – and this is predominantly produced in Zimbabwe. In fact, the southern African country is home to one of the world’s oldest lithium mines, which has been operating for some 40 years.

However, Zimbabwe’s long-standing political turmoil and restrictive mining legislation has driven many investors from its borders.

The world’s top lithium producers in 2016 were Australia, Chile, and Argentina, which mined 14,300 metric tonnes (MT), 12,000 MT and 5,700 MT of lithium respectively, compared to Zimbabwe’s 900 MT. In addition, these countries are sitting on massive reserves when compared to Zimbabwe. For instance, Chile has 7,500,000 MT of lithium deposits, while Zimbabwe only has about 230,000 MT.

Milewski is of the opinion that there is very little reason for lithium miners to invest in a country such as Zimbabwe when there are other “safer” options.

“I don’t see that money is going to flow into risky jurisdictions for lithium because there is plenty of lithium in safe places… So it is going to be one hard road to get real investment dollars into lithium into Zimbabwe in my opinion.

“We’ve all got hopes for Zimbabwe. It has got some good infrastructure, it is at a very low ebb. But there is still a country risk there, and that’s one of the factors that took us to Namibia,” said Tony Harwood, CEO of Montero Mining and Exploration, which is currently developing a lithium project in Namibia.

“Why Namibia, why not Zimbabwe or the DRC? Well Namibia has got a long history of mining, it has had some small mines and major mines – there is a lot of money that has gone into Namibia in recent time in terms of development, certainly in the uranium sector, but also in gold. And it has got good infrastructure, and it looked like it has got some good deposits,” he added.

Montero will be joining mining company Desert Lion Energy, which is developing a large-scale lithium mine in Namibia, and recently began production of lithium concentrate from stockpiled material.

According to Southgate, there will be demand for the both lithium and cobalt for the next seven to 10 years, or “until another new revolutionary battery technology comes along”.

“It is a huge opportunity for Africa,” he remarked.

However, Milewski highlighted the importance of ensuring the ethical mining of these commodities. “Africa stands in a great position to benefit from this, as long as [stakeholders] realise that the buyer of the electric vehicle is a different kind of individual – they are a green individual, they care. And I think if you’re sitting in Africa, what you need to think about is making sure whatever it is you’re producing is sustainable, ethical and that you can show a supply chain all the way back in a way that is going to suit not only the automakers, but ultimately the end buyer.”

Harwood added that “if you can find the right project in the right jurisdiction, it is going to be good times for the battery metals”.