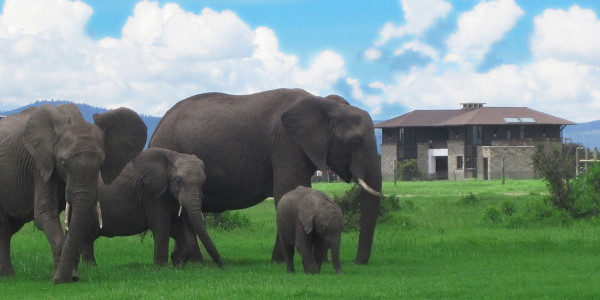 If recent developments are anything to go by, the area around the foothills of Mount Kenya, Africa’s second highest mountain, is fast emerging as a hot spot for residential and commercial real estate.

Located approximately 200km from Nairobi, property in Laikipia County, at the foot of mount Kenya, has been seeing rent increases caused by rising demand for housing.

Kenya’s Daily Nation newspaper reports that the Laikipia County government recently doubled rents, and (in what seems like a response to the higher demand from developers) is proposing a hike in land rates of nearly 3000%, from KSh3.50 to KSh100 (US$0.03 to $1) per acre (0.4 hectares) for estates larger than 100 acres (41ha).

According to the Laikipia County government, the area generated approximately 2.5% of Kenya’s total annual national tourism revenue in 2014. In addition to tourism and agriculture, it also acts as a military base for the British Army in Kenya (BATUK) and the Kenya Defense Force, which has contributed to raising its profile and cultural diversity.

Below is a look at some of the new developments in Laikipia County.

This $70m five-star resort is being co-developed by Mount Kenya Holiday homes (an existing development with 22 holiday homes) and Swiss International Resorts. Set to open in 2017, it will consist of 67 villas, 128 apartments, 86 townhouses and 75 hotel suites. The resort will also have a golf course, club house, and two restaurants.

Located 24km from one of Laikipia’s two largest towns, Nanyuki, it is being built to capitalise on the deficit in bed capacity around the Mount Kenya region. The development will be sold and leased back to Swiss International Hotels for use as rental villas. Through this partnership, Swiss International, which owns 27 hotels on three continents, will become the resort’s sole hospitality provider. This is the first Kenyan hotel for the group, which has two hotels in Nigeria, one in Rwanda – with another one in development – and another in Sierra Leone.

This Nanyuki shopping centre is capitalising on the boom in middle-income consumers coming to the area on holiday, and is set to be the largest mall in the Mount Kenya region. At a cost of KSh1.3bn ($13m), it will house 12,000m2 of retail space in its first phase, and an additional 6,000m2 in its second phase. Its confirmed tenants include Java House and supermarket Chandarana Foodplus.

The development consists of 67 villas in a series of 10 villages, a club house, restaurants, training and events grounds, a chapel, library, water park, sports centre and health club.

The focus of this development 12km from Nanyuki is the wildlife, with houses clustered around waterholes and salt licks, and views of the Mount Kenya, Lolldaiga Hills and Aberdare mountain ranges. The estate consists of 100 holiday homes at the Ol Pejeta Conservancy and will cover 1,000 acres (405ha) in the eastern corner of the conservancy. Most houses at the development have been sold at KSh33m ($330,000) each.