West Africa’s internet penetration level remains one of the lowest in the world, but a booming market for mobile phones has more tech companies sensing opportunity. 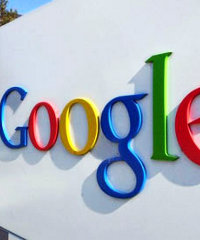 US search giant Google has set up offices in several countries in the region and is encouraging a new generation of tech-savvy Africans to lead the way in fostering Africa’s burgeoning tech movement.

About 1,000 developers and entrepreneurs travelled to the University Cheikh Anta Diop in Dakar, Senegal, this week for a Google conference.

The conference is one of three planned for West Africa this year, as Google seeks to promote its products while at the same time educating developers and entrepreneurs about creating their own business opportunities.

“At the end of the day we want to get them, first, excited about doing stuff online,” said Deme. “We think they’re not using all their talents now online to create content. We want them to learn about these tools and use them, and we want them to give us all the feedback we need to do more with them.”

He said when Google first started in Senegal, it was difficult to get a hold of the developer community, which was spread out and not connected. Early events by Google attracted maybe 150 people, but the community is now starting to come together.

A monthly get together of what Deme describes as “hardcore” Google enthusiasts meets to discuss ideas and work on projects. He says a new chapter is going to be started in Thies just south of Dakar.

Binta Coudy De, a 21-year-old IT student is a member of the Google Tech group in Dakar. She’s creating an application on Senegal’s Goree Island, the UNESCO World Heritage site that used to serve as a slave port and is now a major tourist attraction. She says she likes using Google’s products because they are free.

“I’m a student,” said De. “I don’t have any money to deploy my applications on the Web. So Google is here for that.”

Deme says he hears this complaint a lot, about the difficulty of financing projects and of logistics, especially in a city where electricity, and thus internet outages, are frequent. He says he’s working with developers on these problems, but wants them to be less motivated by profit.

“First of all what I’ve been telling them: You are talented, you develop, but right now you don’t put stuff online,” he said. “You develop a website because someone pays you to do it. You ‘re not developing your own projects, you’re not developing for mobile. We need to show them the opportunity once they see, they’ll go and grab it.”

Mobile growth is particularly important on a continent where cell phones represent more than 90 percent of telephone lines, according to telecommunications research group BuddeComm.

A computer science engineer Hovi Kokouvi Amen, who works with Google on a project called Mapdroid, says he thinks the biggest obstacle for Senegal, and Africa on the whole, is access.

He says for there to be a tech revolution, internet access must be expanded. Internet penetration in Senegal hovers around 7 or 8 percent of the population, and no one can benefit from the new technologies if they don’t have access to it.

Google insists it is not looking to turn a profit now, or in the future, in Africa, but of course, if internet and mobile tech growth continue that could one day change. – VOA