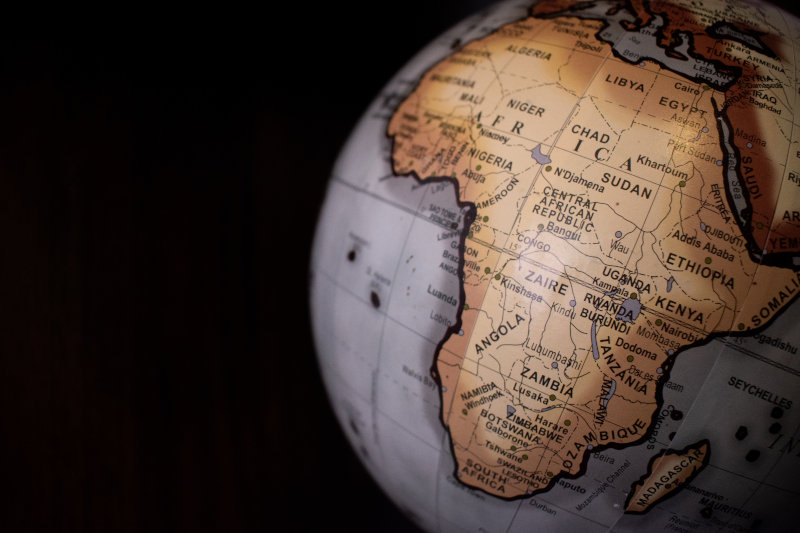 Simmering rivalries and strategic shifts between superpowers and their allies are offering Africa more geopolitical and economic agency, as it seeks to avoid the pitfalls of the past.

Africa has the opportunity to rack up diplomatic and economic benefit, as geopolitical competition involving former cold war enemies, the US, Russia and China – and their allies – raises the geostrategic profile of the continent.

Unlike in the Cold War era where it was treated as a pawn on a grand chessboard, experts expect a more strategic Africa that aligns its foreign policy with broad-based, continental economic interest, particularly with Africa’s resources becoming increasingly important to greening economies around the globe.

The potential for a realignment comes on the back of the great power fallout following Russia’s invasion of Ukraine, with both the US and China – as well as Russia – increasingly keen to expand their sphere of influence in Africa.

On August 23, China announced it will waive 23 loans for 17 African states, further assuaging fears of its highly speculated debt-trap diplomacy on the continent. Its pardon is in addition to Beijing’s cancellation of more than US$3.4 billion in debt and restructuring of $15 billion of debt in Africa between 2000 and 2019. Beijing will also redirect $10 billion of its International Monetary Funds reserves to the continent in an unprecedented move seen by observers as one intended to shore up its diplomatic leverage.

Tellingly, however, China’s decision to forgive some African loans comes amid rising tensions between it and Taiwan that hit a crescendo during the recent visit of US House of Representatives Speaker Nancy Pelosi to Taipei.

Meanwhile, the US which has treated Africa as a backwater in its policy decisions is now signalling a shift towards greater involvement on the continent to counter China. Early this month, US Secretary of State Antony Blinken was in Africa and vowed that Washington would not dictate which choices Africa makes and “neither should anyone else” contradicting his initial appeal for Africa to condemn Russia’s war. “African nations have been treated as instruments of other nations’ progress, rather than the authors of their own,” he said during his visit to South Africa.

Blinken’s visit came at a time when China is out-competing the US and its allies in Africa on both political and economic fronts as reflected in the UN vote to condemn Russia. Blinken’s visit was also immediately followed by a visit by Igor Sechin, widely regarded as Russian President Vladimir Putin’s unofficial “second in command”, to South Africa. The “secret” visit was reported in South African media.

There are 54 African countries represented at the United Nations, which often vote as a block, making Africa an important force in multilateral diplomacy.

This would include investing in green energy production, road and rail networks and businesses.

“Our votes at the UN are highly prized and our national interest should inform us in how we avail our votes,” Satchu said.

For Africa to benefit, however, he argues it needs to ensure it is not used as a proxy battlefield, as happened during the Cold War.

“Whilst many see this current scenario as a new Cold War and some would argue that African countries need to pick sides, I see it as a unique opportunity for African countries to pit the great powers against each other and thereby not only get a seat at the table but through competition achieve a better net outcome for their citizens.”

“However, the big picture remains that we are a growth market in the medium term. Our resources will power the 21st world and therefore we need to now appreciate that we are a value proposition.”

The United States Institute of Peace (USIP) notes that China invests heavily in Africa because it sees a continent of abundant natural resources, including strategic minerals, and a growing, youthful population that offers significant commercial opportunities.

In 2020, African countries accounted for seven of the world’s 10 fastest-growing economies.

“China’s foreign policy seeks to legitimise the Chinese Communist Party at home by winning accolades and showing its clout worldwide, including in Africa. Turkey, India, Russia and many other countries are increasingly active in Africa and should not be ignored. But none come close to the current or potential size and scope of China’s footprint in Africa,” USIP asserts.

In April, US Africa Command’s Gen. Stephen Townsend told the House Committee on Appropriations that China’s heavy investment in Africa as its ‘second continent,’ and heavy-handed pursuit of its One Belt, One Road initiative is “fueling Chinese economic growth, outpacing the US, and allowing it to exploit opportunities to their benefit”.

The Washington International Trade Association (WITA) asserts that China is seen as playing the long game in Africa, pointing out how Beijing has strategically invested in infrastructure projects including railroads, ports, dams, and hydropower-generation sources.

But observers say those investments could simply be a warm-up act for China’s entry into fields traditionally dominated by the US – like technology and banking.

Such a move could give Africa crucial foreign direct investment (FDI) to supercharge its growth.

But Africa will require agency.

In her analysis in The Conversation, senior research associate at the University of Oxford, Folashade Soule, urges the continent to avoid a ‘zero-sum game’, especially when dealing with the US-China rivalry.

“They should adopt measures that strategically play rivals against each other. They should also implement long-term strategies and domestic policies for dealing with strategic partners like China,” she said.