Africa’s infrastructure problem has been the root of many challenges for businesses on the continent. Inadequate roads, ports and railway networks have considerably raised the cost of transportation and trade on the continent. A lack of ICT and power infrastructure has meant Africa has some of the most expensive and unreliable internet and electricity costs in the world. These obstacles have been a hindrance to Africa’s potential and opportunities for foreign business and investment. 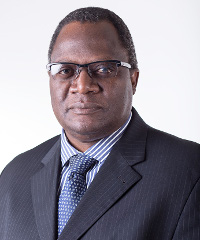 However, one way that the private sector can get involved in the development of this necessary infrastructure is through public-private partnerships.

According to Stuart Kufeni, CEO of SADC Development Finance Resource Centre (DFRC) which houses the Public-Private Partnership Network, Africa needs the private sector to fund the SADC’s investment in infrastructure.

“Most of these infrastructure projects are huge and our governments can’t raise that kind of money in total so they need the private sector participation in those projects. For instance, like now from 2013 to 2017, we are looking at projects in the region of US$65bn for infrastructure alone,” Kufeni told How we made it in Africa. “There is no way our governments can raise that much.”

In the region only two countries, South Africa and Mauritius, are mature in terms of the use of PPPs, and – according to Kufeni – the DFRC looks to promote and facilitate the use of PPPs in the 15 SADC countries.

“This means that our countries must have the capacity to identify and develop PPPs and engage the private sector for investment purposes,” he explained. “So we are capacitating our countries’ government and the other state-owned enterprises that are involved in investment as well as the Development Finance Institution. We also have to make sure that the regulatory framework within these countries promote PPPs and then, in addition to that, we need to make sure that there is also the necessary policy framework within which our PPPs can be implemented. So there is a lot to do on the ground to make sure that PPPs are successful and that is what our role is.”

In addition to funding, SADC governments also need the expertise and experience of the private sector to build and manage these infrastructure projects.

Risks versus rewards for the private sector

While Kufeni said there is indeed a degree of risk facing the private sector in these investments, it’s important that this risk is also shared by government so that the success of the PPP is a priority for both parties. “As the private sector, you have to get your returns,” he emphasised.

Returns can be made through long term equity investment and other revenue produced by the infrastructure, such as tolling on roads.

However, the lack of successful PPP examples in SADC countries outside South Africa and Mauritius means these governments need to enable private sector confidence in PPP projects in the region by establishing adequate institutions for coordinating and supporting the necessary organisational, legal and policy framework to protect both the private and public sector finance.

Kufeni said most SADC countries are in the process of developing and implementing these PPP enabling factors, but added that countries also need to look at, and learn from, successful PPP case studies in other regions of the world.

“I think PPPs are a new phenomenon within the region and I think their role will be increasing over time simply for the reason that we need the private sector to come in,” he added.

Kufeni said the fact that there are no examples of successful PPP infrastructure investments outside of South Africa and Mauritius to leverage private sector confidence is not necessarily a limitation to potential PPPs in the region.

“Some of these [private sector members] are big conglomerates. Some of these are big companies that have worked in Brazil, worked in Asia Pacific region… even in Europe; they know how these [PPPs] have benefitted the region. So even though we do not have much on the ground in terms of PPP activity, I think the private sector has the knowledge. What we are trying to do now is make sure the public sector is ready to engage with the private sector when they start talking about PPPs, and have a fair understanding of what is involved and what needs to be done at the end of the day to establish a PPP.

“So I don’t think the lack of many examples in Africa [is a problem]… I think the understanding that the private sector already has about PPPs in the other regions that have been successful is in itself a drive for us in terms of adopting PPPs because all we need to do is make sure that the environment on the ground in the region, in our individual countries is [supportive] of PPPs and to do so, we are also learning from other regions… we are going for best practices,” continued Kufeni.

“It’s the same companies in some cases that have operated elsewhere and they have seen the success of PPPs. So if we generate an environment ourselves, and [learn] from what has happened elsewhere, and the risks are minimised in terms of PPPs, I see the private sector still coming on board. Remember we are now opening up the region; we are no longer just individual countries. We have to learn from what has happened elsewhere so our lack of [examples] of projects on the ground is not a handicap at all.”

He added that many of these big multinational companies see benefits for their involvement in the infrastructure development in the SADC because it can improve their ease, efficiency and profits of doing business in the region.

“I can see the interest growing over the next five years and we can see ourselves moving outside those two or three areas where PPPs are currently crafted and being implemented more and more in the other countries [in SADC],” concluded Kufeni. “I think the future is bright for PPPs.”