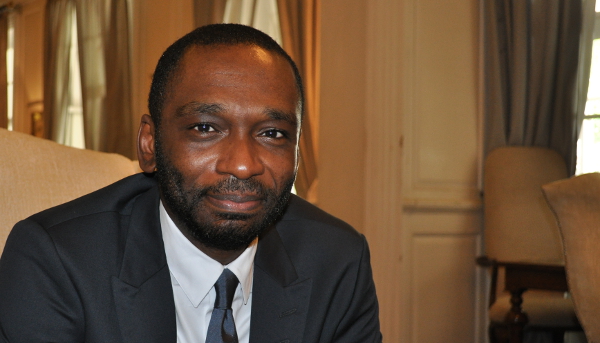 The Fundo Soberano de Angola (FSDEA), Angola’s sovereign wealth fund, today released its first quarter investment update for 2016, which covers the period from 1 January to the 31 March 2016. According to the FSDEA’s balance sheet, the total assets of the Fund are valued at US$4.56bn.

Commenting on the results, José Filomeno dos Santos, Chairman of FSDEA, stated, “As of 31 March 2016, Angola’s sovereign wealth fund has approximately 60% of its portfolio allocated in private equity funds dedicated to domestic and regional investment opportunities. These private equity commitments will enable FSDEA to generate new sources of revenue for Angola, as well as to support the development of new industries, beyond the crude oil production. Despite the current regional economic fluctuations, we will continue to invest capital across selected industries and asset classes to gain from the upcoming rebound of Africa’s business cycle.”

The highlights of FSDEA’s investment activity in the first quarter of 2016 were as follows:

FSDEA has recently secured the concession of seven large-scale farms from the Ministry of Agriculture of Angola. These concessions are located across the Republic of Angola, in the provinces of Bié, Cunene, Malange, Moxico, Kuando Kubango, Uíge and Zaire. Altogether, these comprise approximately 72,000 Ha of agriculture farmland dedicated to grains/oil-seeds and rice. Investments in agriculture are an effective strategy to enter the soft commodities markets, reduce the importation of food products and support the diversification of the local economy by catalyzing agribusinesses and industrialisation. Agriculture employs over half of the Angolan population, hence more investment in the growth of this sector means more income generation at grass root level as well as new private sector opportunities in the domestic agriculture value chain.

“Investors are invariably interested in balancing risks and returns. So, direct investments in agriculture represents an opportunity for stable long-term returns and a way to diversify away from the risks related to the traditional assets held in the portfolio. FSDEA’s $250m commitment to the agriculture sector is in line with this objective. The growing middle class population of the emerging world, the rising income levels and the expansion of urbanisation will invariably boost the demand for food products and soft commodity prices. In the long term, the FSDEA and other investors in this field stand to earn increased net returns,” further commented dos Santos.

Earlier, Angola’s sovereign wealth fund was authorised by the Ministry of Finance, Angola to adopt the International Financial Reporting Standards (IFRS) in its bookkeeping and financial statements by 2017. In line with its commitment to transparency and best practice, FSDEA embraced this opportunity by expediting the adoption process in order to ensure that its 2015 financial statements are compliant with IFRS. The latter norms are considered the most stringent reporting principles for the disclosure of financial results internationally. For the FSDEA, the conversion from the national accounting standards for financial institutions (CONTIF) to IFRS will showcase its operational and investment activity in greater detail and consistency than what was previously allowed.

Dos Santos further added, “FSDEA aims to be amongst the first institutions that are fully compliant with IFRS in Angola. Currently, none of the other national standards of financial reporting demonstrate the full scope of its strategy, investments and earnings. Angola’s sovereign wealth fund belongs to the all Angolans, and this compels us to remain committed to heightened levels of transparency and good governance, therefore adopting IFRS timely is very important.”

In 2014, Fundo Soberano de Angola established collective investment schemes to deploy private equity investments in high-growth sectors including infrastructure, hotel, agriculture, timber, healthcare, mining and mezzanine capital, domestically and across the sub-Saharan region. These sectors are shielded from global market volatility and investments within these sectors will support the government’s strategy to diversify the domestic economy. FSDEA is one of the tools used by the Government to spur growth, ensure sustainable development and reduce the country’s dependence on crude oil.

Today, $2.7bn of Angola’s sovereign wealth fund’s private equity allocation consists of shares in seven collective investment schemes, which are certified and regulated by the Mauritius Financial Services Commission, and target investment opportunities in Angola and other sub-Saharan African countries. Together these vehicles reflect the objective of FSDEA’s investment policy of generating long-term returns for the Republic of Angola and benefit its citizens by maintaining and creating wealth for the current and future generations.

Whilst the FSDEA’s 2015 independent annual financial audit is underway, the highlights of its private equity investment activity funds last year were as follows: