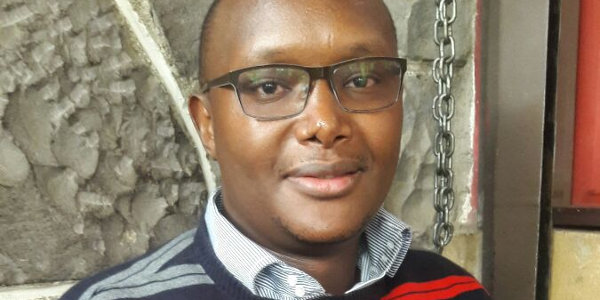 Wiko opened offices in Kenya and Nigeria, and has since established a presence in a number of other African countries through distributorships.

When it entered the Kenyan market, its sales strategy focused on three channels – the retail network of mobile operators such as Safaricom; e-commerce platforms like Jumia; and through independent outlets. In downtown Nairobi alone, there are hundreds of shops that sell mobile phones and other electronic devices.

“The open market channel (independent shops) contributes about 40% of the total sales in Kenya. At launch we selected a number of shops and worked with them to improve their offering. We provided them live display units and Wiko branding, and we recruited about 50 people – mostly university students on holiday – whom we trained, and deployed at these shops to educate and engage with consumers,” says John Mutwiri, Wiko’s Kenya country manager.

“For us the open market channel is very important because across the country you will find these shops and they move a lot of devices.”

However, the fastest growing sales channel for Wiko is online retail.

“While the overall handset market in Kenya is dominated by Nokia, Tecno and Samsung, who together control around 75% of the total volume, newer brands such as Infinix, InnJoo and Wiko, whose flagship devices all sell for under $100, are making a name for themselves in the smartphone segment. This has led to a more fragmented smartphone market as a whole over recent years. While in 2011, 70% of the market’s volume was captured by just four brands, this figure has now increased to seven,” reads the report.

In a market filled with cheap Chinese phones, which are often perceived to be of inferior quality, Mutwiri says Wiko emphasises the fact that it’s a French company.

“It makes a big difference for consumers to know that we are a French brand. The perception among consumers today is that Chinese phones are low of quality. So we focus on educating consumers to understand that Wiko is a European brand and even though manufacturing is done in China, the design is done in France.”

Customising phones for the African market

The company has also made slight tweaks to devices selling in Africa to fit local demands.

“In European markets phone memory is not a big determinant to the purchase because people have good internet connections, so when they take photos they move them to the cloud for storage. But in Africa today, the question consumers constantly ask about is the memory size of the phone.

“So if we sold the same devices that consumers in France are buying we might not be able to achieve our objectives. We have to tweak some things. For example, the Wiko Sunset2 model, which is doing really well in Kenya, has double the storage capacity compared to the version we are selling internationally,” explains Mutwiri.

“In Kenya we have seen people really want to take selfies so in one device selling here we have higher front-camera specifications compared to the model we are selling globally. We have to make some changes to make sure that the phones we sell in Africa are relevant for the African consumer.”

Feature phone not dead, yet

Despite the growth in smartphone adoption in Africa, Mutwiri notes the feature phone market still presents opportunities. Feature phones lack the advanced functionality of a smartphone.

“We hardly have sufficient stock for the Kenya market. A minimum shipment is about 100,000 phones at any given time, and when we bring that it sells out in a matter of weeks.”

“There is still a huge segment of the Kenyan population that will buy a feature phone. Think about a boda boda (motorcycle taxi operators) or someone working at a construction site – for practical reasons they might not use a smartphone.

“The nature of their job requires them to a have a long-life battery, and a phone that is versatile and unlikely to get damaged so easily. I also use a feature phone, especially when I travel a long distance and I don’t want to have issues with constantly recharging my phone.”

Mutwiri notes there are still consumers who only use voice and SMS services. Wiko’s feature phone is also an opportunity to introduce clients to the brand who could in the future upgrade to its smartphone devices.

“It is a strategic move because think about a student who purchases a feature phone that has 2G connectivity and they start accessing the internet for the very first time. In time they will want to access faster internet on a wider screen. So if we give them good services with a sub-$10 device, when they’re able to afford an upgrade they will likely buy a Wiko smartphone.”

Mutwiri notes there is still opportunity for more brands to enter the Kenyan market, but they should not expect an easy ride.

“There are companies that have been in Kenya for a while and have established themselves in the market. They have massive penetration so it is quite difficult for a new entrant to gain ground. But we have managed to break in slightly and we now have about 6.4% market share. I think there is room for more brands.

“You just need to convince consumers that what you are offering is what they are looking for, and that it’s worth them ditching their current brand.”