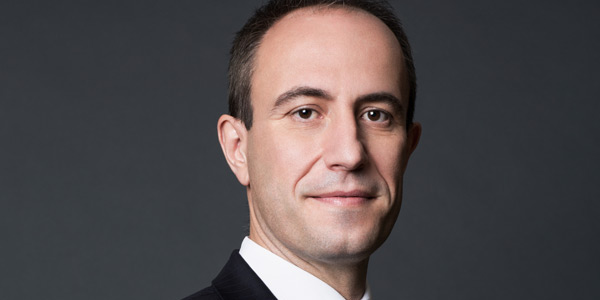 On 2-4 September, Beijing will welcome more than 40 African presidents and an estimated 1,000 business leaders as it hosts the triennial ministerial conference of the Forum on China-Africa Cooperation (FOCAC) and its parallel business-to-business session.

FOCAC is a powerful multilateral institutional apparatus bringing together China, the Commission of the African Union and 53 African nations, which serves as China’s primary policy tool to frame and guide its engagement with the African continent. Functioning at the highest level through three-year action plans unveiled at each ministerial conference, it is arguably the largest and most effective South-South cooperation platform in the world.

The rest of the world was perhaps bemused when FOCAC was established in 2000. China was embracing the African continent at a time when bilateral trade and investment was minimal, when African prospects were rather less attractive and when it was mostly being ignored by the world. Now, 18 years later, China is Africa’s largest trading partner and a significant source of capital. Cities across Africa are virtually unrecognisable from just a decade ago, largely due to the partnership with China.

It has not just been a one-way street. Africa’s markets today matter more than ever before to China. The continent has proven to be a resilient market for China, with exports rising on average 14% year-on-year since 2010 – five percentage points faster than China’s sales elsewhere. Indeed, 10 of China’s 15 fastest-growing export markets since 2009 are in Africa.

The policy mosaic of FOCAC has further underpinned China’s investments in large African infrastructure projects. These have been spearheaded by China’s policy banks, EXIM and CDB, which have to date lent around US$100bn to African governments and SOEs. Last year alone, the newly signed value of Chinese contracted projects in Africa registered $76.5bn. These projects represent more than infrastructure development service contracts for Chinese engineering and construction firms – they generally also secure new markets for Chinese capital goods and employment opportunities for Chinese labour.

While the rapid groundswell in consumer demand across Africa has been reflected in the growth of total imports from China and while Chinese loans have financed the construction of Africa’s vital infrastructure cords, the amount of Chinese foreign direct investment in Africa – contrary to popular perception – remains small.

Over the past 15 years, annual FDI flows from China into Africa have averaged $2.1bn. The most recent official data estimates that China’s FDI stock in Africa was $40bn in 2016 – up from $13bn in 2010. However, Standard Bank research believes this could be significantly understated as it struggles to capture smaller projects, investments made by individuals and reinvested earnings. Instead, Chinese interests in Africa could have reached $95bn in 2017, having expanded at an average of 33% per annum since 2003.

Much of the focus on FOCAC will be on its agreed outcomes, which will be detailed in the FOCAC 2018 Action Plan. The plan is expected to be influenced by China’s Belt and Road Initiative (BRI); Sustainable Development Goals (SDGs) and Agenda 2030, as well as Africa’s Agenda 2063 and the National Development Strategies (NDS) of various African countries.

Although Chinese firms have long been building infrastructure in African countries, learning many important lessons along the way that serve as guidelines for the BRI; Africa, technically, is a minnow at the periphery of the Belt and Road. Only five African countries are official BRI member nations. However, China wants to work more closely with emerging markets. Africa is an emerging continent with a need for technology, expertise and projects Chinese firms central to the BRI can provide. As most of the large Chinese companies that have built the roads, railways, airports, dams, ports and industrial plants in Africa over the last decade are now focused on the Belt and Road Initiative, African nations needs to come up with a way to be a part of this play. Opportunities are available to those countries that align themselves with the initiative, and FOCAC provides the perfect opening for African nations to do this.

China has announced pledges at previous FOCACs. For instance, President Xi pledged $55bn for infrastructure and development projects, most in the forms of loans, at the previous forum held in 2015. The concern now, however, is that African countries’ debt-service ability will soon dissolve. After reductions of African debt to China in the 1990s and 2000s, many African countries had comparatively low levels of external debt. This is no longer the case. Debt to China accounts for around 14% of the stock of total debt contracted by sub-Saharan African countries, excluding South Africa. African countries still have significant infrastructure and industrialisation deficits and will continue to seek China’s support in these areas during the forthcoming FOCAC. However, the emphasis may change towards securing a greater proportion of investment within more sustainable working models such as public-private partnerships and build-operate-transfer concession agreements.

Most African nations are further concerned about their trade balances with China, which have deteriorated materially since the 2015 FOCAC. Only five African countries have a trade surplus with China. African countries would hope for this to be ameliorated through partnership with China. This trade imbalance further complicates China’s geopolitical approach to Africa, undermining the emphasis on South-South co-operation and developing-world solidarity. At the 2015 FOCAC, discussions focused on how to develop Africa’s industrial base and rebalance the relationship between the Asian superpower and the 53 African countries. In light of increasing trade imbalances since then, these focuses will remain high on the agenda of many African nations at the upcoming FOCAC.

Typically, Africa sells raw materials to China and then purchases higher-value added products from China. Despite a recent uptick of Chinese manufacturing investment in Africa – particularly from privately-owned Chinese firms – African nations will want to understand why relocation of production is not happening faster. It is therefore a safe bet that discussions will be held during FOCAC focusing on the policies that Africa needs to put in place to attract greater levels of Chinese manufacturing investment. Offshoring of production to Africa would assist African job creation and ameliorate trade imbalances. It also presents an opportunity for Chinese firms to gain greater access to the continent’s fast-growing local consumer market.

Led by dazzling growth in bilateral trade and investment, China is a visible force for development and growth across Africa. It is upon the crest of state-led investment projects that rising tides of corporates and individuals have – and will continue to – shift their gaze towards Africa. This trend will continue to grow over the implementation period of the FOCAC 2018 Action Plan – especially as industrial restructuring in coastal China forces some labour-intensive firms to relocate to other parts of the developing world, including Africa.