Despite their geographical proximity, the countries of North Africa vary greatly. While some nations are still dealing with the effects of the Arab Spring, it is business as usual in others. Bachi Spiga, vice-president of operations for DHL Express in the Middle East and North Africa, knows the region well and shared his insights with How we made it in Africa. 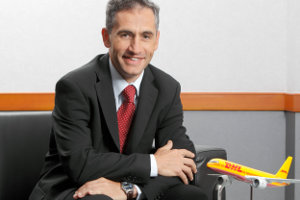 North Africa cannot be treated as a homogeneous market, and there are many differences between countries in the region.

Spiga notes that Mauritania relates closely with West Africa, while Morocco, Algeria, Tunisia and Libya are influenced by Europe. Egypt, on the other hand, draws more inspiration from the Middle East.

He adds that Morocco and Egypt are the biggest markets for DHL in terms of its own business.

Spiga says because DHL moves so many goods around the world, the company has good insight into economic trading patterns.

One of the trends he is witnessing in North Africa is the region’s growing trade links with the Middle East, India and China. “Most of the countries in North Africa are heavily reliant on trade with Europe. However, we are starting to see that they are more and more looking towards the East,” says Spiga.

While trade with Europe remains significant, this isn’t growing nearly as fast as trade with Asia.

In a recent note, investment firm Silk Invest highlighted the popularity of Bollywood films in Morocco. It also said trade between Morocco and India grew to US$1.712bn in 2010 from $573.87m in 2005.

Since the Arab Spring that started towards the end of 2010, many North African countries have seen significant instability.

Spiga says although turmoil in the region does have an impact on business, DHL continues to operate in all North African countries. “DHL invested quite heavily in North Africa over the past years. Eighteen months ago we inaugurated a new gateway facility located at Casablanca’s Mohammed V International airport. In Mauritania we will be moving to a new airport facility towards the end of next year. We are looking at investing in a few facilities in Algeria. In the beginning of next year we will also go live with a new 7,500 m2 facility in Egypt.

“So the insecurity hasn’t impeded our confidence, and it certainly hasn’t impeded our ability to do business in terms of our infrastructure. Some companies might have found that it is difficult to get a decent return on investment in the short term, but we are here for the long haul.

“I can’t think of any leader who would want a country to decline economically, so whatever happens, we’re there to serve our customers,” Spiga explains.

Spiga is also witnessing the growth of new industries across the economies of North Africa.

He says while textiles continues to be an important business in many countries, industries such as automotives, food production and life sciences are growing. He is also seeing a rise in small and medium enterprises and artisans selling goods through the internet.

Earlier this year, The Abraaj Group announced an investment in Morocco-based pharmaceutical firm Steripharma. The new investment is intended to enable the expansion of Steripharma’s footprint in the industry and help to further develop the company’s exports, primarily to North and sub-Saharan Africa.

Spiga says North African countries could potentially establish themselves as manufacturing hubs. “There are some opportunities in North Africa and the labour is certainly cheaper than in Europe. How they compete with China or India is probably the question for an investor, but North Africa is certainly closer to Western markets,” notes Spiga.