This October marked the two-year anniversary of me climbing Mt Kilimanjaro in Tanzania, one of the most rewarding and difficult experiences of my adult life. Although I had achieved many of my goals, including completing my MBA and assuming the position of CEO at the fast-paced international organisation I was working at, in many ways, I still found myself facing hard questions. I wondered where I was going with my life, and where to go next, what to be, what I wanted to do. 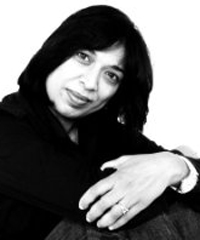 The unanswered questions eventually began looming over me… well, like a mountain. Naturally, being the practical sort, I decided to tackle it head-on. And since the figurative approach hadn’t been working, I chose to climb it literally, setting off to face Africa’s largest mountain. I can’t deny that halfway through I wished I opted for retail therapy instead, but truth to be told, I won’t exchange the lessons I learnt on my journey for anything in the world.

Patience is not necessarily a virtue one can afford in the business world, particularly in the tech space where there is constant movement, innovation and change. We have to remain agile, connected, and aware, often making snap decisions and judgments to stay on top of the game. Kilimanjaro does not afford you the opportunity to do that.

Unlike the Himalayan-style siege of Everest – where climbers attack the mountain with gusto, oxygen tanks and plenty of adrenaline – Kilimanjaro has a gentle, rambling soul that forces you to ascend slowly, and somewhat less encumbered. The Swahili term for the walk is “pole pole” – slowly, slowly. It’s just you, your gear, and what seems like an excruciatingly slow 5,895 metres ahead of you. On day one, I was completely and utterly enchanted by it all: the beauty of being in nature, being away from it all, the quiet peacefulness of the African wild.

By day three, I was over it.

I missed my phone, I missed hot showers, I missed my stressful job. I berated myself for ever having made the decision to set foot on that cursed mountain.

The good news is that that phase passes. Your thoughts become clearer. You start to realise that you can only live in the moment. You realise that you can surrender your responsibilities. You can be free of the pressure of always having to “make things happen” and take a step back to reflect on what is happening, right then and there. Everything has its time and place, and you don’t have to rush things.

Not only is it okay to take things slowly – sometimes it’s essential.

One of the best experiences about the journey was the camaraderie I experienced with fellow climbers. In a sense, the ascent mirrored a team environment – whereby a group of very different individuals work together to achieve a common goal.  It is a humbling experience, because the closer you draw to the top, the more dependent you become on others. You might be sick, you might be tired, but your co-climbers will pull you together and help you along. It’s a humbling experience, but you both have to learn to ask for help when you need it, and to give it when someone else does.

You do not always have to be tough, and you do not have to do things entirely on your own. Trust your team. Ask for help. You won’t seem weaker for it, but rather more human.

The altitude means that it can be difficult to carry your gear at times, and you do not want to be saddled with too much equipment. But it’s important to remember that you experience all four seasons on your way to the top, and it can be quite dangerous to be caught unprepared.

To me, it was the perfect metaphor for what I’ve experienced as a woman in a leadership role. For a long time, I went about with blinkers, believing that I should focus on the job and the job alone – the fact that I am female had nothing to do with it. Looking back, it was naive to think that.

My advice to women entering a high-powered position in the corporate world: accept that discrimination (from both men and women) is normal. It will happen. But don’t let that translate into a chip on your shoulder either – because it won’t happen every single time. Find a good balance between being realistic about your situation, without dragging the baggage of bad experiences along with you.

Don’t lose sight of the goal and never give up

There were many times I wanted to throw in the towel on the trip. Sometimes my fellow climbers kept my spirits up and urged me to go on. Sometimes it was my own stubborn determination that motivated me. But a lot of the time, it was the simple mindless act of putting one foot before the other.

The Chinese character for “perseverance” resembles a man walking with a sword stuck through his middle – it is apt, because perseverance is about continuing to walk despite the pain and difficulties you may be experiencing.

Reaching the summit is the hardest part of the trek, but stepping onto the Uhuru peak and watching the sun rise over the crater and distant plains is one of the most rewarding experiences you will ever have. The cold, the exhaustion and frustration melts away when you realise that you have achieved what you’ve set out to do.

Keep reminding yourself of that when things get tough. There is always light at the end of the tunnel – whether you are facing conflict, the recession or simply a crisis of identity. If it’s all you can do, keep walking.

Perhaps the most important lesson I learnt conquering the mountain is that it is not about reaching the top, but about the journey and the experiences along the way. Whatever challenges or questions or conflicts you may face today will prove to be valuable lessons tomorrow.  Keep climbing until you reach the destination you set out for.

Premie Naicker is the COO of AIGS, the sub-Saharan African distributor for Progress Software, as well as MD of Greenskills Consulting. Previous roles included a seven-year run as director and later, CEO of DST International. She holds an MBA from the Milpark Business School. She climbed Kilimanjaro in October 2010.