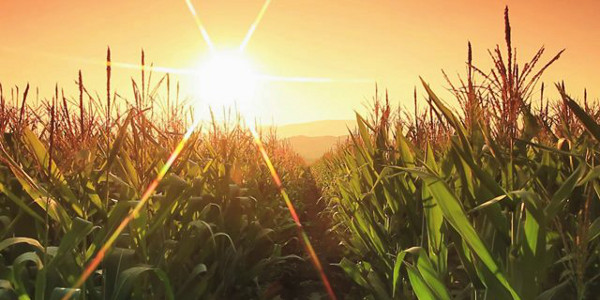 Over 500 of Africa’s youngest entrepreneurs applied for the 2015 Anzisha Prize. The competition, which recognises and celebrates entrepreneurs between the ages of 15 and 22, will be announcing this year’s 12 finalists in upcoming months.

This year saw a record number of applicants involved in farming. These young people are not only making money, they are employing others and contributing to the community. While a panel of reviewers are still evaluating entries, here is a sample of some of the young applicants operating within the agriculture sector.

Koffi Jacques Olivier N’guessan is just 18 and is founder of The Yalètitè Ent. Group, a farming organisation involved in growing produce such as cocoa, cassava, maize, bananas and peanuts in Côte d’Ivoire.

It was started to address hunger and poverty in the community, and the company also actively seeks to employ widows and orphans.

According to N’guessan, his plans are to expand into food processing, especially cocoa.

“My country is one of the largest cocoa-producing countries. However, much of its population hardly consumes chocolate because of the high cost of the product. So I would also like to get into the transformation of local Ivorian cocoa into chocolate, then even poor people can benefit from this resource.”

Henriette Dukunde is a 21-year-old biology student at the University of Rwanda who wants to play her part in fighting poverty, especially for the women in Huye, in the Southern Province of Rwanda.

Towards the end of 2013 she started Rice Project with her friend, Marie Solange Tumusange. The project organises women into four co-operatives and provides them with parcels of land – as well as seeds, fertilisers and farming materials – to cultivate rice in the Nyanza marshland.

Some 65% of the revenue Dukunde generates from selling the rice goes to the co-operatives’ 50-plus members.

“Rice Project has improved the lives of poor vulnerable women,” she says. “It has created jobs for them and enabled them to buy themselves basic daily needs.”

Cassava and maize production in Nigeria

At age 20, Tojola Bolaji is already a serial entrepreneur, having sold his first company – a platform that syndicated local news content across major campuses in Nigeria – at age 18.

He used this capital to start Tojola Farms in 2013. The business cultivates, processes, packages and markets cassava and maize in the city of Ibadan. The company already has eight employees.

“As a cash crop, cassava generates cash income for the largest number of households in comparison with other staples, contributing positively to poverty alleviation,” he explains.

Produce is currently grown on five acres of land, and Bolaji aims to raise enough capital to expand his farm and increase production.

In 2009, during school vacation, John Ssebuufu visited his uncle who is a poultry farmer, and became inspired by the huge market he saw for poultry products in Uganda. In 2012 he used the money he had saved from working as a waiter (as well as a US$50 loan from his mother) to buy 10 chickens and start his own company, JP Poultry Project.

Today the business employs four people and has 250 chickens. It supplies both chickens and eggs to local restaurants as well as individual families. It also provides other farmers in the region with free, organic chicken manure to help them increase their productivity.

In addition to providing some youth employment in his community, Ssebuufu (now 19) has also managed to pay for his school material and learnt some valuable business skills.

“I have a dream of empowering youth in my community with poultry-keeping skills,” he explains. “We are looking forward to employing 20 people in the next 18 months and also expanding the project.”