There appears to be a significant lack of foreign investment capital to develop mining projects in Africa. The continent still poses too many challenges to investors – and these obstacles are growing as African governments mature. 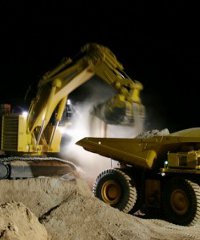 Mining companies face challenges from many fronts across the continent.

“While foreign investors are reticent to invest in Africa, there is massive opportunity for mining throughout the continent, and as infrastructure grows, so mining will grow,” says Lauren Patlansky, managing director of Grant Thornton’s Asia Business Services.

The Grant Thornton Global Mining Survey for 2014, which captures industry sentiments about mining trends affecting the industry and individual mining businesses, identified 52 different countries where mining assets are located around the world. The majority of assets reported in the survey were in Australia (33% of the respondents surveyed), US (28%) and Canada (27%). Approximately 19% of miners who participated in the 2014 survey indicated that they have assets located in South Africa.

The survey reveals that the factors which are constraining miners’ abilities to expand/grow their organisations are increased government involvement/regulations (39% of all respondents stated this as a constraint), volatile commodity pricing (26%), access to funding (10%) and permitting or processing procedures (9%).

Mining companies that should have been in production throughout Africa by now have had timelines stretched by years because of a variety of challenges. These delays are prohibitively costly.

“The challenges are not new, but they are becoming more onerous,” says Patlansky. “African governments have matured and as a consequence, they are making it more challenging for foreign investors to access their resources, compared to in the past. They are far more cautious about foreign investment, having learnt the hard way.”

Today, South Africa has strict BEE regulations, while Zimbabwe has an indigenisation policy and requires compliance certification for all business operating in the country.

“Africa is protecting its own people and governments are no longer giving away Africa’s resources and wealth,” says Patlansky.

The Global Mining Survey highlighted that the factors which are most constraining South African miners are increased government involvement and regulations (45%) – a constraint which is clearly affecting mining on a global scale – volatile commodity pricing (37%) and a shortage of skilled/experienced workers (31%).

Uncertainty surrounding the mineral regulatory regime also keeps investors at bay. Governments are clamping down and introducing strict foreign direct investment regulations which make investing trickier. Often, the exact nature of legislation in the pipeline is too vague for a clear understanding of its implications.

There is also a significant move in many African countries to enforce local beneficiation. Zimbabwe now has strict beneficiation laws and investors can no longer export manganese and iron ore in its raw form.

In South Africa, the proposed Mineral and Petroleum Resources Development Amendment Bill of 2013 authorises the minister of Mineral Resources to decide which, and how many, minerals must be locally beneficiated.

These regulations, imposed to ensure job creation, do nothing to attract foreign investors as beneficiation is significantly cheaper in other countries, such as China.