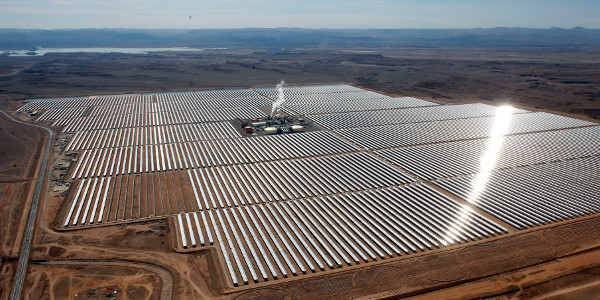 After years of a high economic growth rate, it would seem that Africa is at a cross-road, and the path taken will determine whether it will continue on its growth trajectory or begin a downward spiral.

According to the United Nations Conference on Trade and Development (UNCTAD), despite the global economic slowdown, global foreign direct investment (FDI) for 2015 increased by 38% to US$1.76tn. Developing countries have been able to attract 43.5% of this amount, about $765bn.

Despite the global FDI increase, Africa has been able to attract only about $55bn, representing 3.1% of the total. This is about the same amount of FDI as over the last few years. The five African countries that received most of this FDI are Angola, Egypt, Mozambique, Ghana and Morocco.

China on its own is a major investor in the African continent and the five African countries that received the greatest portion of the Chinese investment are Nigeria, Algeria, Ethiopia, Angola and Egypt. If we examine these investments in more detail, we find that 35-40% of the foreign investment is in natural resources – mainly mining, as well as oil and gas.

However, since the financial crisis in 2008 and the start of the economic reforms in China in 2010, demand for commodities has slowly decreased; and with Saudi Arabia ramping up supply in 2014, the drop in the price of oil was drastic. As a result, growth in these two countries has dropped dramatically.

For 2016, the IMF is forecasting that Nigeria will contract by 1.7%, whereas Angola will have no growth. Growth in Nigeria and Angola is mainly commodities-focused and, unfortunately, the dividends of the boom times have not been used judiciously to diversify and invest into the other pillars of their economic development.

For 2015, according to the World Bank and the IMF, six of the world’s 12 fastest growing economies are in Africa – Ethiopia, Democratic Republic of the Congo (DRC), Côte d’Ivoire, Mozambique, Tanzania and Rwanda.

Of these six countries, Rwanda comes out top in Africa in three international indices for 2016 – The Mo Ibrahim Index of African Governance; The World Bank’s Ease of Doing Business ranking and the World Economic Forum’s Global Competitiveness Report. For a small landlocked country that did not attract massive amounts of foreign investment, Rwanda must be commended for achieving a relatively high growth rate of 6.4% in 2015.

In the current commodities downturn, the benefits of these newly found resources will not be in the immediate term. Moreover, the ‘tuna bond’ scandal in Mozambique has tarnished its image of a high potential-growth country.

Over the last 16 years, Ethiopia has been growing at an average annual rate of 9%. Between taking power in 1995 and until his death in 2012, former Prime Minister Meles Zenawi led Ethiopia out of poverty and laid the foundation for a high growth path. He was the mastermind behind the major infrastructure project that is the $6.4bn Grand Ethiopian Renaissance Dam. This project will eventually produce 6,000MW of hydro-electricity for the country and region.

Zenawi also shrewdly leveraged Ethiopia’s relationship with China. Ethiopia has been a major recipient of Chinese investments since 2000, with a cumulative amount of nearly $17bn invested into the country.

Ethiopia has also tapped into China’s know-how when it comes to building its infrastructure. Last year, the first light rail train system in sub-Saharan Africa was opened. This $475m piece of infrastructure was built and funded by China.

Moreover, China is providing assistance to build another rail line, linking the 656 kilometres between Addis-Ababa and the Red Sea Port of Djibouti. Ethiopia is responsible for 30% of the financing, which amounts to $1.2bn.

Besides these infrastructure projects, Ethiopia has been able to attract Chinese manufacturing companies leaving China due to the rising costs of labour. Slowly but surely, Ethiopia is building the foundation of its textile manufacturing base. Not only is this providing employment, but it is also bringing export revenues and investment from international companies like H&M, Levi Strauss and others.

Another country that is laying the foundation of a manufacturing base, particularly in the automotive industry, is Morocco. In 2015, Morocco grew at 4.5%. Its annual average over the last five years is 4%. Last year, the country was a major destination for foreign investment, with a total FDI of $3.2bn.

A significant amount of this investment is in automotive manufacturing. French car manufacturers Renault and PSA Peugeot Citroen invested about $1.5bn and $630m for their respective factories. By 2020, Morocco aims to create about 90,000 jobs in the automotive industry and export about $10bn worth of cars.

Like Ethiopia, Morocco is investing massively in infrastructure, particularly in the energy sector. The first phase of what will be the world’s largest solar power station, Ouarzazate, was completed at the beginning of this year. The whole solar power project will eventually produce about 580MW at a cost of $9bn.

Over the last few years, Africa’s growth has decelerated. On the one hand, yesterday’s leading African countries have become today’s laggards, despite some of them having received massive amounts of foreign investment.

But on the other hand, in face of the current global economic slowdown, some rising African countries show that great political leadership and structural economic reforms are required to move forward. Only then will these countries be able to create an environment conducive to attracting foreign investment – one that will eventually provide competitive advantages, as well as maintain a high and sustainable growth rate in the future global economy.

Richard Li is a partner at Steel Advisory Partners in Singapore. This article was written specifically for the NTU-SBF Centre for African Studies, a trilateral platform for government, business and academia to promote knowledge and expertise on Africa, established by Nanyang Technological University and the Singapore Business Federation.