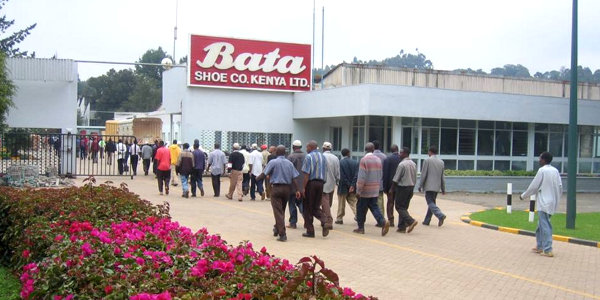 Kenyan footwear retailer KShoe plans to open about 15 new stores within the next three years, targeting upper-middle-class shoppers. The chain currently operates six outlets located within Nairobi’s city centre, at upmarket shopping malls, and in a residential location outside the capital.

Owned by Nairobi Business Ventures, the company was set up by Indian-born entrepreneurs Vasu Abotula and Raj Srungarapu. The two initially imported and supplied footwear to wholesalers before eventually starting their own retail business stocking shoes and leather accessories.

They opened their first KShoe branded shop in 2012, and within months acquired three more outlets from Pakistani footwear manufacturer Servis Group, which opted to exit the Kenyan market.

“The potential for growth is huge,” he says. “There is opportunity to add three to four more stores in the city centre. There is also possibility to expand within malls, in upcoming residential locations, and in emerging towns across Kenya such a Mombasa, Kisumu and Nakuru.”

Last year KShoe’s six outlets shifted as many as 60,000 pairs of shoes. But in five years, the target is to sell 500,000 pairs. However, this is still a drop in the ocean compared with Kenya’s estimated annual consumption of about 34 million pairs per annum.

The industry is currently dominated by second-hand imports. Earlier this year Kenya and neighbouring countries announced plans to impose a ban on used clothes and shoes, but the move is already facing opposition from some stakeholders.

Still, Abotula, the company’s chairman, says there is opportunity in the new shoe category as more and more consumers shun second-hand footwear.

“Our volumes are negligible compared to the overall size of Kenya’s footwear market. The market for new shoes is smaller than the second-hand shoe business, but we are even smaller than that. Even in 10 years we still wouldn’t reach 20% of the upper-middle class.

“The country’s population is growing at a rate of one million per annum – that is new demand for shoes adding on to existing demand every year. So there is room for existing retailers to expand, and for more players to enter the market,” says Abotula.

“There are big spenders in Kenya… and they shop regularly,” notes Abotula. “There are people who don’t even want to enter a shop that sells cheap products. They want high-quality leather products.”

The retailer imports shoes from the UK, Dubai, China, India and Ethiopia. But in coming years, Nairobi Business Ventures hopes to set up local manufacturing operations. The Kenyan government is developing a 500ha leather industrial park in Athi River, 35km from Nairobi that will host local manufactures.

“This is one of the reasons why we did not take up a franchise. We wanted to create our own branded stores, build a reputation, open enough outlets and then manufacture our own KShoe branded footwear. We hope to start with manufacturing 1,000 shoes per day. To set up a shoe factory we would need about US$70m. There is a limitation in borrowing from banks, so we intend to raise that money from the capital markets,” says Abotula.

Nairobi Business Ventures is set to list on the Nairobi Securities Exchange this year under the Growth Enterprise Market Segment (GEMS). Abotula and Srungarapu are offering 15% shareholding of the business in exchange for Ksh.28m (about $28,000). Abotula says the amount is “not enough for even one shop”, but listing would offer KShoe visibility among investors, who could in the future help finance the factory.

“We are not listing to raise capital for today’s operations but for visibility – and to get investors to understand our business and its growth potential,” explains Abotula. “We see potential in Kenya’s shoe market, but to capture the opportunities we will need big money.”