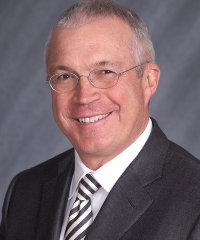 “The private sector will not finance billions of dollars in a project; it’s too big a bite from a standpoint of their balance sheet. I would argue we need the long range projects to be developed and principally funded by development agencies and at the same time fix say, Mombasa Port to Nairobi and to Kampala. That is more immediate and quicker,” said Ireland.

The General Electric Africa boss noted that it would be easier to finance smaller energy projects every year and build up on the capacity to meet a country’s electricity needs.

“Let’s just get 300MW on this year, and next year and the next,” said Ireland.

Poor infrastructure is a major hurdle to the development of Africa. In recent years, various African countries have proposed regional road, rail and electricity projects with the hope of breaking barriers to regional trade. Such projects, however, require billions of dollars to execute and will take years to be constructed.

Kenya, for instance, is building the multi-billion dollar Lamu Port-South Sudan-Ethiopia Transport (LAPSSET) project that will include a road, railway and oil pipeline network connecting the country’s Lamu port with South Sudan and Ethiopia.

A significant amount of money is needed to realise the Programme for Infrastructure Development in Africa (PIDA), an initiative focused on regional and continental infrastructure projects like LAPSSET.

“It has been very difficult to fund it (PIDA projects) because the markets are not very interested in long term financing. The money will partly come from new emerging markets, which are interested in infrastructure, but we still have considerable gaps,” said Carlos Lopes, executive secretary of the United Nations Economic Commission for Africa (UNECA).

Experts reckon that Africa will need about $93 billion every year for the next 45 years to develop proper infrastructure.

For Africa to develop fully and exploit the resources within, it has to address infrastructural challenges that have stifled trade and the growth of industries such as agriculture.

Ireland highlighted the need for maintenance of existing and new infrastructure projects.